As a British Pakistani Muslim woman, carving a name in the white-dominated media industry has been challenging. Throughout my work life, like most minority women, I have faced microaggressions and discrimination, which is to be expected in an industry where my South Asian community is heavily underrepresented.

For as long as I can remember, despite my confidence, I have felt greatly unskilled and undeserving of any job I have held. Even though in securing these jobs I had to pass exams, interviews, assessments and jump through whatever hoops – in my eyes I still got the role “as a fluke”.

This lack of workplace self-esteem stems from cultural and religious differences in the workplace, where often I have felt like an outsider, like Friday ‘drink o’clocks’ where everyone has a drink at their desk or post-work trips to the pub. Not being able to relate or bond with colleagues left me feeling like an outcast, which in turn laid the foundation for self-doubt.

Illogical feelings of inferiority due to my South Asian background have also lingered when in a room full of non-minority peers, who are, systemically, the benchmark of intelligence and the “unacknowledged norm or standard against which all are judged”, according to Dr Rima Saini, a lecturer in sociology at Middlesex University London. 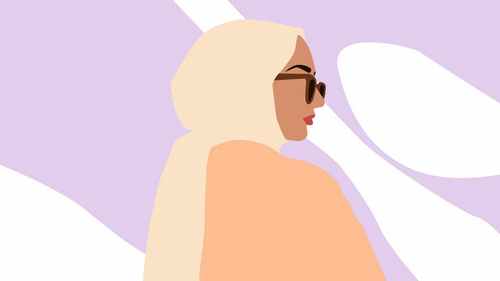 For me, lacking that cultural connection in a workplace fueled my imposter syndrome to a point where it trickled into meetings, group chats and presentations where I would find myself unable to raise a point, in fear of sounding silly or feeling that my input would be seen as an outsider’s view that’s not really welcome.

In fact, I have been conditioned to believe that any say I have, will be in some way less than what my white peers can offer.

Those who suffer from imposter syndrome believe that they have managed to convince others that they are far more intelligent or worthy than they actually believe themselves to be. Essentially, it’s feeling like a fraud and believing that a mistake has been made in the hiring process – but with racial imposter syndrome, it digs deeper into the after-effects of colonialism and oppression faced by our ancestors.

Many minority background employees feel we were hired to fulfil a diversity quota, which fuels feelings of self-doubt

According to a report by business psychology consultancy firm Pearn Kandola, 59% of 1500 workers feel colleagues had made assumptions about their ability, character or behaviour based on racial stereotypes. If we pair this with diversity and inclusion schemes, many minority background employees like myself feel we were hired to fulfil a diversity quota, which fuels feelings of self-doubt and exacerbates non-minority assumptions.

Dr Saini says that although diversity quotas can help to increase the visibility of ethnic minorities, they can also “fuel a sense of resentment amongst non-minority colleagues, and exacerbate minority individuals’ feelings of imposter syndrome rooted in the belief that hiring decisions have been made on the basis of diversity rather than merit.”

She argues that in fact, when such quotas exist, although it has paved a way for some ethnic minorities to enter certain industries, it automatically assumes that non-minority employees have been hired for a job based solely on merit. For women from ethnic minority backgrounds – who tick two boxes of being a minority – this is a breeding ground for imposter syndrome.

The challenges minority women face with issues of self-doubt in the workplace also stem from the lack of representation at the top. It makes sense when you think about it; if you don’t see anyone like you reaching senior positions then you start believing that, in part, it’s because people like you are just not skilled enough.