During a press conference for her new role as an ambassador for skincare company Obagi and its new Skinclusion campaign, the actress opened up about the racist bullying she endured during her time in high school.

Priyanka Chopra may be a Bollywood actress, a UNICEF Goodwill Ambassador and Miss World pageant winner (with a new husband in Nick Jonas, no less), but life wasn’t always a bed of roses for the star growing up in America.

Although Priyanka was born in the state of Bihar in India, she moved to the US at the age of 13 to live with her aunt, where she attended a number of different high schools in Massachusetts, Iowa, and Queens, New York. There, she endured horrendous racist bullying, explaining that her self-esteem was massively affected by the abuse.

“I was treated differently because I’m brown,” Chopra told Associated Press. “I had, you know, really racist behavior when I was in high school in 10th grade. I was called ‘Brownie,’ ‘Curry,’ [told to] ‘go back on the elephant you came on,’ and that really affected me when I was a kid and affected my self-esteem.”

“My life was an epitome of imperfection. I’m not perfect like Aishwarya Rai, beautiful, stunning,” Chopra continued. “I was a gawky kid, had low self-esteem, came from a modest middle-class background, had white marks on my legs, but only thing I knew was to work hard and learn. I didn’t know how to act or win a beauty pageant,” she said, adding “But I was damn hard working. Today, my legs sell 12 brands.”

Priyanka went on to explain that by opening up about her own experiences, we can empower victims of racial abuse and slowly start to change the fabric of society.

“The more we can talk about it and open other people’s eyes and say, ‘It doesn’t have to be that way,’ and give them more examples, I guess society will change,” she added. “I do want to create a world where my future kids don’t have to think about diversity, where they’re not talking about it because it’s normal.”

If only the bullies could see you now, queen! 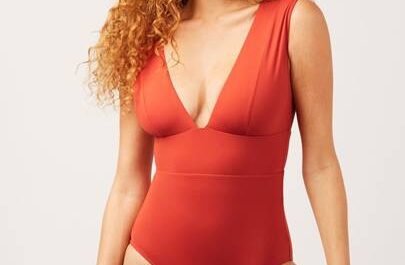