The ability to lie is traditionally considered to be one of the main childish sins. In doing so, we often push the child to lie. For example, forcing him to defend himself or overreach his inner world.

Or just giving him an example: adults usually reserve the privilege of a small lie.

Lyudmila Yurganova, clinical psychologist and head of the family counseling department of the Insight Clinic, told how she reacted and how to maintain her trust between the child and her parents, answering the questions of the visitors of the Book-Look store and the correspondent of SE.

How and when does the child begin to lie? What role does the example of parents play in this? After all, parents often do not hesitate about the child when they ask, for example, not to call them to the phone (“I’m not at home!”) …

This happens in different ways and depends on many components. But the main thing is fantasy. Once we tell a child: “It’s not real”, when we joke or read a fairy tale to him, and he learns that there is a special fantasy world. As the child grows up, the intellect is formed, including the ability to construct the nonexistent. It turns out that, on the one hand, it’s sad that the child began to lie. And on the other hand – it is an indicator of the development of intelligence, good prerequisites for the development of creative abilities. In fact, the ability to lie almost simultaneously with the ability to speak. I had to deal with children who somewhat delayed their relationship with the pacifier – and when they took it away, they were already deceiving their parents – they were hiding the nipple and they said that the pussy ate it. 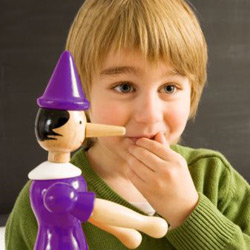 As for the role of parental lie, it accounts for about 60% of the factors in the formation of the habit of deceiving the child.

What are the main causes of childhood lies?

There is no one reason for lying. This may be the desire to avoid punishment, associated with the natural need to protect themselves. Fear of humiliation, connected with the need to protect your inner world. The fear of being an informer is known to everyone from school practice. Bragging or exaggeration related to the desire to be more interesting. Also the child can lie for the sake of checking his own strength, perceiving it as a game of “catch or not?”, Or to challenge the parental authority, feel superiority, misleading an adult. Or to get something that you can not otherwise get. And other reasons, which, as a rule, are combined with each other. Lying child, in fact, is no different from the lies of an adult. Simply adults are calculated a few steps ahead, 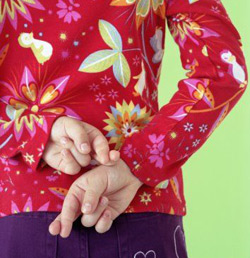 How to react to a lie?

First of all, it’s quiet. If you constantly react brightly, denounce, scold, you can – not wanting that – to push the child to lie better, more convincingly. And in the end, completely stop trusting him, even when he is telling the truth. Therefore, you need to calmly say: “I know that you are telling me a lie.” Do not need rudeness – “You’re lying!” And so on. “I guess why you’re telling a lie. Let’s try to discuss this. ”

The most important point in the relationship is whether we are allies to the child or opponents. If we behave like opponents, it turns out that for him all means are good to protect themselves.

How can this look in practice?

Imagine a specific case: a child accidentally destroyed an important document and claims that he did not. If we immediately start to scold him, we act as a prosecutor and encourage defending ourselves. If we ignore the situation, we act as a lawyer – and let’s understand that this can be done further. And you need to sit next to the child, do not hide that you are upset – to make it clear that the parents are not unfeeling robots. And say: “There was a document – and no, I do not know what to do next, I’m very upset. What do you advise me? “. That is, to talk, to give the child an opportunity to orientate and look for a way out of the situation. We share the position and become allies. In the end, it will give him the opportunity to confess over time in order to regain self-esteem.

“Vrushka” is more often called not the children who lie out of self-defense, but those who are prone to exaggeration and fantasies, those who say that he saw saber-toothed tigers, dragons and so on on a walk. Some parents perceive this as a lie, which must be stopped …

This refers to what is called castration in psychoanalysis: cutting off the child’s imagination, the parents seem to cut off-chik-chik-chik-twigs from the plant. Such a child needs an ally who will say: “You have such amazing stories! Let’s write a book? “. Because he does not lie – he creates. 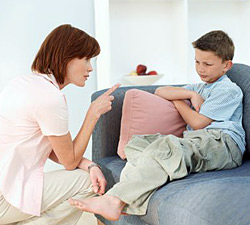 Is it worth worrying about that in fantasies the child is trying to compensate for the lack of something important? For example, looking for imaginary friends, because it can not find a common language with peers?

Until the age in which a child’s teeth are formed, the presence of virtual friends is quite normal and one can not worry about this. If the teeth have already formed, and the fantasies become obtrusive, this should be paid attention.

Parents often believe that they are given carte blanche for lying to a child with taboo topics like sex and death. Is it permissible to give a child false information in these matters? Is it worth, for example, telling a preschooler that a domestic cat or dog has died or is it better to think of a story?

Here there is a fine line – in such topics it is better to give as much information as the child is ready to accept without crushing the details. The information needs to be dosed, but it is desirable – without distorting. As for the example with a pet, for a child under the age of five it is quite permissible to think of something. After five years, you can already disclose the facts, because he probably already has an idea of ​​death 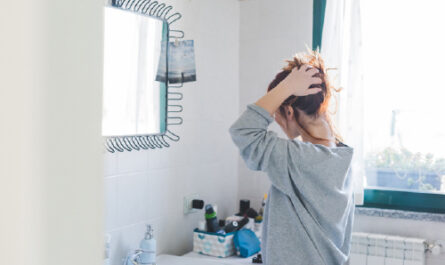 When I get nervous, start to pull hair 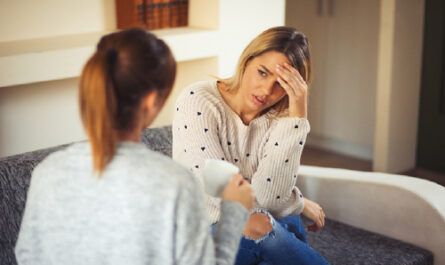