On average in England and Wales, two women are killed every week by a current or former partner. It’s a shocking statistic and one that doesn’t tell the full story. “You can’t measure cases by levels of violence,” says Kneer. “I’ve seen some cases where there has been no violence and it’s led to murder.” “With abuse it’s all about power and control,” she adds. “So many people are going to be locked into very high pressure situations now. They’ll be confined to their homes and walking on eggshells.”

Most of the UK will have breathed a sigh of relief when the government requested that people stay at home and limit their movements to help fight the spread of Covid-19. But if you’re in an abusive relationship lockdown means spending the foreseeable future confined with the perpetrator of that abuse. How do you seek help when everyone’s self-isolating? And what ways are services adapting to make sure that people still get the support they need?

“It’s horrific,” says Charlotte Kneer, her voice wavering, “having come from an abusive relationship the thought of what so many others are now faced with fills me with dread.” Charlotte is the chief executive of a Surrey based refuge for women and children fleeing serious domestic abuse and at risk of murder. She says new government guidelines to stay at home may make most of us feel safer but in situations of domestic abuse it’s the worst thing she can think of.

It’s poignant that while we’re being asked to self-isolate as an act of care for our loved ones and for the greater good of society, isolation is already being used as a weapon to harm others behind closed doors. Domestic abuse comes in different guises. “It isn’t always physical violence. It also encompasses a pattern of controlling, threatening and coercive behaviour. This can be emotional, economic, psychological or sexual.” says Fran Hipperson, a family partner at the law firm B P Collins. “Preparators often seek to isolate their victims from friends and family and to remove any support network they have. The lockdown could increase such behaviour where the victims are already cut off from the outside world.”

Globally 1 in 3 women will experience domestic abuse in their lifetime, says the World Health Organisation. In the UK, that figure is estimated to be as high as 1 in 4 women. So how will a lockdown impact the numbers and how will people seek help? “Lockdown limits their capacity to reach out for help and support if the perpetrator is in the home with them.” says Lisa Johnson, Manager of Direct Services at Women’s Aid. “The level of violence is bound to increase as well for a range of reasons, but namely because of the fact that the perpetrator is in the home for longer.”

At the moment it’s too soon to give specific hard data on how the coronavirus lockdown is impacting people in abusive homes. Women’s Aid and other organisations are in the process of collecting data and talking to member services to get a clearer picture. But the anecdotal evidence is telling. “We’ve definitely seen a drop in referrals and the number of calls to helplines have decreased,” says Johnson of Women’s Aid. Far from being a sign that things have improved, this actually signifies something much more sinister. “Demand for those services have dropped because there are less opportunities for women to pick up the phone or go to a shelter,” Johnson adds. Unfortunately, this type of anecdotal evidence points to a familiar annual trend that support groups see around Christmas where women don’t call helplines but the subsequent number of police reports on domestic incidents go up.
The lockdown has also thrown a spanner in the works for how the legal system will deal with cases. Solicitor Fran Hipperson says legal applications are likely to be dealt with over the phone or on Skype rather than in court. There are court orders that can be made to help you if you’re living with an abusive partner within the same household such as specifics around when each person can use shared areas like the kitchen or restricting access to certain rooms. The lockdown also limits options of where the perpetrator or the abused party can go. “Normally the court would look at where the party they are removing from a house will stay, such as with friends, family, parents. But at present these are unlikely to be available due to the lockdown, so rental accommodation may be considered.”

This extraordinary time clearly has added an additional layer of complexity for survivors seeking safety. The key message that support groups want to get out there is that their services are very much still running. Organisations like Women’s Aid and Refuge have adapted how they work so that they can provide helplines remotely. They’re also offering alternative ways for survivors to reach them from online guides for survivors to live chat sessions and chat bots. These can be effective modes of communication for some survivors depending on what part of the journey they’re on.

But for people like Charlotte Kneer, there is no substitute for face to face contact. She says services have already been decimated by government cuts. “What worries me is that we’re not going to see the full impact of this now. I am angry that so many services have closed. The reality is that when we need these services, they are not going to be available.”

The Labour MP Jess Philips has written to major hotel chains asking them to provide beds for domestic violence survivors during the lockdown. Kneer isn’t convinced this is the best idea. “It’s a knee jerk reaction to an emergency. Leaving a relationship can be a dangerous pursuit. We need a cash injection now so that those with the skills and experience can help people who are accessing services two to three months from now,” adding “I want to reassure anyone wanting to leave, we are open. We’ll make it work. This isn’t just a job. This is our lives.”

Things you can do to stay safe during a lockdown (GLAMOUR spoke to Victoria Myers, partner and head of abuse claims at Graham Coffey and Co Solicitors):

If you’ve been affected by anything in this article, call the National Domestic Abuse Helpline on 0808 2000 247. If you are unable to call, visit www.nationaldahelpline.org.uk and fill in an online form. You can also find a range of support from Women’s Aid and Refuge 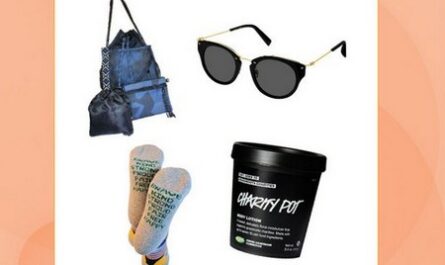 5 Great Gifts That Give Back to Charity

They were still intact and all alive