On the heels of the news that the show will return for a second season, Netflix dropped a bombshell on its official Twitter account: We’ve been pronouncing the title wrong this entire time. “Friendly reminder Emily in Paris is supposed to be pronounced with a French accent so ‘Emily’ and ‘Paris’ rhyme,” the tweet said.

Emily in Paris, the Netflix show starring Lily Collins, is once again in the middle of a heated (if low-stakes) internet conversation. 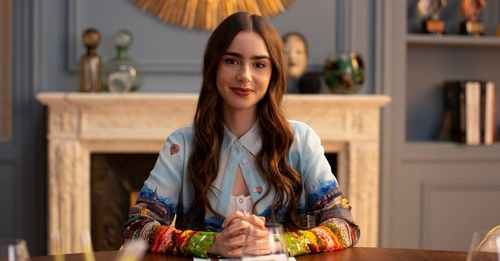 Anyway, the internet, unsurprisingly, had a field day with this revelation.

Regardless of how it’s pronounced, Emily in Paris is here to stay for at least another season, like we mentioned earlier. The next instalment of the series was confirmed on November 11 by Netflix. Plot details are still unclear, but viewers are dying to know what happens between Emily, Camille, and Gabriel. (Reminder-slash-spoiler: Emily and Gabriel hooked up after Gabriel broke things off with Camille. However, Camille has no idea they got together…and she and Emily are best friends.)

Maybe there will even be a relationship between Emily and Camille. “When Camille kisses Emily on the mouth, she’s like, ‘Oh, I’m not sorry.’ And then when Emily and Camille are in bed, and I’m liking the picture, it’s all little seeds. Anything could happen between the three of them,” Lucas Bravo (Gabriel) told Cosmopolitan. “I think Darren Star, the creator wants this second season to be really open-minded. He wants to explore different things and make it realistic of what the world is now.”

I, for one, will be pronouncing the title incorrectly until the end of time. You cannot make me say it differently! I refuse!