Princess Diana is an icon. A fact that rings just as true in 2020 as it did in 1981 when she married the UK’s most eligible prince. Or 1985 when she span John Travolta round the Whitehouse’s dance floor.

Or 1997 when she travelled to Angola to shine her spotlight on the lethal land mines still plaguing the country.

Now, over two decades since her death we’re still just as fascinated. Thanks to season 4 of The Crown (which airs on Netflix from this Sunday) we get to watch Emma Corrin play nineteen year old Diana Spencer as she blossoms into the powerhouse force-to-be-reckoned-with she became.

We’re also served up some vintage beauty moments from the woman who gave us 80s blue liner and pageboy crops. These are the beauty lessons Diana taught us…

We should all consider an impulse cut

Diana’s cropped cut became synonymous with the princess. She debuted a cute pageboy cut in 1981 around the time of her engagement and, after growing it longer, was convinced to go short again nine years later by her hairdresser, Sam McKnight, after they worked together on a photoshoot for Vogue in 1990. 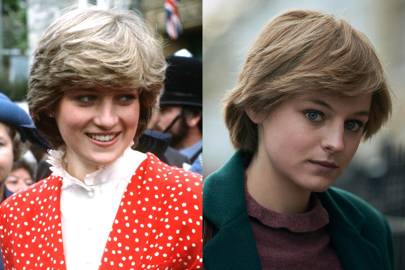 “I made her hair look short in the tiara for the shoot and she decided she liked it. As she was leaving, Diana asked what would I do to her hair if I had free rein… I suggested cutting it short, and she, to my surprise, agreed, and we did it there and then.” So if you’re feeling in the mood for a change, make like Diana, prune back the layers and free your cheekbones.

Another signature of Lady Di? Blue liner: the bright, cheery, less boring, 80s alternative to black. Already, the upcoming season of The Crown has inspired us to switch up our usual eye makeup and give blue a revival, according to beauty retailer, Escentual.com. 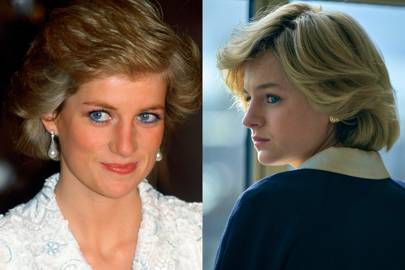 Sales of blue liner have almost doubled on the site in the run up to the new series. “There’s a huge growing interest in bright and light blue makeup colours,” they reveal. The most popular shade, Sumi Sky from Shiseido, has almost sold out.

Despite being the nation’s princess, Diana looked like the girl next door, back from a quick stomp around the countryside. Rather than anything too contrived, her cheeks always look fresh, flushed and healthy. 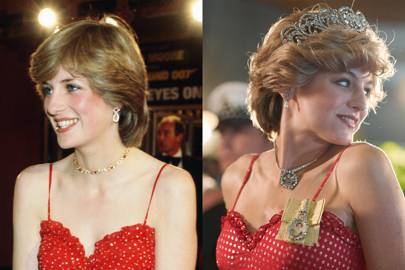 Some of it was an endearing side effect of rosacea (which meant Diana’s cheeks would often blush when she was excited or embarrassed), but for her engagement photoshoot, her makeup artist, Clayton Howard used the shade “Blushing Frost” in Max Factor’s since discontinued blusher stick.

She was big on skincare

Diana took good care of her complexion and always took time out to get stuck into her skincare. She was particularly fond of using rosewater on her sensitive skin and regularly shopped at brands such as Guerlain and Clarins. 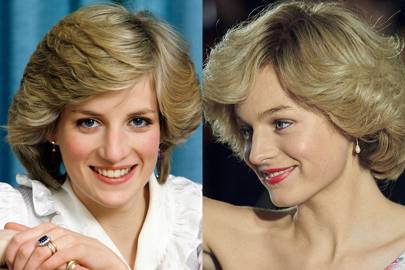 “Diana was very sensible when it came to her skin,” her former makeup artist, Mary Greenwell told Stylist. “She would always make sure she took her makeup off at the end of the day and make sure she always had a clean face before applying makeup.” According to Mary, Diana would cleanse, tone and moisturise twice a day. Full marks for Princess Di.

Heavy, heady florals seem to have got lost behind in the 80s, in favour of the subtler more delicate scents that swept the nineties and noughties. But, it’s high time to give loud perfumes and retro florals another spin. 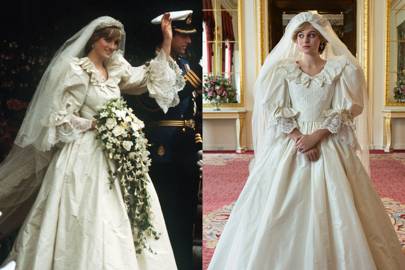 Penhaligon’s Bluebell perfume (a blast of hyacinth, cyclamen and jasmine) was known to be a favourite of Diana’s, but for her wedding day, she chose Quelques Fleurs by Houbigant,(a sweet, vintage blend of soapy florals). “She always, always, always wore fragrance,” says Greenwell. “It’s kind of the final touch of beauty, walking out smelling divine and chic and individual.”

Tyra Banks Is the New Host of DWTS, So the Ballroom Just Got More Fierce