Prince Harry and fiancée Meghan Markle made their first royal appearance early Friday in Nottingham, and were well-received, to say the least. Fans gathered alongside civic leaders, who the two were slated to meet with, to greet the couple just outside the National Justice Museum, according to People.

The almost-royal was gifted with so many flowers that she had to keep passing them off to an aide.

While most fans were simply giving bouquets and well wishes, one asked Harry an amazing question: How does it feel being a ginger with Meghan?

“It’s great isn’t it!?” he joked. Adding, “Unbelievable!” between spouts of laughter. 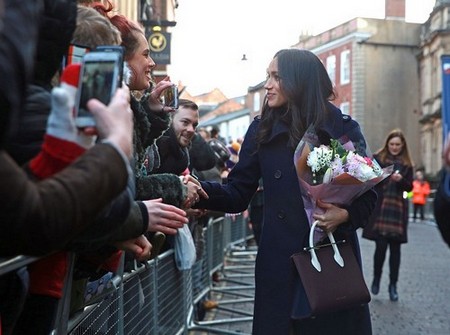 One of the well-wishers, Caroline Cartwright, who is a big Suits fan, told People: “She is just as beautiful as she is on TV. She is absolutely perfect, most wonderful and perfect for him.” Another fan, Claire Kelsall, handed the prince a congratulatory card made by her seven-year-old daughter Ruby. “The card had ‘Congratulations Harry and Meghan’. She drew a picture of the ring and it had a picture of the couple inside,” she said.

Harry reportedly put the card inside of his coat and asked where Ruby was. Come on, dude, she was in school! – and she’s definitely going to ream her mom later in life when she realizes she missed the chance to meet Prince Harry a day of second grade.

Adding to the list of greeters, Frank Shelton thought that since “Harry was bringing his bird,” he would bring his, named Kim – the only difference being Kim is an eight-year-old barn owl.

The royal couple stopped at the Nottingham Contemporary to celebrate World AIDS Day with the Terrence Higgins Trust, an organization with which Harry has collaborated in the past, opening up a pop-up HIV testing shop last month. Raising awareness for HIV testing is a cause that the prince has played a large role in.  “He has been incredibly valuable,” Dominic Edwardes of Terrence Higgins Trust told People. “Last year we saw a five-fold increase in people coming forward for testing” one day after Harry did the same.”

Jason Knauf, a spokesman for Buckingham Palace, said in a briefing that Markle will be stepping away from her own charity commitments (she’s worked with the World Vision Canada and the United Nations) to get involved with Harry’s. As many outlets have noted,  she’s been involved with social activism since the tender age of 11, so it’s no surprise she’s expanding her outreach. 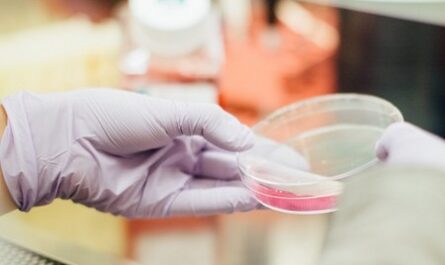 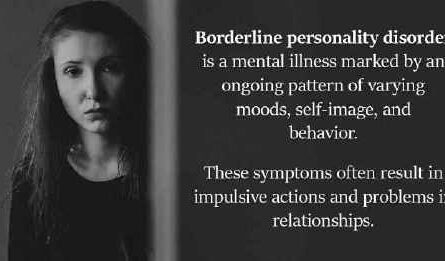 How to Recognize 4 Common Signs of Borderline Personality Disorder