Study Overview. ZIKA-DFA-FE was a cohort study that used four different recruitment methods in an attempt to capture all women whose pregnancies overlapped with the period of the ZIKV epidemic in French territories in the Americas (details are provided in the Supplementary Appendix, available with the full text of this article at NEJM.org).

The study received ethics approval from Comité de Protection des Personnes Sud-Ouest et Outre Mer III. All participants provided written informed consent. Full details of the study design can be found in the protocol, available at NEJM.org. The authors vouch for the completeness and accuracy of the data and analyses and for the fidelity of the study to the protocol. The study protocol was prepared with the help of the INSERM Research and Action Targeting Emerging Infectious Disease (REACTing) network.

A key component of the ZIKA-DFA-FE study was the prospective follow-up, until the end of pregnancy, of women who had clinical symptoms of ZIKV infection during pregnancy.

In accordance with the guidelines of the French High Council for Public Health and the French National College of Gynecologists and Obstetricians that were released on July 28, 2015, and February 5, 2016, respectively, whenever a pregnant woman presented to the outpatient clinic or emergency department of a participating center with symptoms consistent with acute ZIKV infection, she underwent a clinical examination, and blood and urine specimens were obtained for confirmation of recent ZIKV infection.

Pregnant women with suspected ZIKV infection were referred to the prenatal diagnosis center in each territory, where they underwent testing for ZIKV infection and were invited to participate in the study. Women were included in this analysis if they met all of the following criteria: ongoing pregnancy at any gestational stage; clinical symptoms consistent with acute ZIKV infection, with at least one symptom of pruritic rash, fever, conjunctival hyperemia, arthralgia, or myalgia; and laboratory confirmation of recent ZIKV infection, on the basis of a positive result on a reverse-transcriptase–polymerase-chain-reaction (RT-PCR) assay performed on a specimen of blood, urine, or both. The date of ZIKV infection was considered to be the date of the first ZIKV-related symptom onset.

Once women were enrolled, they underwent monthly clinical and ultrasonographic examinations until they had a pregnancy outcome. During these follow-up visits, a clinician also inquired about events that may have occurred (e.g., pregnancy complications or treatments received) since the previous visit. If a fetal abnormality was identified during a follow-up ultrasonographic examination, magnetic resonance imaging (MRI) of the fetus was performed, and the woman was followed up monthly with laboratory testing and ultrasonography, as reported elsewhere.9-11 The end point for each woman enrolled in the study was the pregnancy outcome: delivery of a live-born infant with or without birth defects, miscarriage, termination of pregnancy for medical reasons, or stillbirth.

Data and Sample Collection in Mothers

During the enrollment visit, sociodemographic data were collected for each woman. These data included age, ethnic group, residence, level of education, professional activity, and lifestyle factors. Clinical information – including the number of previous pregnancies and live births, history of adverse pregnancy outcomes, pertinent medical history, body-mass index, symptoms of ZIKV infection, gestational age of fetuses, and any clinically relevant medical event during pregnancy – was recorded during this baseline visit, and blood and urine specimens were obtained.

Laboratory tests included RT-PCR for the detection of ZIKV (RealStar Zika Virus RT-PCR Kit 1.0, Altona Diagnostics) in blood, urine, or both at baseline in all women and at the end of pregnancy in the case of fetal death, termination of pregnancy, or stillbirth. In addition, results of TORCH serologic testing12,13 (toxoplasmosis, other syphilis, varicella, parvovirus infection, human immunodeficiency virus infection, rubella, cytomegalovirus infection, and herpes simplex virus infection), which is routinely performed during pregnancy in French territories in the Americas, were recorded. Serologic testing for cytomegalovirus was performed only on an elective basis, when fetal abnormalities were detected.

For live-born infants, maternal and cord-blood specimens were obtained on the day of delivery, and serum specimens were frozen. The following information on these infants was also recorded on the day of birth: gestational age, length, weight, head circumference, Apgar score at 5 minutes of life, and the results of a standardized clinical examination.

Likewise, to allow for comparison with other studies, we summarized our data in two mutually exclusive categories: birth defects possibly associated with ZIKV infection (brain abnormalities with or without microcephaly regardless of the presence of additional birth defects); and neural-tube defects and other early brain malformations (e.g., anencephaly, acrania, encephalocele, holoprosencephaly, or arhinencephaly), eye abnormalities, and other consequences of central nervous system dysfunction among fetuses and infants who had neither evident brain abnormalities nor microcephaly.

Consequences of central nervous system dysfunction included conditions such as arthrogryposis, clubfoot, congenital hip dysplasia, and congenital deafness. In the case of live birth, microcephaly was defined as moderate when the head circumference was between 3 SD and 2 SD below the mean and severe when the head circumference was more than 3 SD below the mean, on the basis of INTERGROWTH-21st standards ) for sex and gestational age. Moderate microcephaly was further defined as proportionate or disproportionate – proportionate if the neonate was small for gestational age and disproportionate if the neonate was not small for gestational age.

Small for gestational age was defined as a weight more than 1.28 SD below the mean according to the INTERGROWTH-21st standards for sex and gestational age. In the case of pregnancy loss or termination of pregnancy for medical reasons, autopsy measurements when available and findings from the last ultrasonographic examination were used to assess for microcephaly. When ultrasonographic findings were used instead of autopsy data, microcephaly was defined as a head circumference more than
3 SD below the mean.

In addition, we specified the number of fetuses and infants who had any of the severe neurologic birth defects that are included in the currently proposed definition of the congenital Zika syndrome: severe microcephaly (head circumference more than 3 SD below the mean), brain abnormalities with a specific pattern of damage (e.g., calcifications, ventriculomegaly, or cortical malformations), damage to the back of the eye, joints with limited range of motion (e.g., clubfoot), or hypertonia that restricts body movement (e.g., arthrogryposis).

The analysis included all data collected up to April 27, 2017, the date of the last delivery in the cohort. The percentage of fetuses and infants with birth defects possibly associated with ZIKV infection was estimated according to the trimester in which pregnant women were infected, and we compared these values across the three groups using Fisher’s exact test. Data were analyzed with the use of Stata software, version 13 (StataCorp).

Whooping cough epidemic to hit US kids in late spring 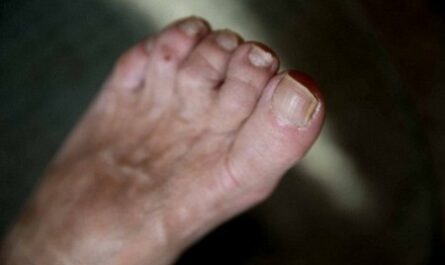 So you just found out you’re pregnant, here’s exactly what you need to do now…