The actor spoke out on Tuesday night’s episode of her talk show, Busy Tonight, in response to Governor Brian Kemp’s signing of Georgia’s new “heartbeat bill”, which effectively bans abortion at the detection of fetal cardiac activity at six weeks of pregnancy, before many women even realise they are pregnant.

Busy Phillips is no stranger to speaking out when it comes to her advocacy for women’s rights. And after the state of Georgia passed its controversial new abortion law, the actress has once more opened up about her personal experiences in a bid to move the conversation forward.

“I have a thing that I would like to say,” she began. “I hope that whatever it is that you believe personally that maybe you’ll be open to hearing what I’m saying.”

“I know that people feel very strongly about abortion, but let me just say this. Women and their doctors are in the best position to make informed decisions about what is best for them. Nobody else. Nobody. 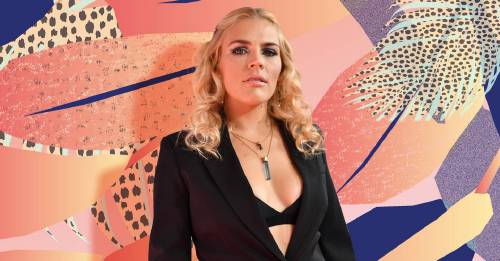 “Here is the reality,” she continued. “No bill that criminalizes abortion will stop anyone from making this incredibly personal choice, but these laws will put more women at risk. Every woman deserves compassion and care, not judgment and interference when it comes to their own bodies.”

“The statistic is that one in four women will have an abortion before age 45,” the actress said. “That statistic sometimes surprises people, and maybe you’re sitting there thinking, ‘I don’t know a woman who would have an abortion.'”

The Cougar Town star then went on to reveal her own experiences with abortion as a teenager in a bid to remove stigma.

“I had an abortion when I was 15 years old and I’m telling you this because I’m genuinely really scared for women and girls all over the country,” she tearfully continued.

“Is that a hard left turn?” she asked. “Yeah, it is. Is it kind of jarring? Yes, it is also kind of jarring. But, guess what? That’s what being a f – ing woman is. Having a regular Tuesday and then suddenly being reminded that people are trying to police your body. And then you just have to go back to work.”

Philipps later took to Twitter to condemn the abortion law, which is the most restrictive in the country. “I spoke about my abortion on my show tonight because I can not sit idly by while women’s rights are stripped away.”

Currently, the state of Georgia allows women to seek an abortion during the first 20 weeks of pregnancy. Unless the bill is challenged in court, the new law would take effect on Jan 1, 2020.

Niall Horan on the pressures of growing up, learning from breakups and mental wellbeing

How it really feels to shave your head during lockdown

Ant & Dec on the power of positive brotherhood