I’m always on the hunt for new ways to get a healthy dinner on the table and fresh flavor combinations to keep things interesting. When a cookbook checks both of these boxes, it earns a special place in my heart.

Get the book! Ready or Not: 150+ Make-Ahead, Make-Over, and Make-Now Recipes by Michelle Tam and Henry Fong of Nom Nom Paleo

Michelle and her husband Henry Fong literally spent years putting together the materials for this book. If you always wish cookbooks had more photographs, this one not only has glamour shots of each dish, but also helpful step-by-step photos for Every. Single. Recipe. It’s intense! I can’t imagine putting in that amount of work, and it was clearly a labor of love.

The layout and design of the Nom Nom Paleo books sets them apart, too. Henry does all of it himself, including adorable cartoon illustrations of Michelle, Henry, and their two sons Big O and Little O. They cheerfully gallivant throughout the pages of the book, which are laid out comic-book-style, and offer cooking tips (these come mostly from Michelle), eye-roll-worthy puns (Henry’s domain), sibling rivalry and other silliness. It’s a fun and whimsical touch that adds one more layer of specialness to this cookbook. 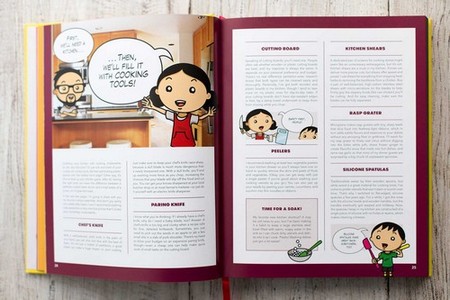 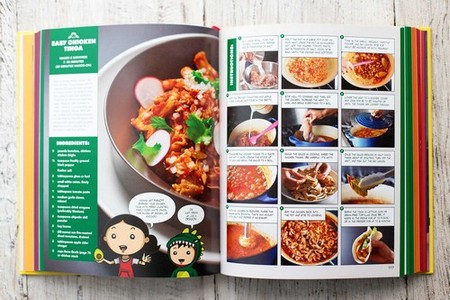 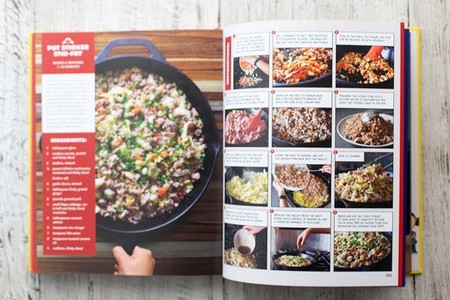 Beyond all this wow factor, there’s a logic and ethos behind this cookbook that makes so much sense to me. It’s all in the name – Ready or Not refers to whether you’re ready to go full-on paleo chef, or…not so much. Paleo meals have a reputation for being labor-intensive – at least on the planning end – and this cookbook acknowledges that.

For example, the recipes are divided into sections based on your willingness/ability/desire to spend a lot of time in the kitchen. Turn to the “Ready!” section for dishes that require advance prep, “Kinda Ready!” for recipes that rely on pantry staples and leftovers, and “Not Ready!” for fast, emergency meals like quick stir-fries and sheet pan dinners.

One of my favorite recipes in this book is the Pot Sticker Stir-Fry from the “Not Ready!” section. It’s exactly what it sounds like – the ingredients that would normally fill up a pot sticker, like mushrooms, pork, and cabbage, but prepared as a stove-top stir fry instead of packed into wrappers. The recipe makes a big batch, and it’s not your typical high-heat wok affair.

Since there are tons of ingredients involved in this dish (my 12-inch skillet was barely big enough to hold everything), I ended up with quite a bit of liquid left in the pan at the end of cooking. I didn’t really mind this, though, and used a slotted spoon to scoop the mixture into lettuce cups for a high-protein, veggie filled meal. Michelle’s suggestion of adding a big squirt of sriracha on top is a good one, too.

Speaking of sriracha, there is a fantastic recipe for a homemade version in this cookbook. My friend Sheri even went so far as ferment it to get the classic Huy Fong sriracha taste! It was dead-on perfect, and I could’ve eaten it by the spoonful. 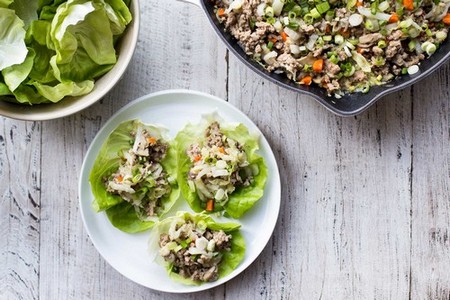 I’ve made many batches of the Tonnato Sauce, too. It’s a super savory, tuna- and anchovy-based dip. Don’t knock it ’til you try it – it’s an umami flavor bomb, completely addictive with crunchy crudités.

Other recipes I’ve enjoyed from the book include Betel Leaf Beef Rolls (a delicious appetizer to satisfy spring roll cravings, minus the grain-based wrapper), Spicy Bacon Honey Nuts (the best thing ever with a cocktail, which is very much not Paleo, but…), and the Tex-Mex Beef and Rice Casserole (a filling dinner that freezes great in individual portions for future meals).

Major kudos to Michelle and Henry for producing this incredible cookbook. It’s a fun read that feels like you’re hanging out with the Nom Nom crew themselves. Whether you follow a paleo diet or are just curious, or whether you have tons of time to cook or you’re pressed to get dinner on the table, you’ll find lots of recipes to make and love! 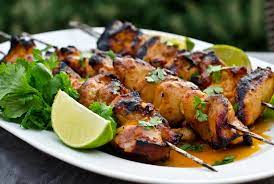