On the final day of the 2019 MAKERS conference, Marc Pritchard, Chief Brand Officer, Procter Gamble, delivered a powerful speech about the viral Gillette ad – suggesting that brands should do more to address social and cultural issues.

The ad sparked heated debates on social media, with some applauding the brand for addressing toxic masculinity in the #MeToo era, and others claiming it was an attack on masculinity – then rebelling by throwing their razors in the toilet. But on stage at the 2019 MAKERS conference, Pritchard disputed the notion that the film was undercutting the qualities that make men great.

“I strongly disagree with those who say the ad is an attack on masculinity,” said Pritchard. “Watch the film closely. It simply rejects bad behavior and shows men taking positive action. That’s the kind of masculinity the world needs. We believe that men can and do step up to be good role models every day. And that’s really important – because the next generation of men, and women, are watching.” 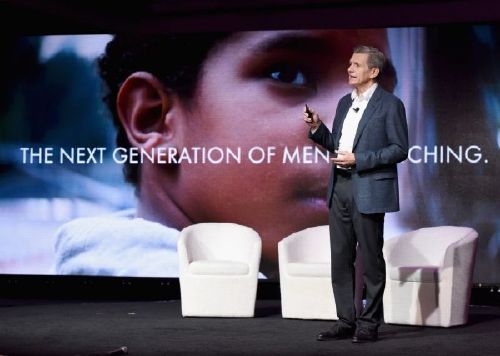 The top P&G executive applauded companies for pushing back against these dangerous stereotypes, but flipped that concept on its head as it relates to the Gillette ad, proving that positive images of men can help make an impact. “The bad behavior of some men has finally been exposed and called out to be unacceptable – harassment, bullying, objectification, stereotyping and diminishing  – and must be stopped,” he said. “And we’re advocating to take it further by role modeling positive action, not just standing by – inaction isn’t good enough – but stepping in to stop these behaviors when we see them and demonstrating humanity in how we interact with each other every day.”

Although P&G has faced criticism for the ad, Pritchard said that he stands behind its message, and hopes other companies will follow in their wake. “The heat we’ve faced and are continuing to face is a moment of truth. And we’re choosing to keep going,” Pritchard said. “Because the voice of brands like Gillette matter. Brands are arguably the most pervasive forces in the world for business growth –  and they can also be used as a force for good…brands have a responsibility to step up, take the heat, and keep going – and those good intentions will eventually prevail.”

Charli Howard’s love letter, to her body is so damn empowering