This season was tipped to be more pared back, what with the constraints of social distancing and the ban on mass gatherings.

But, tell that to Chanel who spelled out the brand’s name in soaring sky-high letters (Hollywood-sign-style) in the Grand Palais. Or, Paco Rabanne who sent his models down the catwalk decked out in ferocious shards of warrior chainmail.

The final leg of the fashion week circuit, Paris, is traditionally where the month long schedule of shows comes to a grand finale in an outstanding closing extravaganza. Chanel has been known to create full-scale forests inside museums and Marc Jacobs bid farewell to his tenure at Louis Vuitton with a bonkers parade of show girls complete with towering headdresses, sequins and fringing.

As for the beauty? A lot of it was fairly classic, but with a modern spin. In true Parisian style, the trend was for either eyes or lips to be played up, not both. And this season, it was mainly about the eyes. In fact, they even made an appearance on the nails at Giambattista Valli. 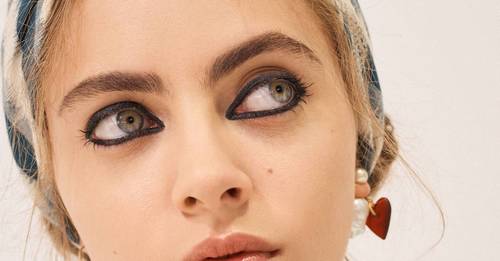 I really don’t want to do the whole “eyes are the window to our soul” spiel but, at Dior, lead makeup artist, Peter Phillips explained that windows really were the inspiration behind his eye makeup look. Designed to mirror the show space; a black-painted cavernous hall offset by the streaming light from the stained glass windows; thick black liner was rimmed all the way around models’ eyes to make the whites stand out even brighter.

At Chanel a black veil of sheer, gauzy shadow was diffused across eyes and at Chloe, the smoky eye was deconstructed with a negative space gap in the centre.

Elsewhere, we loved the ginormo fringes at Paco Rabanne (a good alternative if you don’t fancy doing your eye makeup) and the simple red lips at Hermes and Balmain.

Vitamin C Benefits and 18 Best Products For Your Skin

Huda’s first-ever mascara has 100,000 people on the waiting list, but I tried it ahead of time