These days, the intersection of art, architecture, and design is considered commonplace. Artists are designing buildings, luxury buildings are getting their own art collections, and site-specific works abound.

But long before Olafur Eliasson designed a structure, Anish Kapoor’s work became part of 56 Leonard, or Hiroshi Nakamura collaborated with an architecture firm to create Ribbon Chapel, Peter Marino was commissioning top artists for his architecture projects. Long considered one of the pioneers of cross-pollination between the two worlds, the acclaimed architect was an artist himself before anything else.

In addition to commissioning his famous site-specific works from some of the art world’s top talent and creating his own bronze pieces, Marino is a serious collector who has amassed a world-class array of works by artists such as Andy Warhol, Keith Haring, Georg Baselitz, and more. “[Collecting is] an enrichment of life,” Marino tells AD PRO. “I mean, the only real nourishment I get is through my eyes.”

His passion for collecting has been on view before, most notably in Miami Beach, at the Bass Museum’s 2015 exhibition titled One Way: Peter Marino, which paired Marino’s architectural projects with pieces from his personal collection. Now, an exciting new show titled Counterpoint is set to open at the Southampton Arts Center on Long Island, which will build upon One Way but with a Hamptons bend.

The show, which opens on Friday, July 27, includes a dynamic mix of paintings, sculptures, and photographs from his personal collection, presented alongside his own work, both architectural and otherwise, including images of homes he’s designed. “These works are one of the largest assemblages of world-class contemporary art displayed publicly on the East End,” remarked Tom Dunn, executive director of Southampton Arts Center, in a statement. “We couldn’t be more excited for the show or more grateful to Peter Marino for sharing these remarkable works with us.”

At the entrance of the show is the Gardens gallery, which ties the exhibition to the Southampton community. Marino and his family have kept a home there since 1996, and he has designed countless architectural projects around the Hamptons, a series of which will be presented in the gallery. Also on view in the Gardens gallery will be a photograph by Jason Schmidt of the magnificent gardens at Marino’s home (both of which the architect designed himself, to no surprise), along with nine Francois-Xavier Lalanne bronze sheep. 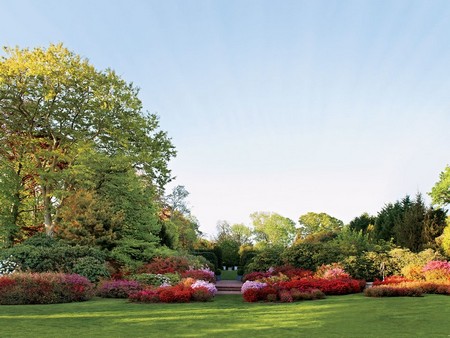 Azaleas blossom in May at the getaway of architect Peter Marino and his wife, Jane Trapnell Marino, on the East End of Long Island, New York. He designed both the house and its landscape, whose evolution from late spring through summer is captured in the following images.

The second gallery is devoted to his Pop Art pieces, featuring works by Tom Sachs, Damien Hirst, Joel Morrison, Richard Prince, and Andy Warhol, who, Marino reveals to AD PRO, first got him into collecting. Marino had worked in Warhol’s Factory, and got his big architecture break when the artist hired him to design his Upper East Side town home in 1978.

In lieu of payment, the artist offered Marino works of art with “To Peter, Andy Warhol” inscribed on a watercolor of flowers, which is included in the show. The third gallery, dubbed the Treasure Room, is clad in black leather (a Marino signature) and focuses on his collection of flower photographs taken by Robert Mapplethorpe, presented alongside ancient objects and bronze boxes of his own making.

The fourth and final gallery centers around his collection of modern German artists including works by Anselm Kiefer and Georg Baselitz. Marino met Baselitz at the Venice Biennale years ago, and has collected his work in-depth ever since. “I like to get more than one piece by the same artist, then I can better understand his or her world and the possibility of entering it,” Marino told AD PRO. “It’s a kind of patronage, as well as a way of creating a coherent group of work that is representative of a creation process.” 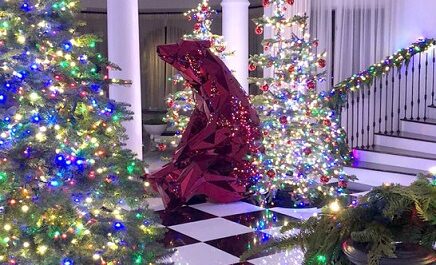 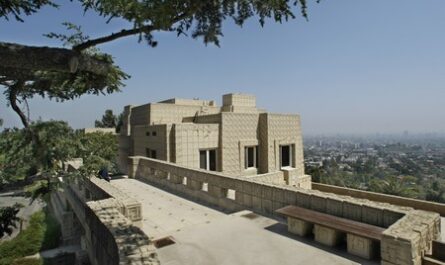 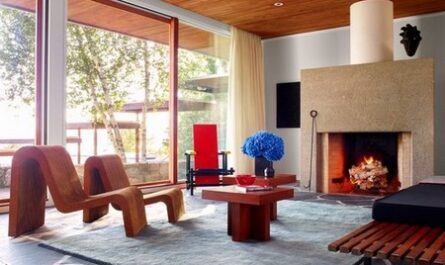