When I was a kid, I always dreamed that I’d discover some buried treasure in my backyard. My brother and I, we’d dig up the garden and root around behind the bushes, in hopes that there’d be the glint of gold or the shimmer of a jewel or something like that.

All we ever found were nests, bugs and the occasional bones left behind by the racoons. But just because I never found anything to make me rich, doesn’t mean that it’s impossible. Just ask these guys.

These folks from all over the world, just happened to randomly stumble across some bizarre, spooky or incredibly valuable things just sitting beneath the surface of their yards. I mean, talk about dumb luck.

Makes me want to go dig around in my backyard now, to see if anything new pops up. 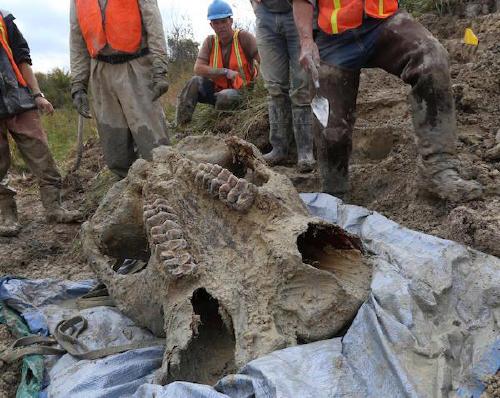 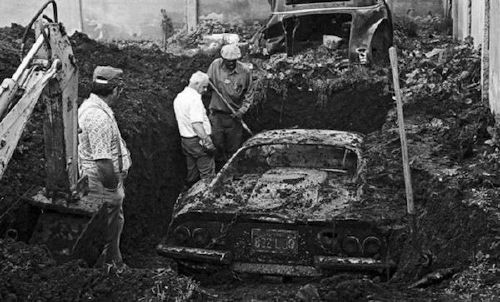 In February 1978, two kids were playing in the mud in a LA backyard, when they hit something that sounded like a car roof. Flagging down a sheriff’s cruiser, they ended assembling a team and unearthing the car. Upon investigation, it was determined that the car was stolen a few years earlier and was never recovered. 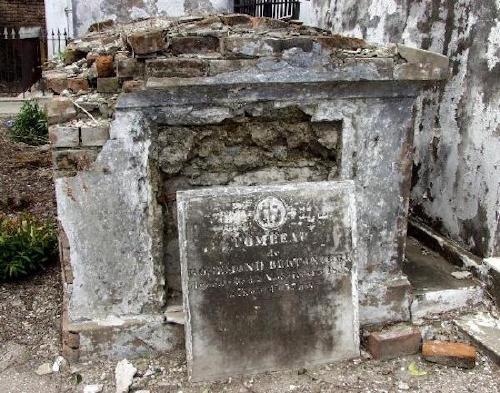 In 2010, New Orleans resident Vincent Marcello wanted to dig a hole for his new pool, when he ended up hitting a piece of wood. He ended up unearthing, with the help of a team of archaeologists, unearthing 15 caskets full of remains. Apparently, finding old caskets is a regular thing in New Orleans, so before any sort of digging happens, you need to let a archeologist know.

The creepy thing is that the caskets belonged to the old St. Peter cemetery, which was abandoned in the late 1780’s, when it was full, and there are plenty more caskets lying under the ground of Peter’s new pool and backyard. 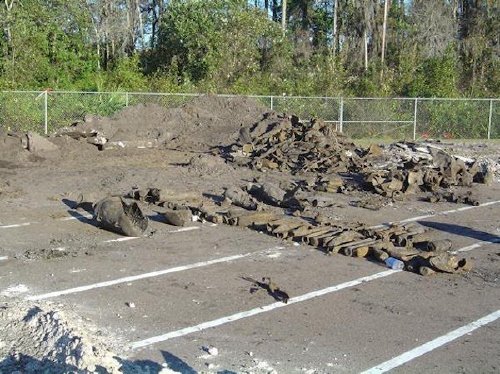 Back in the day, the area surrounding the Odyssey Middle School in Florida used to be known as the Pinecastle Jeep Range, and it was where they tested bombs and rockets. Somehow, during the years between 1945 and the 1990’s, no one ever told the builders or school board that there was potentially live ordinance hiding underground. The Army Corps of Engineers spent years cleaning up the area, and they keep on finding more, including a buried tank. 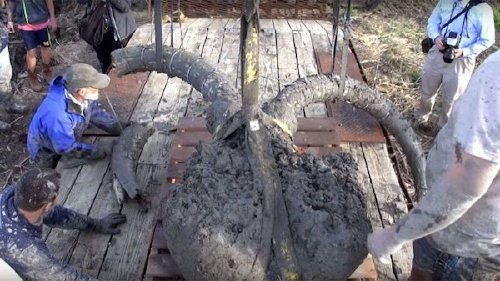 A farmer was working in his orchard in 2010, and while he was picking fruit, he stumbled upon a giant femur in the ground. Upon digging it up and getting it tested, it turned out that it was a part of a wooly mammoth skeleton that probably roamed the countryside that eventually became his farm. 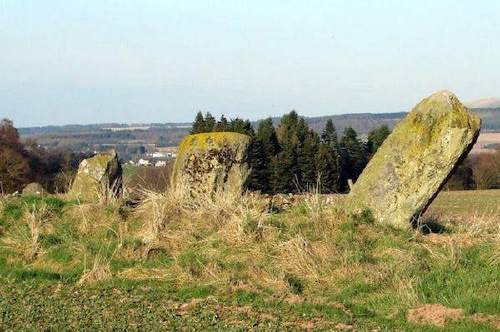 A Bronze Age standing stone from 2500 BC

In 2001, Stephen Davis looked out into his English backyard and noticed that some sort of tall rock had been unearthed in his yard. Consulting a historian, it was determined that the rock was a part of a series of standing stones that marked a Bronze Age burial site. 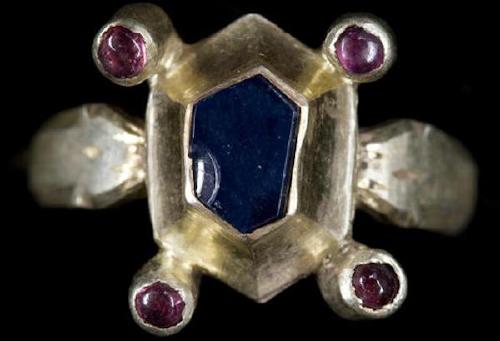 In 2007, an Austrian man was turning his garden, when he accidentally found treasure that dated back to the late 1300’s. Comprised of antique jewelry, rings and broaches, this is the stuff that buried treasure myths are made of. 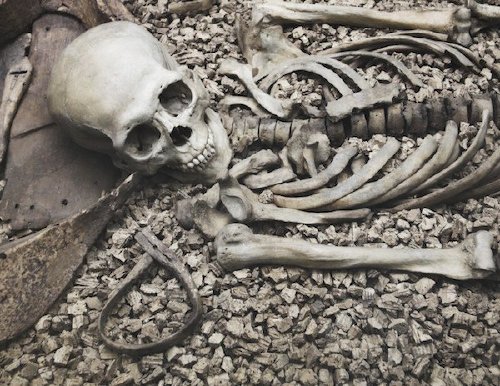 A kid discovered a skeleton chilling in his backyard

Only a few years ago, a little kid in Utah noticed a strange object sticking out of the ground in his backyard. He told his parents, they called the cops and discovered that there was a skeleton buried in their backyard. Once investigators were able to unearth it, it was sent to the State Medical Examiner, who determined that the bones belonged to a Native American man from a thousand years ago.

Wonder if there was any poltergeist activity to go with it? 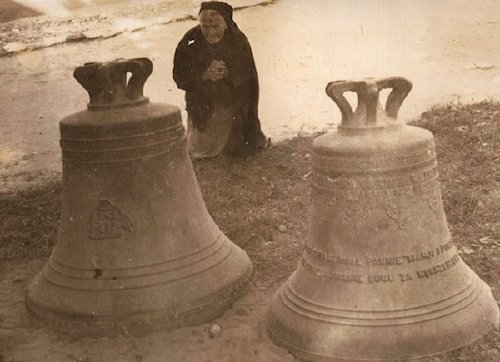 A man in the Czech Republic was digging in his yard back in 2013, in order to install some pipes. Instead, he found a different kind of lead in his ground; church bells. After excavating, it was discovered that the bells were over 400 years old, and had been stolen from a nearby church over a decade earlier. 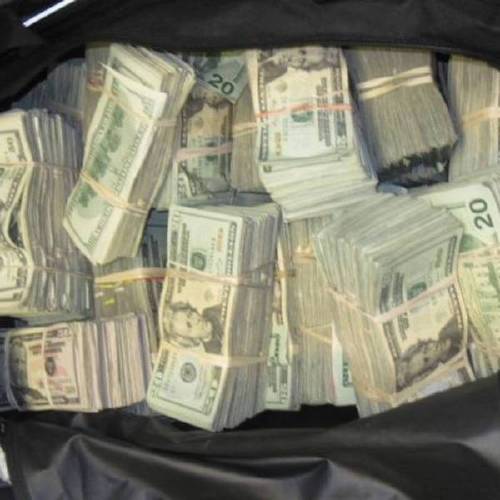 An unemployed man once found over $150K in cash

Wayne Sabaj had just lost his job and was picking broccoli in his backyard garden, when he found a half buried nylon bag. In it was over $150K in cash. He called the police and reported it, and it was discovered that his neighbour had thrown the bag away believing that the money was cursed. The ownership of the money was due to be decided by the court, when both Sabaj and the neighbour mysteriously passed way. 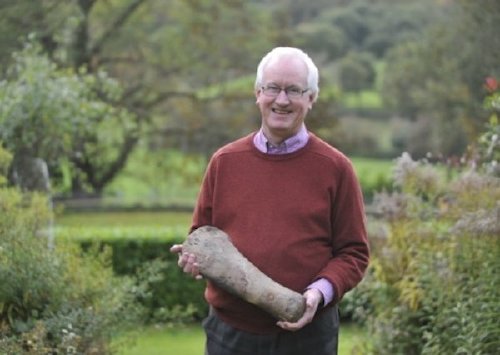 A dinosaur bone from a 250-million-year-old Pliosaur

A dude named John Lambert was fixing his fence, when he saw an unusually large bone sticking out of the ground in Ipswich, England. He thought about contacting a museum, but then put the bone in his shed instead. For 16 years.

Finally, he decided to take it to an expert, where they confirmed that it was one hell of a bizarre find, especially since it was the bone of a water-dwelling dinosaur, found on land. 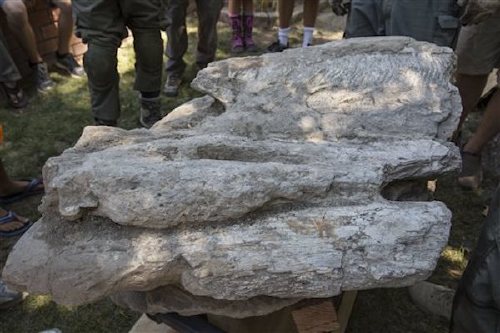 In 1978, Gary Johnson found a super heavy rock sitting in his backyard, so he dug it out and took it to an expert. This ‘expert’ said it was just a plain rock and had no value. Flash-forward to 2014, when Gary saw a report on the news about a recently discovered whale skull, that was unearthed nearby to where he found his rock. This time, he called a palaeontologist, who confirmed that he had a fossil from a rare baleen whale, that roamed the earth 14 million years ago. 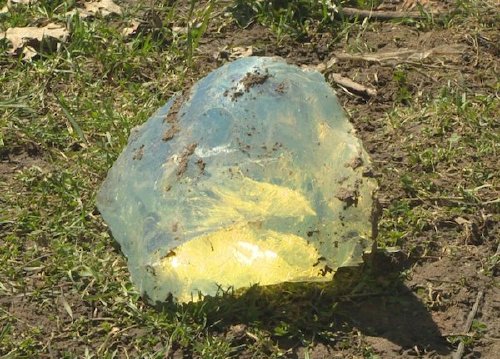 A shiny, transparent object with no origin or definition

Two sisters from Kitchener, Canada found this rock buried in their backyard. They were originally looking for worms for a fishing trip and found this buried deep down.

They took it to a gem expert, who confirmed that it wasn’t a gem or a meteorite. In fact, no one really knows what it is and where it came from. Perhaps this is the truth that Fox Mulder is looking for. 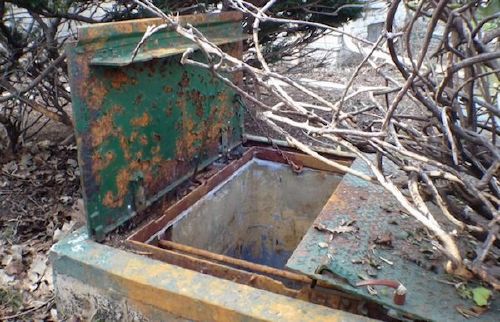 For years, the Zwick family in Neenah, Wisconsin heard rumours that there was a fallout shelter on their property, hidden under a metal door. After years of looking, they finally tracked it down and explored it. 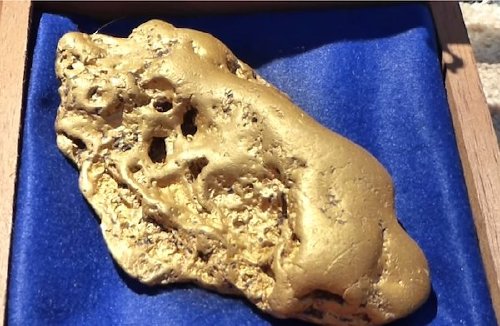 Back in 2011, a California man found this lump of gold in his backyard. To date, it’s the largest gold nugget ever found, and went at auction for almost half a million dollars. Understandably, the man didn’t reveal his identity, as the gold was found on his property, and odds are, there’s more to be mined in the future. 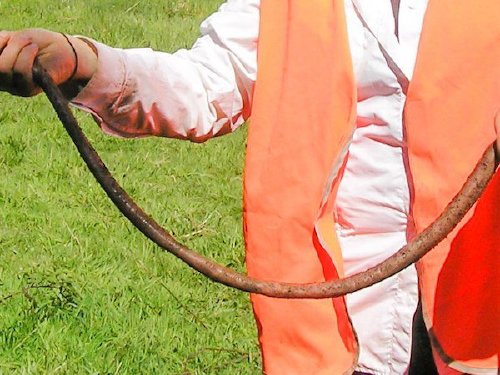 A Chinese worker by the name of Li Zhiwei was hanging clothes out to dry, when he saw this monster by his fence. Initially thinking it was a snake, he got closer, only to see that it was an earthworm. To date, no one knows how it got to be so big, and what the heck it’s been eating; squirrels and rats,
maybe? 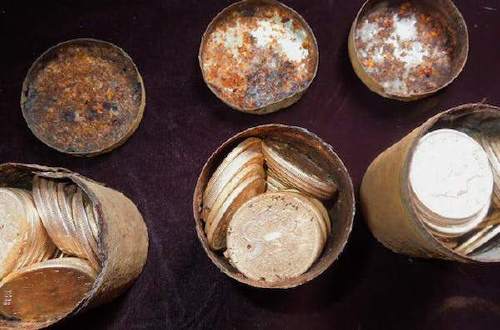 In 2013, a couple from Sierra Nevada, CA found an old canister in their yard, sticking out of the ground. Inside were gold coins. When they kept on digging, they found more over a dozen canisters, totally put to almost 1,500 gold coins. Once appraised, they were valued at close to $10 Million. It’s assumed that the previous owner buried them for safe keeping, then either forgot, or passed away.

Not bad for an afternoon’s work.

Eek! One of our favourite beauty brands is doing limited-edition makeup bundles, saving us 50%

These are the beautiful ways people are showing off their scars