Green is the color of Ireland, which you understand immediately if you’ve ever been there or even flown over it. Looking over the land from several thousand feet up, one cannot but be struck by the patchwork of vivid shades of green below.

Or driving through the countryside, especially in Western Ireland, the hills practically glow when the sun peeks through breaks in the clouds.

We’ve been experimenting with parsnips lately, and on a whim tossed a large bunch of chopped parsley into a simmering pot of parsnip soup. Parsnips are naturally sweet, as are leeks, which are also part of this soup. The crisp bitter of the parsley delivers a contrast and balance to what might otherwise taste a little too one-dimensional.

And the color! Such a beautiful, vibrant green. Perfect for St. Patrick’s Day, and a celebration of all things Irish. 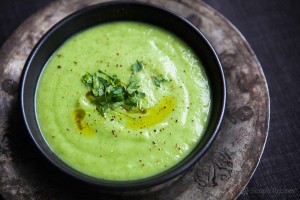 Parsnips can sometimes have tough, fibrous cores, especially if they are late in the season. If as you are cutting your parsnips you find the cores to be especially tough, cut them out and discard.

1 Heat butter in a 4 to 6 quart pot on medium heat. Add the chopped leeks, toss to coat with the butter. When the leeks are heated enough so they begin to sizzle in the pan, lower the heat to low and cover the pan. Cook until soft, but don’t let the leeks brown. 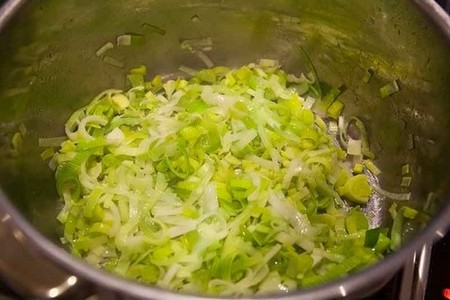 2 Add the parsnips and olive oil, and toss to coat. Sprinkle on the salt. Add the stock and water. Add the strips of lemon zest. Bring to a boil and reduce to a low simmer. Cover and cook until the parsnips are completely tender, at least 30 minutes. 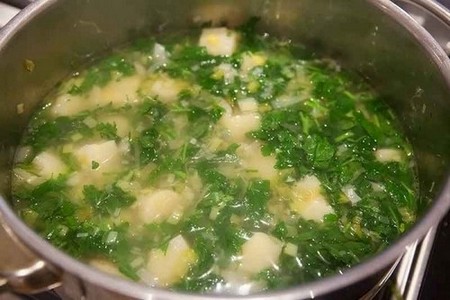 3 Remove and discard the lemon zest. Add the parsley. Purée the soup until smooth, either by using an immersion blender or by working in batches with a stand-up blender. If using a standing blender, fill the bowl no more than halfway, hold the cover on the blender bowl, and start blending at the lowest speed. Return the puréed soup to the pot.

4 Stir in lemon juice and add more salt to taste, if needed. 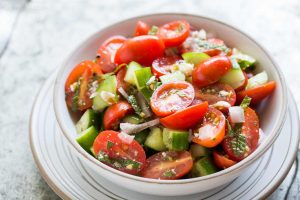