On 8 September 2021, it was announced that Jamie Spears had formally agreed to step down as his daughter, Britney Spears’, conservator. It’s been a monumental milestone in the #FreeBritney campaign, which reached fever pitch in June earlier this year, after she testified in court about her conservatorship.

And one person whose especially delighted about this news is none another than Paris Hilton.

Speaking on her podcast This Is Paris, Paris said (via Elite Daily), “I didn’t think anyone was expecting this but it’s just amazing to know that Britney is another step closer to having her freedom which she deserves so much.”

Paris continued, “It’s just been, these past months, watching her really just come out there and be so strong and so brave and finally hear her speak up and speak her mind and it really shows that the truth will set you free.” 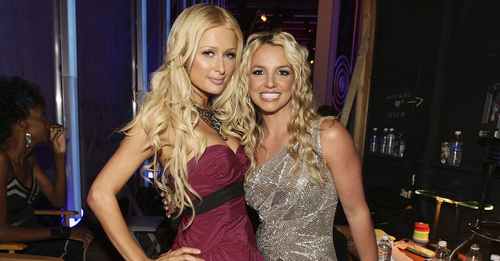 “I am just so proud and so happy for you Britney. You deserve all the happiness and freedom in the world. I just want to say that I admire you for your strength and just know that you’re an inspiration for so many others,” Paris continued.

“I am so happy that justice is being served and that you are finally going to have what you’ve always wanted. Just to have your life back and be able to do the things that you want to do and enjoy your life and everything that you’ve worked so hard for,” she added. “It breaks my heart just what has happened and what you’ve went through but you’re just showing that you’re turning your pain into a purpose and turning your trauma into a triumph. It’s just an incredible thing to see.”

Paris finished the segment by saying, “It’s been something that’s been really bothering me and hurting my heart and so many others around the world. Brit, I just want you to know that everyone loves you so much. You have the most incredible, loyal, and amazing fanbase. They all love you so much.”

We don’t think anyone could’ve said it better, Paris.

Emma Raducanu’s heritage is important, but why must immigrants in this country be successful in order to be valued?

Kim Kardashian found out her rating on foot fetish website