Ecosia is a search engine founded by Berlin-based entrepreneur Christian Kroll in 2009. After travelling in South America and Nepal following his degree in Business Administration, Kroll was struck with how rife poverty and deforestation was globally, and realised trees were a very simple solution.

“You can generate a lot of income for people and you can create really valuable ecosystems by planting trees, so that’s why I thought I wanted to plant trees, but I didn’t know how to get the money,” Kroll explained how Ecosia was born through combining his love of computers – he loved to play video games as a teen and build his own computers – with his desire to make a positive impact on the planet.

Imagine if spending time on your phone or laptop meant that you were contributing to trees being planted somewhere in the world. In fact, imagine if those trees not only helped absorb CO2 but also provided the farmers planting them with an income and helped rebuild the local ecosystem.

This is exactly what would be happening if you switched from your favourite search engine – that may or may not rhyme with Boogle – to Ecosia. 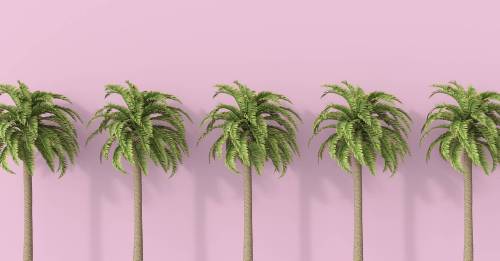 There are currently over 7 million people choosing Ecosia as their search engine, and those 7 million people have helped to plant over 54,000,000 trees as a result. These trees range from reforesting the San Martin region in Peru – a place heavily deforested through cocaine production – to partaking in Kenya’s green belt movement, empowering the local women to restore the ecosystems and conserve biodiversity. So – how does it work?

Rather than any profits going straight to investors, 80% of Ecosia’s profits go straight into planting trees. Profits are generated via ad revenue, so the more you search, the more trees are planted. In fact, it takes roughly 40 searches to plant a tree according to Ecosia, a feat that doesn’t take too long at all if you’re accustomed to getting lost in the occasional internet hole.

We spend a lot of time on the internet, on average we are spending a day a week online, and we search a lot in that time too. In fact, it’s estimated that more than 2 trillion searches are made on Google annually.

“The idea to use the ad revenue came when I looked at Google’s business model and realised it was very profitable, and thought there is a lot of margin that could be given away,” Kroll explained. “Google is printing money basically, so we are just using the same model but are using it for the environment.” Google takes up roughly 90% of the market share globally, whereas Ecosia roughly occupies about 1% of the market share in Germany. If you take into account that Ecosia has pumped over 9 million euros (£7,759,666.34 currently) into tree planting, it makes you really wonder why climate change is really happening with all these big corporations making all this money. “If we had only 10-15% of Google’s market share then we could already plant enough trees to stop global deforestation,” Kroll says of Ecosia’s potential. “And if we added a few more percent of market share, then we could actually absorb a lot of the CO2 that’s omitted.”

It almost sounds too good to be true, if it was that easy – wouldn’t everyone be doing it? Ecosia counteracts any doubt by enforcing a policy of being “radically transparent”. This involves releasing their financial reports and tree-planting receipts. “We have big organisations like the Royal Bank and UN asking us for advice now,” says Kroll. “There are a lot of people saying they want to plant trees but when it comes to doing it there are really not that many organisations out there doing it.” In an effort to truly solidify Ecosia as a purpose-driven company, Kroll gave up his rights to ever sell Ecosia or take profits out of the company.

In terms of usability, I have switched Safari for Ecosia on my iPhone, and installed Ecosia on Chrome on my Macbook for the past week. I have racked up a few trees’ worth of searches and on the whole, it’s as easy to use as any other search engine. There aren’t some of the nifty shortcuts that Google has like short summaries of whatever you have searched for, and the ‘News’ tab doesn’t seem to be as well-integrated as Google’s – but I think it’s a compromise I am very willing to make. Climate change is very real, and this is probably one of my easiest sustainability swaps.

Additionally, we need to remember that as Ecosia grows and gains more users, it will be able to invest in making those easy hacks more possible. Kroll spoke about one change he’s looking to make to Ecosia in the future: “we are currently a normal search engine, there isn’t really a difference between Google and Ecosia when it comes to the results – but we want to actually help people make greener choices with their searches.” The idea is that when you search via Ecosia, it will suggest to you more eco-friendly options. “Every time you search you either want information or you want to make a decision,” Kroll says. “And if we can help influence that by providing the right information at the right time, Ecosia could really be a platform that helps to drive this global change that is necessary.” 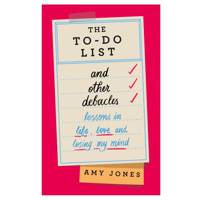