Popstar Kim Petras has defied every doubter or bully she has ever encountered. After being labelled the ‘youngest transgender individual’ when Kim undertook gender reassignment at 16 years old – she made her first TV appearance at 14 years old in her native Germany and the singer soon had her sights set on one thing: chart domination.

Ten years and 150 million global streams later, Kim has achieved what many could only dare to dream. In the process Kim has become the most prominent transgender artist of our generation with her positive pop tracks which are penned to allow us to escape our realities.

From the catchy AF, Heart to Break to the more emotional, All I Do Is Cry, Kim has carved out a very fresh take on pop music, known for her original bubblegum pop 2.0 tunes.

Here Kim opens up about the journey she undertook to overcome doubters in the music industry, what bullying taught her about her own power and what exactly gender means to her today. We salute you Kim Petras, a pop icon for our time… 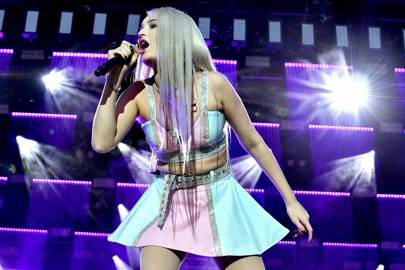 What have you learnt about yourself from the hurdles you have overcome?

In general, doing what you love is really important and not giving up on yourself. I’ve definitely been close to giving up and feeling like this is never going to happen. I’ve been doing this and writing songs since I was 12 years old, posting videos on the internet of me singing and writing songs for other people. It didn’t happen right away but I kept at it.

Where did that self belief come from?

I wanted to do the same thing that I felt pop stars did for me when I was a kid. I remember hating school, not having any friends and being bullied pretty badly. I’d run home from school and watch Gwen Stefani’s music videos and escape my reality through pop videos.

How did school bullies make you feel? What has bullying taught you about your power as a human?

Being transgender and going to school is tough. Some people will like you, others won’t. That’s the reality of life and it’s fine. You cannot please everybody and a lot of people bully people because they are jealous or because they have their own personal issues that are projected on to you. Sometimes it has nothing do with you, people are just bored. 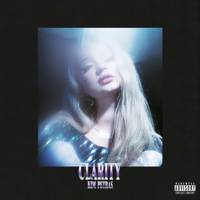 How would you describe your relationship with gender now?

It doesn’t mean anything! What matters to me is if you’re a good person or if you’re talented or if you work hard or if you’re nice or generous. It’s about human qualities. I don’t necessarily think being a boy or a girl or being gay or straight says anything about a person. But I do feel we need to raise awareness about transgender issues – we need boxes. I just hope one day it’s not as big of a deal as it is right now.

I discovered the This Morning interview you did where you were called the ‘youngest trans sexual person’ ever. We would NEVER use that language now. How have you seen the media treatment change?

Sh*t was rough back then. That was like ten years ago so it’s definitely changed so much. There’s always going to be a title I guess. Yeah but to a lot of person that’s such an alien whoooah crazy concept.

You ultimately had to wait for the world to change for you, right?

It was really frustrating. Now it’s cool to be known for my music. I’m not known for being transgender, I’m known for my music which is sick. I really think, as much as we talk about social media having all these negative effects and it does, some things really suck, comparing yourself sucks and it’s not real but at the same time, now you don’t have to do things in any particular way. You can make your own life, career, following. You can build it all yourself. 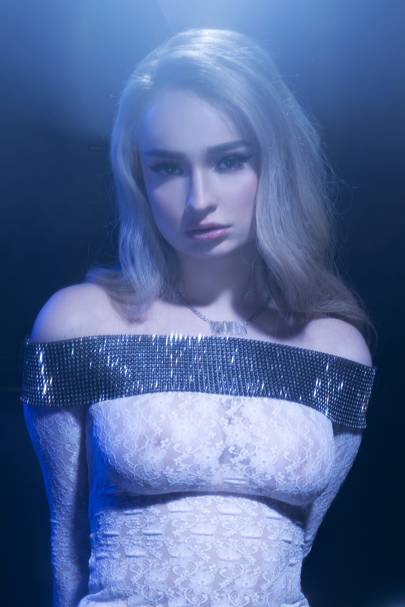 What is the most pressing thing facing the transgender community today in your opinion?

Ignorance. Uneducated people who don’t know anything about it and don’t want people to get educated about it. Being educated about this is such an easy thing. Just look up, ‘transgender person’ and you’re done. It’s a five-minute thing you can do one time!

What’s most surprised you about being a transgender artist?

The reason I’m an independent artist is because I went to major labels and all they would talk about was my gender. People would either hate it or use it and I didn’t want to do either. I wanted my music to speak for itself so I was like, ‘I’m going to do it myself, perform at every gay club there is and build a legit fan base.’

What would you say to the music bosses who doubted you?

I’m really proving myself by working really hard, my quality of music and I don’t have anything to say at the end of the day. That’s what I’m doing, proving a bunch of people wrong.

How has music helped you with your mental health?

A lot. I get over a lot of stuff by writing about it. When I write a song, I get to really sit down and focus on exactly the way I want to say it so it’s super therapeutic.

What has music helped you deal with the most?

Heartbreak. I constantly write about heartbreak. It’s really helped me.

What do you tell yourself in low moments?

Sometimes I dig myself into being really depressed and thinking everything is pointless and usually the next day everything is fine. I’ve done this a million times and every time it’s OK in the end.

What kind of relationship do you have with your self critic?

I’ve learned to embrace it but also take it easy and be proud of myself in moments of success and when I’m doing something right. You have to celebrate and be happy along the way because if you’re not, what’s the point.

What would your message be to someone watching now who’s had to face the same challenges you have overcome?

Here’s everyone who won, at the Grammys

Melissa McCarthy, says someone actually asked about her ‘tremendous size’, in an interview