Activism: the word is inescapable now. Every Hollywood actor is now an activist, every musician and model, influencer and comedian. It’s all over your insta feed, your group threads, your magazines and more. It’s firmly a part of the conversation. Let’s face it: caring got cool.

So we thought it was about time we asked you what YOU cared about. What causes get your blood pumping, what makes you want to get out and protest or even retweet your rage? Are you an activist? The results are IN.

It’s no surprise that the biggest issue close to your hearts is feminism. Our survey shows that 69% of you call yourself feminists, with 83% of you defining feminism as equality between the sexes. You also were in solid agreement that the gender pay gap is not ok (duh) and that addressing this imbalance is a righteous feminist cause; with 46% of you saying that was what feminism meant to you today.

It also turns out that activism means different things to Gen X than it does to millennials or Gen Z, and analysing the results this way, revealed some fascinating disparities between generations. Getting out and marching for your rights had more resonance with Gen X, 16% of whom had attended a rally in comparison to Gen Z’s 6%, while 21% of Gen Z would call themselves Instagram activists – whereas this applied to only 5% of Gen X. Women ‘having it all’ was the definition of feminism for 11% of Gen X readers and literally 0% of Gen Z. The #metoo movement also showed that it gained far more traction with Gen Z than Gen X; with 51% of the latter saying it had not emboldened them to speak up about sexual abuse.

What you guys were vocal about, however, were the issues you care about. Women’s rights was a priority for 56% of you, with environmental causes coming a close second at 48%. Lower down the scale were anti-nuclear activism (14%) and religious activism (9%). Period poverty was also increasingly of interest, and you spoke up about the impact it has had: showing 21% of Gen X have experienced it and 14% of you know someone who has suffered because of it. Across generations; Gen X were most impassioned by issues surrounding the environment (60%), whilst Gen Z’s biggest activist surge surrounded animal rights: with 73% of that demographic calling themselves animal rights activists.

Animals clearly strike a chord with Glamour readers, with very little deviation between the generations. A whopping 82% of you would never wear fur, 78% of you disagree with animal testing and 62% of say you’ll put your money where your mouth is, and never buy cosmetics that have been tested on animals. The meat industry is also slowly losing favour. While 21% of Gen X would become vegan, that number reaches 41% when it comes to Gen Z.

The environment was also a priority. We were super impressed to hear that 99% of you recycle! You can all clap yourselves on the back there…especially Gen Z, who came in at 100%. In fact, there is good news for sustainability all round, with 95% of you saying you’re clued up when it comes to recycling facts, and 81% of you saying that, were affordability not an issue, you would always buy eco-friendly beauty products, 76% of you would not buy a product that contained palm oil due to its devastating environmental impact, 67% of you would consider switching to an eco-friendly sanitary product and an admirable 51% of you declared you would give up shopping for a year if it helped the environment.

So, where does politics fit in to all this? Well, a depressing 25% of you feel that none of the current political parties represent your world views though, interestingly, Gen Z seem to have more faith in the system (marginally) with 21% in agreement with this assessment, compared to 33% of Gen X.

With all the issues you care about we bet you all consider yourself an activist. Right? Turns out 69% of you do not. That statistic goes up to 70% of our Gen X readers. So what’s stopping you? After all, our survey shows that you care about myriad issues, you have strong views on everything from periods to politics, from climate change to sustainability, animal rights to equal pay. Perhaps the issue is the label- are we scared or unsure of what it means? Do we not think we’ve done enough to call ourselves an activist?

Well, GLAMOUR readers, it seems to us, that you all have a voice and you’re not afraid to use it to back the causes you’re passionate about. And, even those of you who aren’t on the front lines want to help in whatever way you can; from shopping to standing up for your rights, to recycling your rubbish. 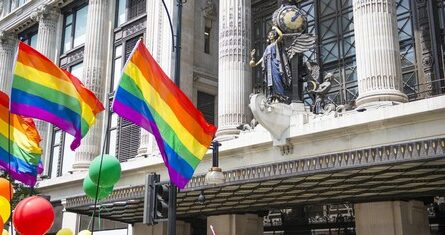 Here’s where you can celebrate Pride in London this weekend 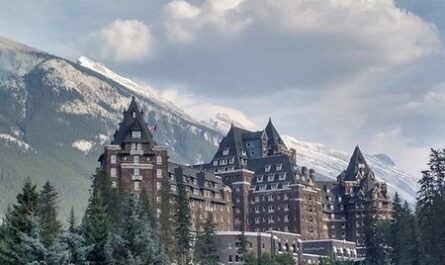 Hotel rooms that are off limits to everyone for creepy reasons