Oprah Winfrey knows how to make the most out of whatever part of the country – or world – she happens to be in. Based on her most recent purchase, a stunning 7,303-square-foot home on Orcas Island just off the coast of Seattle, Winfrey is prioritizing nature above all else with her first Pacific Northwest property.

The compound, which is comprised of two waterfront parcels measuring a collective 43 acres, features approximately 3,000 feet of west-facing shoreline, ideal for spectacular sunset views no matter what the weather.

The main home, built in 2007, features four bedrooms and three full and two half bathrooms spanning three stories. The exterior boasts an impressive copper and slate roof, with rustic yet luxurious cabinlike interior finishes made of rare reclaimed woods and wooden floorboards that were actually reclaimed from the former Sears building in Chicago. This is a subtle if inadvertent nod to Winfrey’s former home.

Inside, the main living area consists of a high-ceilinged space that includes a lounge area with a stone-faced fireplace, a dining area with high-backed chairs, and a kitchen with an oversize center island and a built-in pizza oven. The first floor also features a cozy library nook with floor-to-ceiling bookshelves; upstairs, a huge family room features a shuffleboard table, pool, and a big-screen television. 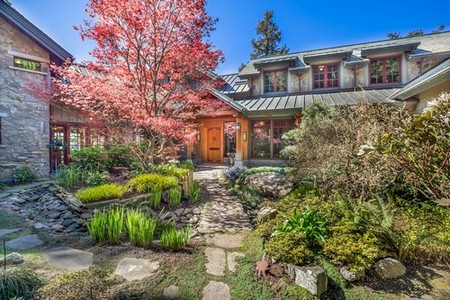 Winfrey’s new estate also features a guesthouse with four bedrooms and three bathrooms, set on a high cliff above a private beach. The 2,948-square-foot home was built in a contemporary style, with a more open layout, including a bedroom with stairs leading up to a loft space and bathrooms with separate rooms for standalone tubs. The grounds also boast a teahouse ideal for some woodland R&R, an Asian garden, private hiking trails, a pond and stream, and more than half a mile of rugged, pebble-stone beach. A large barnlike structure features a woodworking studio on the upper floor and a gym and yoga studio on the lower level, making the estate a perfect all-inclusive getaway from the business of the world.

In addition to her recent Orcas Island purchase, Winfrey also has homes in Maui, Telluride, Colorado, and a primary residence in Montecito, California, which she fondly refers to as “the Promised Land.” 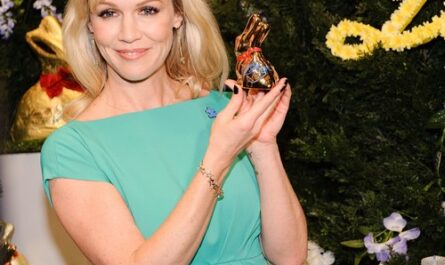 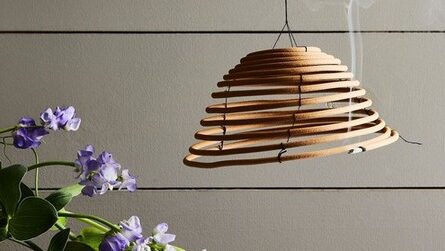