Disney fashion collaborations are a dime a dozen: In the past couple of years alone, weve seen Coach do both Mickey and Minnie Mouse pieces, Kenzo x "The Jungle Book," Donald Duck at Gucci, Disney princesses at Dolce Gabbana, countless "Star Wars" apparel drops and Uniqlo has been rolling out its Disney T-shirts for what feels like an eternity. But just when we were starting to feel like these Disney-themed lines might be getting a little tired, Opening Ceremony managed to step in and top them all.

"To do a show at Disneyland has been something that we joked about, talked about, dreamed about; we said if we could ever do a show at Disneyland, that would be the ultimate ultimate," said OC Co-founder Humberto Leon. On Wednesday night, he and Carol Lim did it, inviting editors, stylists, celebrities and all of those cool, well-dressed people you see at fashion parties but arent really sure why theyre there to Anaheim for an evening of free rides, fashion and an after-hours Toon Town takeover. They called it: The Happiest Show on Earth.

Disneyland wasnt only the venue for the fashion show, which walked less than a day after Paris Fashion Week came to a close. Once the see-now, buy-now Opening Ceremony collection (that included some must-have shoes done in collaboration with Birkenstock and Buffalo) was presented on the outdoor runway, Mickey — whos celebrating his 90th birthday this year — took center stage.

First, a marching band performed the "Mickey Mouse March," followed by a troop of dancers (including both Mickey and Minnie) performing a snazzy hip-hop routine to the music. Then, the "surprise" (though we werent too surprised) Mickey Mouse collection made its debut, and it was pretty excellent. There were vintage Disney merch-inspired T-shirts and tracksuits, cool patchwork sweaters, letterman jackets, and even gowns made from both taffeta and jersey. Plus, there was a Mickey beauty look, too, including mouse-ear buns and nails. An after-party for those in no rush to begin the hour-plus-long drive back to Los Angeles followed.

Leon and Lim assert that they are the truest of Mickey Mouse fans — Leon even made his own Mickey Mouse bowtie and cummerbund for his senior prom — and were obsessed with the idea of creating a true Mickey runway collection. It was a long process that involved combing through the Disney product archives from decades past and getting approval from the company. They were also conscious of the fact that so many Disney apparel collabs have come before this one, and there was a need to set themselves apart.

"We are cognizant of all the Mickey products and we wanted to do something that was very different; we wanted to make sure that in 20 years, when someone looks at this collection, theyre like, Oh my god, I found this piece from 2018 and this collaboration between Opening Ceremony and Mickey," explained Leon. "We want to make sure that what we did today holds its own and is a stamp in Mickeys history."

"Pushing it into the faux fur pieces and taking it into areas I think it hasnt gone there before was super exciting," added Lim. "I havent seen a Mickey gown," said Leon.

Thats not the only first, as this will also be the first Disney fashion collab to be sold inside of the Disneyland Park (guests were able to shop part of it that evening) and on Disney cruises. Part of the collection, including some T-shirts, a tracksuit and a letterman jacket, are also available now on ShopDisney.com and at OpeningCeremony.com and in stores. The rest of the range, including the gowns, will drop in October.

That said, itll be a little pricier than whats typically on offer in Disney stores: The letterman jackets costs $700, for instance. But for fans of nostalgia, iconography and Mickey, perhaps its worth it.

Peep the Mickey Mouse and Opening Ceremony collections in the galleries below. 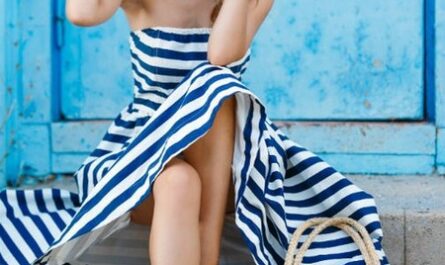