My mum told me my hair ‘stood proud like my people’. But I didn’t want a black panther-esque, 70s political mantra to hold on to; I just wanted to have normal hair, good hair.

I remember being 10 years old teary eyes and crestfallen and asking “Mummy why doesn’t my hair blow in the wind like my friends do…why don’t I have normal hair?”.

Hair is identity. Hair is culture. Whether you have hair, how you choose to wear your hair, if you can’t be bothered to style it at all… gives off invisible signals to the world about your status, health, age and world view.

That’s the thing with having textured curls and coils, even at a young age my hair made me feel Other. Growing up there’s so much noise from the world telling you that you drew the short straw when it came to hair. Good hair is hair that’s long, flows and is smooth and groomed. Growing up, the only people I saw with my 4C coils was Grace Jones, yes she was glamorous and powerful but she was always portrayed as a beautiful beast, oiled up and on the prowl. My hair was the hair of slaves, of Mamie from Gone With the Wind, of women having a nervous breakdown, crack addicts or victims like Whooping Goldberg like in The Colour Purple.

This concept of ‘good hair’ has existed for centuries – especially within black communities around the world. In 2009, the American comedian Chris Rock was inspired to make, what was to be, a seminal documentary on this very subject when his 3 year old daughter asked him why she didn’t have “good hair”. He was shocked that even at this age, his child had already picked up the negative stigma around her tighter coiled hair.

Mixed heritage women with looser curls have been prized as more desirable and historically have been the face of black beauty in advertising and TV, as this is seen as the hair of privilege, of being “whiter”.

The concept of good hair is a nasty hangover of slavery as the smoother your hair is, the less “polluted” you were with African heritage. What’s scary is that we are only now beginning to shake off these prejudices.

It wasn’t until I was 37, a mother of mixed heritage twin daughters with different curl patterns, that I decided to break the cycle of this self-hate with my hair. It was for their sake as well as mine. From the age of 8 until 37 I had chemically straightened my hair and was totally estranged from my natural texture. My hair was called “bush” in my family and the minute I had any regrowth, I would rush to the hair stylist to get it straightened.

When my girls turned 3 their curls became more textured and thicker. I had no idea how to look after their hair after a life time of having nothing to do with my own hair. It was when my Trinidadian mum said to, “sort your children’s hair out because it looks like their mother is white”, that I got a wake up call. Offensive but kinda accurate. As a child of the 80s when you went to a playground and saw mixed heritage kids, the ones with matted or hair scraped and gelled into a tight ponytails usually had mums with European straight hair, who didn’t understand how to care for curls.

This statement really shook me. It got me thinking about my relationship with my own texture, how I was perceived wearing chemically straightened hair and what legacy and internal noise I wanted to pass onto my kids. I knew the cycle had to be broken.

I went on YouTube and looked at tutorials. I consulted the very best in the beauty industry (Subrina Kidd, www.hairbythecollective.com and Charlotte Mensah, www.charlottemensah.com.) I invested in silk pillowcase for us all to sleep on, did deep conditioning treatments, plaited their hair every night to avoid matted bed hair and when they told me at 3 years old, only princesses with yellow straight hair could be royalty, I told them their hair was the hair of Queens.

As I started to create a Teflon coating of confidence surrounding their hair, I began to question what was so wrong with my hair? I went for the “Big Chop”, cutting off my over processed straightened hair. That was 4 years ago and haven’t looked back, even when other black women in the street would tell me I was ‘brave’ to wear my natural hair. I knew what they meant, they meant I was exposing myself to being more ethnic, more black and I would be judged and treated poorly for it, which I was. I was followed around in shops more by security and received poor treatment and service in shops and restaurants.

Black hair had always been political. I knew I would not be accepted in the workplace with my natural hair 20 years ago when I first started out in the magazine world. In February, the state of New York legislated against a prejudice anyone with textured hair already knew. The City Commission on Human Rights released new guidelines to protect people with “natural hair, treated or untreated hairstyles such as locs, cornrows, twists, braids, Bantu knots, fades, Afros”.

The law reinforces their “right to keep hair in an uncut or untrimmed state” while at work, school or in public spaces. According to Carmelyn P Malalis, the Commission’s Chair, the legislation was passed to remove the “stigma and retaliation” black New Yorkers so often face because of the texture and the culture of their hair. The more people see coils and curls in the boardroom and seats of the power, the better the situation will become.

The world is slowly changing. There are prominent empowered women such as Lupita Nyong’o and Viola Davis wearing their natural hair on the red carpet. Also in advertising for major high street brands – I still gasp (with unbelief and joy in equal measure) when I see dark skinned black women with hair like mine – 4C tight afro coils. And yet there are still huge controversies surrounding tighter coils and textured hair.

H&M was at the centre of one of the most recent. Celebrity hairstylist Vernon Francois, who works with Lupita Nyong’o and is at the forefront of showcasing her 4C hair as glamorous and red carpet ready, posted on Instagram a picture of a young model with hair that was perceived to be unkempt. He said of the image, “This beautiful young girl’s #kinky hair appears to have had very little to no attention, yet all of her counterparts have clearly sat in front of someone who was more than capable of styling other hair textures.”

He adds, “My heart breaks imagining yet another girl from my community sitting in front of a mirror being ignored by the team around her, left to her own devices because someone didn’t know how to handle her texture.”

Traditionally, most hair stylists have received zero to little basic training on caring for and styling textured hair. This was seen as a specialist area, again promoting an otherness and mystery around curly textured hair.

Thankfully, a new era in the perception of “good hair” is upon us. It is an era where my natural African 4C coils are both normal and good. The explosion of Social Media has allowed millions of people to unite around the world as “Team Natural”. This is the movement where many women like me ditched the “creamy crack” (the chemical straightening process also known as a ‘relaxer’) and now share tips and tricks on how to care for afro hair in its natural state.

It has been a time of reclaiming and using natural ingredients like shea butter and coconut oil, with US and UK black owned hair brands such as Shea Moisture, Liha, Curlsmith, Big Hair, Boucle Me and Trepadora launching full ranges for curls and coils in a way that I’ve never seen before. It’s a new age of relearning lost – some might say stolen – traditions and techniques like Bantu knots, protective styling, African Threading and ditching harsh moisture stripping treatments to celebrate and love juicy plump curls and coils.

When I told one of my 8 year daughters Adanna I was writing this piece I asked her how she felt about her 4A tight curls. She replied, “If you love your hair, you love your body and if you love your body you love yourself.” She showed me a hair whip and skipped out of the room. I recalled my 8 year old self and my conversation with my mother about my hair texture and I was tearful once again. This time however it’s tears of pride and relief that the cycle has been broken and my girls know they have good hair because all hair is good hair.

Friday Face / Off with Josh Newis-Smith and Rebecca Baio 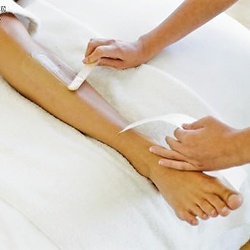 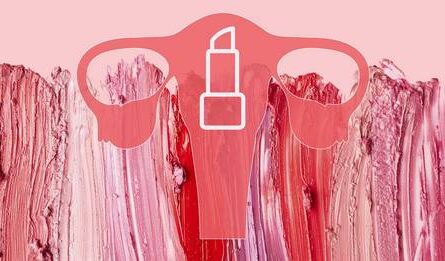 Could your beauty products be messing with your hormones?