It’s estimated that there are 3,200 new cases of cervical cancer in the UK every year. The most effective treatment? Catching it early through cervical screening.

Yet there still remains significant barriers for people wishing to attend cervical screening appointments, ranging from the unacceptable stigma transgender men experience in the healthcare system, to financial barriers, such as being unable to take time off work.

New research from Jo’s Cervical Cancer Trust shows that only one in five full-time workers were able to get a convenient cervical screening appointment last time they tried to book. As the UK’s leading cervical cancer charity points out, this “inability to get appointments around work is causing many to delay potentially lifesaving screening.” Moreover, one in five workers have had to use their annual leave in order to attend a cervical screening. This isn’t good enough.

However, Jo’s Cervical Cancer Trust has conducted vital research to educate employers on how they can encourage employees to take the time for a cervical screening, without it eating into their annual leave, or having to take sick pay. Their research showed that 62% of participants felt “an increase in discussion about women’s health in the workplace would make them feel more comfortable taking time off to look after their health.” 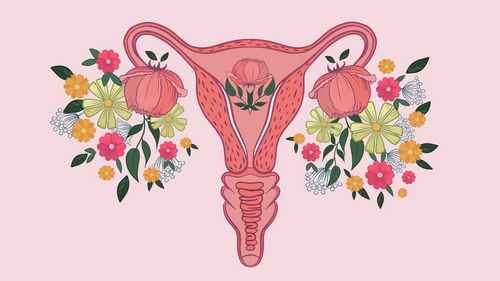 The charity also noted that while home working has made it harder for some to attend medical appointments, 28% of participants actually found it easier. This has vital implications if bosses are planning a return back to the office, as the charity warns, “this progress could be undone.” In its survey of 1020 women and people with a cervix, Jo’s Cervical Cancer Trust found that many workers report using annual leave, sick leave or even unpaid leave to attend appointments with “10% saying they had used annual leave more than once to attend cervical screening.”

They also voiced concern over the fact that one in three participants said say they felt less able to take time off to attend medical appointments because of the pandemic.” Reasons also included: “inflexible bosses, too much work, shift patterns and it being difficult to ask to attend.”

Hayley Prince, who was diagnosed with cervical cancer when she was 32, explained the barriers she faced, saying, “I work in the NHS and was a single mum at the time, being so busy I found it a struggle to get an appointment at a time to suit without having to take a day’s holiday. A Saturday morning would have been brilliant but they didn’t offer them. I was a few months over my call up due to trying to get an appointment I could get to.

Here’s how to fall asleep faster, with just some simple adjustments

You’re not alone – health anxiety is soaring post-lockdown, so here’s what you need to know

Pelvic congestion syndrome could affect up to 40% of women, yet it’s relatively unknown