Then just this week, when the fashion house unveiled a Cruise collection so tuned into the current conversation surrounding women’s rights, we couldn’t help but applaud.

A sequin uterus embroidered on a flowing frock and “my body, my choice” slogans emblazoned on jackets, just weeks after the US state of Alabama essentially slapped a ban on a woman’s right to an ban on abortion? Woke as f***.

Here at GLAMOUR HQ, we love Gucci Beauty. We love every single lipstick in the line, along with all the different pigments and textures. We love the retro packaging and floral design of the cases. And we especially love their latest beauty campaign, which features models of ‘dental diversity’ (who knew we’d ever be using that term?) – celebrating wonky smiles and crooked teeth in all their glory. The best bit? It’s no airbrushed diversity either. The photographs are real, uncomfortably raw even – for who really wants to peer into anyone’s mouth quite that closely?

Make no mistake – it’s not every day that a luxury brand (with billions of pounds of revenue to protect) is brave enough to put their image quite that dramatically on the line, in the name of progress and politics. In fact, we cannot think of another superbrand that has. But that is the Alessandro Michele way. Gucci’s now world-famous in his own right, multi-award winning Creative Director has staked the brand’s entire reputation on his new brand of quirky-cool – and won a legion of fans, and a staggering rise in fortunes, for it.

It all sounds wonderful, right? But it’s not. For every ‘woke’ hit Gucci has had of late, they’ve had some pretty tasteless misses too. And it’s got us asking whether their bonanza of ‘good’ can – or should – cancel out the brand’s blunders?

Let’s look first at one of the biggest controversies that Gucci encountered back in 2017 – when they were accused of ripping off the designs of 1980s’ cult Harlem tailor Dapper Dan.

There was, rightly, a global outrage from the black community and beyond. Gucci themselves even acknowledged the inspiration they’d taken from him – calling it an ‘homage’.

But as the noise around the scandal grew, the company reached out to Dapper Dan, suggested a collaboration – and a few months later, helped the designer reopen his Harlem store. A potential disaster turned PR triumph.

But then, in February this year, Gucci produced a black polo-neck jumper that could be pulled up to the eyes, featuring a cut out for the mouth surrounded by oversized red lips. Protestors, including new brand ambassador Dapper Dan, were outraged at the similarity it bore to the racist ‘blackface’ caricatures that stemmed from 19th century minstrel shows. The brand immediately pulled the jumper from its stores and issued a formal apology, taking responsibility and proposing positive changes to prevent such offences from happening in the future. These included diversity training and the launch of Gucci Changemakers – a three-pronged programme supporting communities and building diversity-centric design hires. 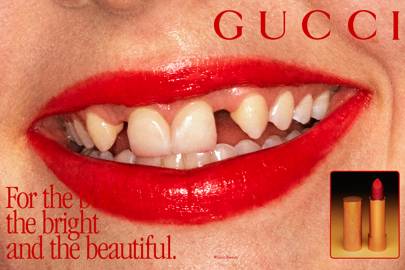 The swiftness of their response to the crisis, once again, though was clearly not enough. Because fast forward a few months, and in May this year, Gucci blundered again. The design house unveiled a £600 “Indy Full Turban”, which bore a stark resemblance to the religious Sikh turban.

And once again, unsurprisingly, many expressed their frustration on social media, citing the accessory as insensitive and offensive. The Sikh Coalition tweeted: “The Sikh turban is not just a fashion accessory, but it’s also a sacred religious article of faith. We hope more can be done to recognize this critical context. #appropriation”. US-based store Nordstrum apologised for stocking the turban and said they had pulled it from sale.

So, why is it that for every step forward, Gucci appears to take two steps back? And while they’re relatively quick to raise their hands to their mistakes (yes), they just don’t seem to be learning in the long run (agh). It begs the question: should Gucci keep being forgiven every time? Or is it a sign of a deeper lack of understanding not just at Gucci, but in the wider fashion industry – one that should not be glossed over or wiped clean with every apology? Dolce Gabbana and Prada are among other major fashion houses that have recently been called out for alleged incidents of racism or political incorrectness.

A big plus in Gucci’s corner is that with every apology, there appears to follow action. Gucci Changemakers is a case in point. As part of the programme, the brand set up a $5million fund to be invested in non-profit organisations that benefit communities of colour in North America – decided on by a panel of experts including Dapper Dan, activist Michaela Angela Davis and poet and activist Cleo Wade.

Gucci also set up a scholarship programme to support eligible fashion students from diverse backgrounds. And finally, Gucci offered employees four paid days off work per year to volunteer in projects that would help to address equality, provide support for refugees or the homeless, or work towards protection of the environment and education.

No one would argue that these aren’t steps in the right direction – and they certainly address the challenge of building a more diverse future in fashion.

But the bigger issue, across the majority of the fashion industry, appears to be right now. Where is, in 2019, the ethnic diversity – from boardroom to interns? There are still disturbingly few men and women of colour at the biggest fashion houses in the world, either behind the scenes or centre stage. A quick tally of 20 of the world’s leading fashion houses returns only three non-white artistic directors (Laura Kim at Oscar de la Renta, Olivier Rousteing at Balmain and Virgil Abloh at Louis Vuitton).

And while, in 2017, Gucci’s CEO Marco Bizzarri revealed that Michele has a shadow millennial committee of under-30s Gucci employees, who he runs a number of his ideas by, how many of them are diverse in their backgrounds? Isn’t it time we met them?

Despite the positive steps forward, right now, we at GLAMOUR still find the number of missteps troubling and frustrating – for how can a brand that seems to be so forward-thinking, empowering and liberating, seem so archaic and insensitive to the point of offensive all at the same time?

Don’t get us wrong, we’re all for political fashion, and we’re certainly for creative freedom and expression. And we love it when, say, a fashion house uses its enormous power to highlight or challenge an inequality. But if a brand doesn’t have a firm allegiance, understanding and experience of current political issues, should it really be adopting various messages as its own – and then, crucially, profiting from it? And this is a message that goes far beyond Gucci. Please, designers, please make-up conglomerates, stop selecting from a pick-n-mix of wokeness, and then getting it wrong. Pick your battles – and then fight them right.

We approached Gucci for their comments, and are waiting for a response.

YouTube has launched a fashion channel and it looks epic

Meghan Markle just wore an £85 shirt by a British designer 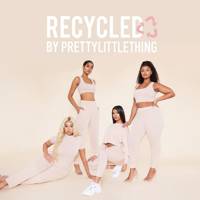