The premise was a simple, boilerplate sketch show: a routine set of characters, with specific catchphrases, were placed in different scenarios, broken up with the odd one-off sketch.

The popularity of the show was based on ‘shock factor’, and the more shocking it became, the more popular it was.

Not unlike the Gavin and Stacey comeback, it seems 2020 is the year of early 00’s TV having a revival. But, there’s one key difference – Little Britain was built on punching-down comedy, taking the mick out of society’s most vulnerable people. It included blackface, and making fun of trans women and people with disabilities, to name a few.
Little Britain, the hit BBC comedy co-created by David Walliams and Matt Lucas, is coming back 12 years after its last series.

It’s the show that gave us Vicky Pollard, complete with all her “yeah but, no but” gags, and a shameless leader of ‘Fat Fighters’, Majorie Dawes. David Walliams confirmed the comeback in an interview with The Sun, saying “There will definitely be some more Little Britain coming, I can’t say when exactly but at the right time and place. It was fun coming back for radio because that’s where we started.”

Matt Lucas previously told The Big Issue that if the show returned, it would have to change: “Society has moved on a lot since then and my own views have evolved.” But, if that’s the case, then what would it even look like?

Almost every character was offensive. Vicky Pollard made fun of the working class, Ting Tong (a Thai bride) and Desiree (a luxury obsessed obese black woman) were both blatantly racist, and Daffyd was a gay character seeped in homophobic stereotypes. The jokes didn’t just cross lines, it rubbed them out and then pissed on them; but these jokes weren’t aimed at everyone – only the marginalised. Which, with a 2020 view, isn’t acceptable.

This isn’t PC culture gone mad, or a woke generation being too sensitive – it’s about leaving behind an era we should all be ashamed of. Given Brexit, Trump and the rise of white nationalism, making a racist, homophobic, transphobic, fatphobic or classist joke isn’t (and, let’s be honest, never was) funny. It’s dangerous. Humour normalises thoughts and behaviours, and we definitely don’t need bigotry any more normalised then it already is.

Comedy is supposed to take risks, and mocking the already most-mocked isn’t risky, it’s bullying. I’m sure Matt and David would argue that it was satire, intended to mock the small-minded people of Britain who view anyone considered ‘different’ as these grotesque characters. But that’s, put bluntly, untrue. It didn’t challenge any stereotypes, it reinforced them. It didn’t make fun of the bigots, it made fun of the disadvantaged.

However, given the fact The Sun has already written an article asking if Little Britain ‘will it fall foul of PC killjoys?’, I have a sneaking suspicion that not everyone will agree with me. When I rewatch shows like Sex and The City and Friends, I’m surprised that we all loved them so much – what, with the complete lack of diversity and crude stereotypes.

So, when considering Little Britain, a show that wasn’t just ‘of a time’ but one that was shocking, even then, it’s hard to imagine *why* on earth it needs a comeback? Let sleeping dogs lie, and leave TV that hasn’t aged well in the past. Little Britain first aired in February 2003, which really isn’t that long ago. Certainly not long ago enough for us to give it a haul pass.

Let’s hope that if David and Matt come back, that their Little Britain characters look more like themselves then those already operating in a world that doesn’t respect them. I, for one, would love to see a show that mocks rich, white, cis men. 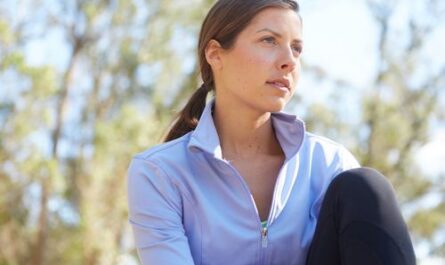 Lightwave valleytronics in a monolayer of tungsten diselenide

One thought on “Little Britain is coming back, but does it have a place in 2020?”