That’s because all three actresses are taking part in a charity production of Cinderella – and we’re ALL invited to the show. Unlike the rest of Christmas 2020’s cancelled panto performances, this one was filmed online and will be dropping on BBC2 on Christmas Eve for us all to watch.

A perfect antidote to a rather bah-humbug year.

If, like us, you’ve binged your way through The Crown Season Four and all seven episodes of The Queen’s Gambit, and have Olivia Colman, Helena Bonham Carter and Anya Taylor-Joy withdrawal symptoms, you are in for a festive treat.

Cinderella: A Comic Relief Pantomime will be a retelling of the classic written by the Dawson Brothers, based on an original script by Ben Crocker, with hand-drawn illustrations by Quentin Blake to help bring the play to life. 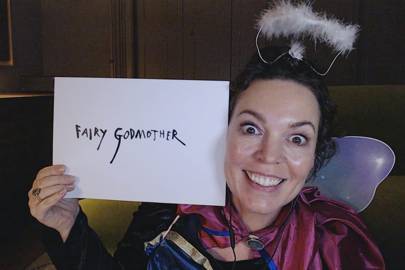 It looks as if we have a lot to look forward to after snaps were released from the hilarious production showing the characters in action. 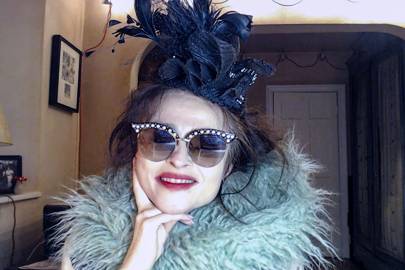 Olivia Colman, dressed rather angelically in a halo and wings, will play the Fairy Godmother, while Helena Bonham Carter is playing Lady Devilia, aka Cinderella’s wicked step-mother, wearing a fur shawl, large sunglasses and a fascinator. Anya Taylor-Joy, pictured in a tiara, will be taking the title role. 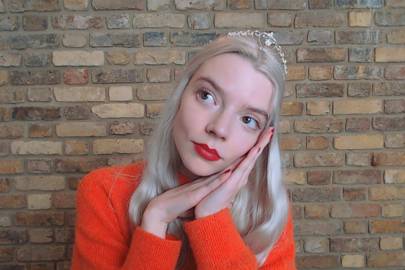 Other cast members include Tom Hollander as Baron Hardup, Cinderella’s father, who is even more scared of his new wife and step-daughters than Cinderella is. Real-life brother and sister duo Daisy May Cooper and Charlie Cooper will play evil step-sisters Listeria and Salmonella, while Regé-Jean Page, who is set to star in forthcoming period drama Bridgerton, will play Cinderella’s handsome Prince Charming.

Comic Relief founder Richard Curtis said: “We’re hugely grateful to BBC2 and the amazing cast for allowing us to do our first ever pantomime.

“It’ll be very funny and merry – and also a great seasonal opportunity to raise crucial funds for the projects that will help the most vulnerable people, at home and abroad – especially now when Covid has made things harder than ever for many.”

The public will have the chance to donate to Comic Relief projects as they watch along.