The average millennial is predicted to take 25,400 selfies in their lifetime. Sound familiar? Yeah, us too. In fact, the GLAMOUR beauty team has a combined 2400 selfies on our phones (and one of us has just off-loaded all photos to the cloud). In light of these stats, it may come as no surprise that there’s a national day devoted to the act and appreciation of taking selfies – after all, there’s a day to celebrate picnics (18th June), and chocolate gets its own week (14th-20th October), which seems about right tbf.

Have you ever taken a selfie? Of course you have, we all have. In fact, it’s estimated that over 93 million selfies are taken every day. And even more than that will probably be taken today because, well, it’s National Selfie Day.

But unlike picnics and chocolate, selfies have been shown to be problematic in terms of our mental health. In a survey commissioned by GLAMOUR, it seems that millennials (who list Instagram as our most visited social media platform) suffer the most from the volume of perfected images we see daily on our screen.

Forty nine percent of millennials surveyed admitted that the use of filters to edit and perfect images shared on social media is having a negative impact on our body and face image. Our “likes” culture, which focuses so intently on social validation, is having wider ramifications. “‘Likes’ are about social attention which is a basic human need. Asking for likes is not toxic in itself; it’s how you feel if you don’t get enough that matters,” explains Dr Paul McLaren, consultant psychiatrist at Priory’s Hayes Grove Hospital in Kent. “For some, this might become how they judge their self-worth, which isn’t ideal, especially against the backdrop of photoshopping and selfie filters,” says Steve Peralta, Co-Founder and Chief Content Officer at Unmind, a workplace mental health platform. “When most of one’s attention and energy is focused here, it leaves less attention and energy for developing authentic relationships based on mutual respect for one another on qualities such as kindness, empathy, humour and compassion,” he adds.

It’s a complex problem we’re encountering, though, because while we’re suffering from lower levels of self esteem and comparing ourselves, detrimentally, to the images we mostly suspect aren’t truly representative of the people behind them, we’re adding to the issue. Only 10% of the millennials GLAMOUR surveyed said they never took selfies (compared to the 28% of Gen Xers), with the largest majority (30%) posing for a pic monthly and 27% clicking a selfie weekly. What’s more, 84% of us admitted to using filters, with 42% using editing apps like FaceTune at least once, if not regularly. It’s setting ourselves and others up to unrealistic expectations. “If behind the scenes, people are comparing how they really look to the edited selfies they look at on a day-to-day basis they are likely to judge themselves as not up to ‘standard’ (albeit a false one)… fuelling feelings of low self-esteem,” says Peralta.
What’s more, it’s promoting feelings of isolation. Forty percent of those surveyed said the more time they spent on social media led to less time spent in real-life with friends. “A few harmless selfies here and there is not going to be a problem,” Peralta reckons, “but when you feel the need to have to present yourself and your life to the virtual world via selfies on an ongoing basis, I think this leaves less attention for the actual world and people around you.”

But, even armed with the facts, ask most millennials, and we’re reluctant to give it up. In fact, it’s an instinct which is ingrained in some of us. “People have varying reasons for taking selfies, although it might relate to a desire for connection and recognition – two innate human needs,” Peralta argues.

As with everything, it’s about balance. “If people used selfies to document all elements of their lives, good and bad, it may help to promote connection through a sense of common shared humanity, says Peralta. “If people approached them more realistically, then perhaps it could have a positive impact.”

Meryl Streep Trolled Her For Being Short, but Just How Tall Is Reese Witherspoon? 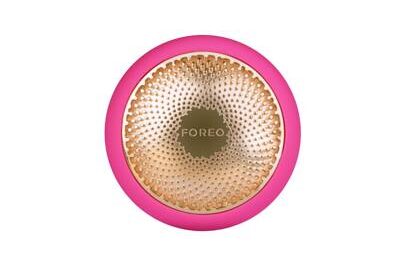