Solo: A Star Wars Story hit theatres yesterday, and with mixed early reviews and a couple of trailers that you could say fell a little flat, we’re not really sure what to expect. Not to mention it’s following The Last Jedi, which pretty much already split Star Wars fandom in half. At the very least, we get to watch Emilia Clarke for a couple hours, so that’s good! 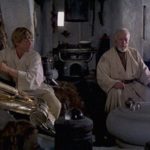 Whether it’s a hit or not, one thing is for sure, nothing will ever compare to the original trilogy, at least in my eyes. So the idea was to give you guys a facts post only on Episode’s IV, V, and VI. And not just any random facts. The most obscure and unknown ones we could find. But something was still missing… something that only a post like this deserves.

So here’s Part 1, with some facts about Star Wars: Episode IV – A New Hope that you might not know. Keep your eyes out for Part 2 coming soon… 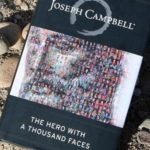 Luke Skywalker is based off popular myths like King Arthur

Although it took inspiration from several stories, including westerns, fairy tales, and 1930s sci-fi serials, George Lucas based the story for the original Star Wars around the book The Hero with a Thousand Faces, by Joseph Campbell.

The book dug deep into common mythologies and argued that all the myths passed down through generations around the world, like Beowulf or King Arthur, share the same basic structure. In Campbell’s words, “A hero ventures forth from the world of common day into a region of supernatural wonder: fabulous forces are there encountered and a decisive victory is won; the hero comes back from this mysterious adventure with the power to bestow boons on his fellow man.” 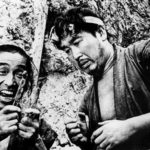 While trying to write the screenplay for the first Star Wars, George Lucas struggled with creating the film’s P.O.V. Unsure how to tell such a massive sci-fi space opera on a personal scale, he found his answer in Akira Kurosawa’s 1958 film The Hidden Fortress. It told the story of a general tasked with protecting a beautiful princess from an evil clan behind enemy lines, but how the story was told is what influenced Lucas.

“The one thing I was really intrigued by was the fact that the story was told from the two lowest characters,” Lucas said in an interview for The Criterion Collection’s release of the Kurosawa classic. “I decided that would be a nice way to tell the Star Wars story. Take the two lowliest characters, as Kurosawa did, and tell the story from their point of view. Which, in the Star Wars case is the two droids, and that was the strongest influence.” 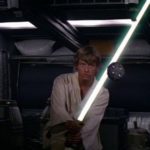 It’s allegedly derived from the Japanese word Jidaigeki, which roughly translates to “period dramas”. These were the types of films Japanese directors like Kurosawa typically made. 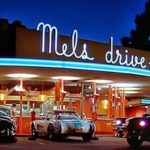 Universal Studios passed on it, even after their success on American Graffiti

Following his hit 1973 film American Graffiti, which was nominated for five Oscars, including Best Picture and Best Director, George Lucas submitted a 13-page treatment for what was originally called The Star Wars to Universal Studios, who passed claiming the story was too confusing. After United Artists also said no, 20th Century Fox eventually picked it up. 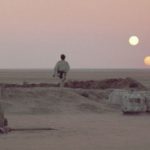 The first draft of the screenplay was way too long

Like the first draft of this post, it was just too much. The original screenplay was more than 200 pages. By comparison, an average screenplay is between 95 and 125 pages. To cut it down, Lucas removed the final two acts and presented only the first act as the finished story. It became the script for Star Wars, and the final two acts were eventually worked into what would become The Empire Strikes Back and Return of the Jedi. 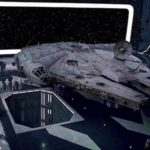 At the time, the $11 million budget for Star Wars was jaw-dropping. Trying to get approval from 20th Century Fox, twenty-one illustrations were created to help sell the story, like C-3PO and R2-D2 crashing on Tatooine, Vader confronting Luke with his lightsaber, the Mos Eisley cantina, the Millennium Falcon, and the attack in the Death Star trench.

In case you were wondering, the combined budget for Avengers: Infinity War and the upcoming Avengers 4, filmed back-to-back, was estimated to be $1 billion. 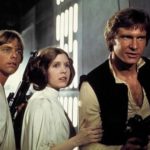 The idea of different casting variations was tossed around during pre-production. Lucas thought about casting only African-American actors, or possibly only Japanese actors. At one point, he even considered using only little people. He went on to say that The Lord of the Rings probably influenced the last idea. 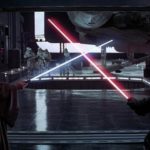 A whole new world of sounds

Ben Burtt, now a legendary sound designer, was fresh out of USC film school when he walked on to the set of Star Wars and was tasked with creating a totally new soundscape that had to be the complete opposite of the electronic, futuristic sound popular in sci-fi movies at the time.

The first effect he created was Chewbacca’s voice, from a blend of bear, lion, walrus, and badger sounds. He made R2-D2’s “voice” using loops on a synthesizer and combined that with beeps and boops modelled after baby coos, which he performed himself. For Darth Vader’s infamous breathing, he put a microphone inside the regulator on a scuba tank. And that lightsaber whoosh… that was the hum of an idle 35mm film projector mixed with the sound of a slightly broken microphone cable passing by the tubes of an old TV. 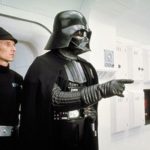 Coming up with the name “Darth Vader” was nothing

“That’s just another one of those things that came out of thin air. It sort of appeared in my head one day,” Lucas said in J.W. Rinzler’s The Making of Star Wars. He later told Rolling Stone, “‘Darth’ is a variation of dark. And ‘Vader’ is a variation of father. So it’s basically Dark Father.” 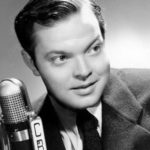 George Lucas originally wanted Welles for the performance, but later changed his mind because he thought his voice would be too recognizable and take away from the story. 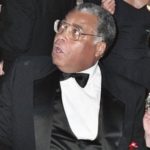 All in a day’s work

James Earl Jones was eventually selected for the voice of Darth Vader because of his unmistakable baritone. He was only paid $7,500, but he completed all of his lines in two and a half hours. 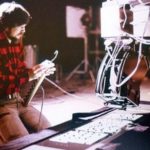 The movie’s opening sequence, which was designed to look like those in the Flash Gordon serials, was physically shot. 2-foot-wide die cut yellow letters were carefully placed over a 6-foot-long black paper background, and a camera slowly passed over them to mimic the crawl. It turned out to be very difficult to get a smooth scrolling effect, not to mention that they had to shoot it in multiple languages. The entire process took three hours. 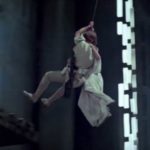 Because the production couldn’t afford stunt doubles, Mark Hamill and Carrie Fisher had to perform the stunt themselves. Shot in one take, the actors swung across a platform 30 feet above the studio floor. They were secured with safety harnesses though, so it was kind of real I guess. 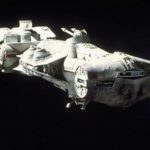 The Millennium Falcon could have looked very different

The original concept model for the ship was actually very different than what we eventually saw on screen. It was long and cylindrical, and the complaint was that it looked too much like the spacecraft from the 1970s British TV series Space: 1999. Lucas asked the team to create something completely different in less than four weeks, his only suggestion was they “think of a flying saucer”, and the Millennium Falcon as we know it was born.

A variation of that original model did end up in the movie though, as a Rebel Blockade Runner. It can be seen fleeing from the Imperial Star Destroyer in the opening scene. 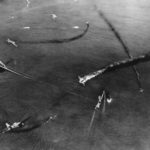 Today, Industrial Light and Magic is one of the most renowned special effects companies in the world. But back in the late 70s, it was just a group of artists in an empty warehouse in Van Nuys, California, who were asked to complete a year’s worth of work for Star Wars in just six months.

To give them ideas for the type of sequences he was looking for, Lucas gave the team old footage of World War II dogfights. They took this footage and matched many of them frame by frame with the sequences for the film. The space battle in the Millennium Falcon between Han, Luke, and the TIE fighters is one of the scenes, matched directly from the footage Lucas provided. 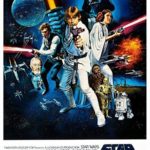 Many theatres didn’t even want to show the movie

As we all know, Star Wars went on the become the highest grossing movie ever made at the time, while The Other Side of Midnight brought in less than $25 million. On top of that, it turned out that requiring movie theatres to show one movie in exchange for another was actually illegal, and 20th Century Fox had to dish out $25,000 in fines… for forcing the theatres to show The Other Side of Midnight.

Oh, how the tables turned. 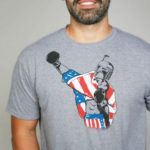 Whether you’re an Italian Philadelphia-area boxer or a heartless bounty hunter in a galaxy far, far away, we’ve got the perfect T-shirt for you: Our Rocky Balboba Tee! 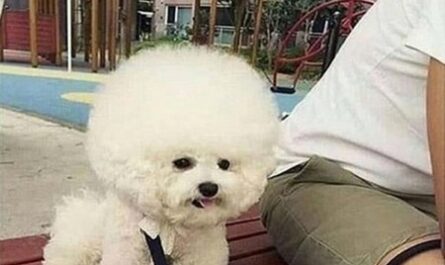 When going the extra mile pays off 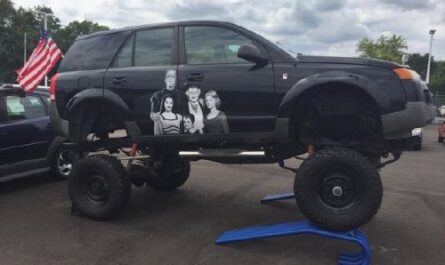 Your eyes don’t deceive you, these cars exist 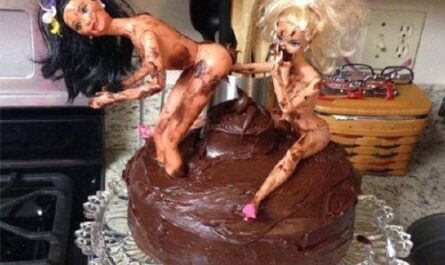 Everything you forgot happened in the 2000s 20, Photos