Still repping his team after moving to New York, John had an entire beer thrown on him by a Yankees fan “celebrating” their win.

Luckily the internet banded together, thought it through, and agreed that it was a dick move.

Fans on both sides were rightfully upset at how he was treated, and some even went as far as to hit up the Yankees and the A’s to hopefully have them make it up to him.

The A’s tweeted out a call out for him, hoping the internet would be able to track him down. And luckily it worked!

I say luckily because John has only tweeted 8 times in the last 7 years.

This is John Spencer. He’s a software engineer, a drummer for a punk band, and he’s down to root for the Oakland A’s even while soaked with beer.

Yankee fans are the absolute worst. They’ll talk about the 27 rings all day, but then they’ll do shit like this for winning the Second Place Series. pic.twitter.com/vJaFi1RB5y

But more than that, John was a champ about the entire incident. Going through his timeline, there wasn’t one negative thing he had to say about the people who threw the beer or Yankees fans as a whole. 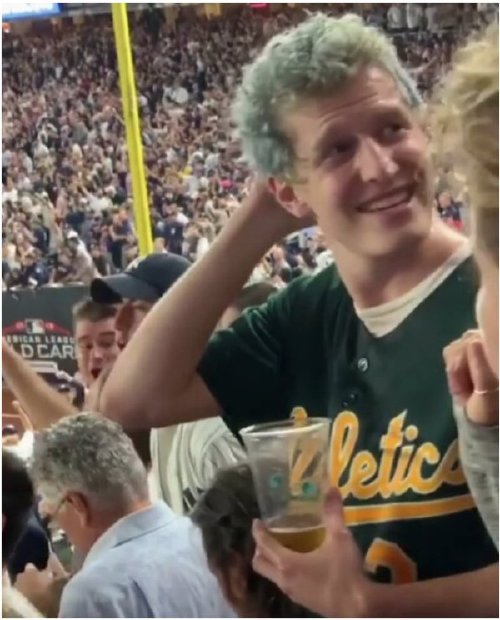 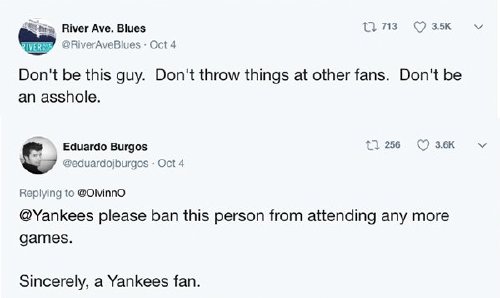 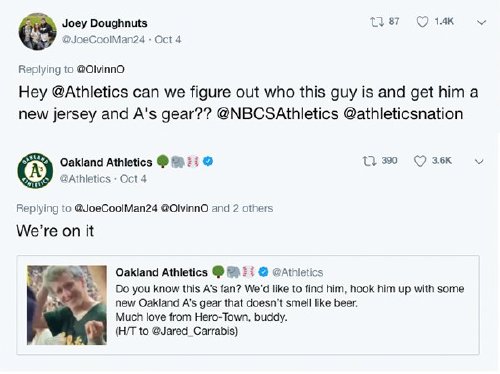 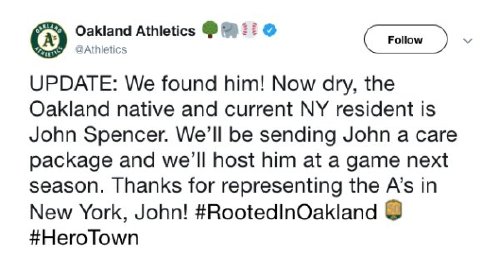 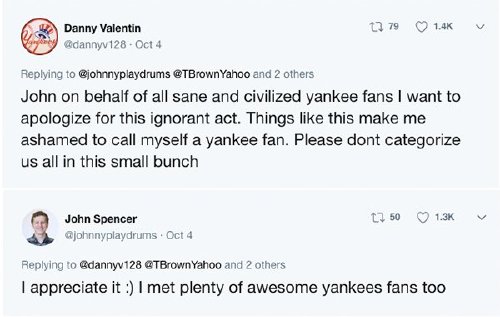 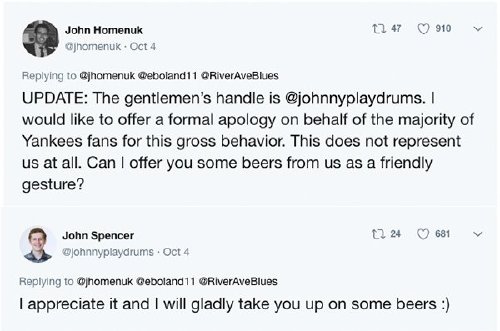 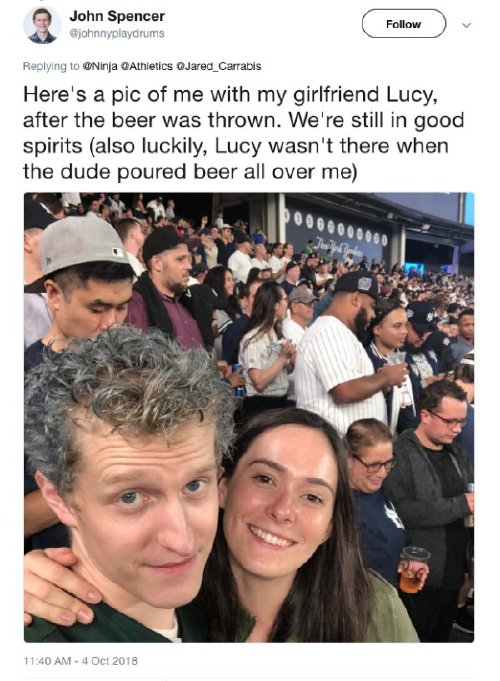 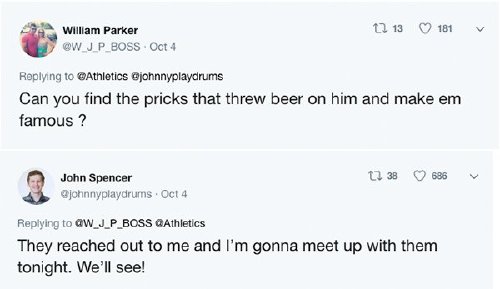 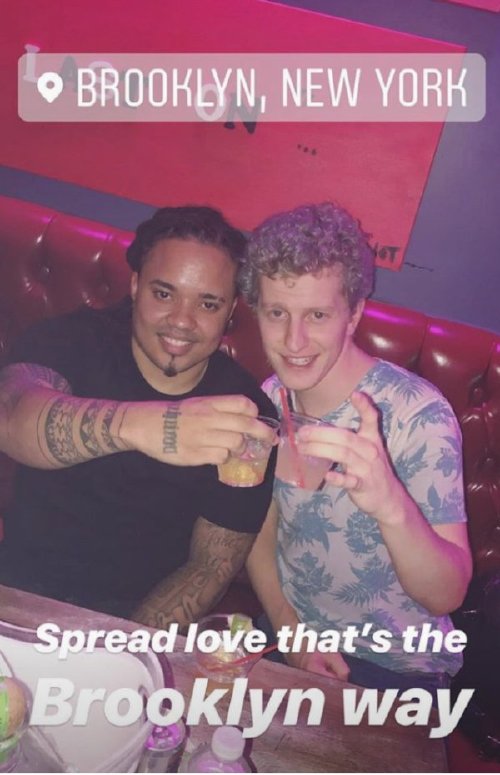 His Twitter feed was full of awesome strangers apologizing for the internet and offering to buy him drinks. He was being thrown beers left and right, metaphorically speaking.

The man who threw the beer is in the background of this photo. With how fast this blew up and word spread, it wasn’t long before John and the pitcher of beer found each other again.

In a great example of humans being bros, they shared some drinks, apologized, and were able to move past it.

Huge shoutout to that guy for owning up to his mistakes and making amends.

But the title promises “the best response”, and while I love the positive turn this took, a little revenge never hurt anybody.

Take some notes on how to handle shitty situations from John Spencer. This guy has nothing but love for the world and it’s great to see the world send love right back.

Check out his Twitter, which also has a link to his band. 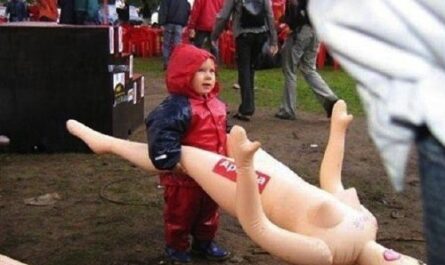 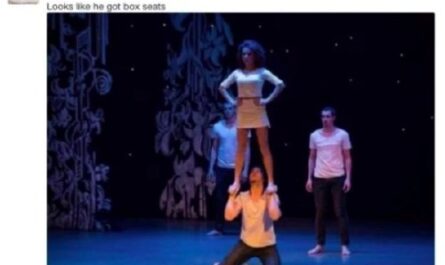 Top comments of the year 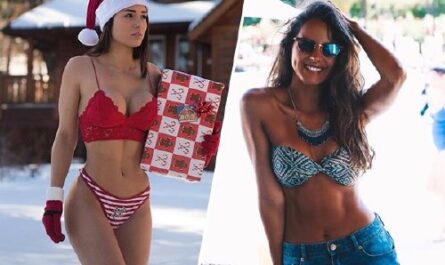 Brunettes wishing you a Merry Christmas, ya filthy animal!