Tucked away in a tiny studio are two modest racks of clothing – pieces of tailored suiting cut in menswear fabrics and flowing silk tops made from vintage scarves – that call to mind a certain type of downtown woman; the kind as likely to be found at a posh art auction as at a cool concert in a dive bar.

Its a tight edit, perfect for a debut collection meant to diffuse the mission statement of a new designer.

You may not recognize the name in the tags, but for O. B. Savage, fashion runs in the family: Savage, who is launching his eponymous line for Fall 2018, counts Seventh Avenue mainstay Nanette Lepore as his stepmother.

Soft-spoken and modest, Savage cut his teeth on the world of design working in Lepores studio over the course of 12 years. Hes done everything from sweeping out the shop and shipping out orders to visiting factories and helping sell collections to visiting buyers. Ultimately, though, it was Savages own sense of personal style that lead to the launch of his own line.

“Hes got a fan club here at my office,” Lepore says. “Everyone cant wait to see what O.B. comes in wearing every day.”

“People seem to find my style interesting,” he conceeds. “Not to toot my own horn, but I do get compliments on the street from strangers.”

For Savage, launching a fashion line provides a new outlet for his creative energy; hes been experimenting with painting – his father, Bob Savage, is an artist and creative himself – and music since he was a child. This first offering is inspired by Savages wife, who works at Christies. It was important that the clothes be professional, but also look good out in the street.

“My wife is a badass – shes way more badass than I am!” he says with a big smile. “Shes feminine, but she also doesnt take any shit; whatever she wanted to do, shes gone out and accomplished.”

One of Savages signature accessories is a scarf, which inspired the scarf tops that can be tied in multiple different ways. Theres also an intention for the line to become unisex, which is why so many of the pieces are cut in classic Italian menswear fabrics; the plan is to hopefully include streetwear pieces, as well. Still, Savage knows to start small. As he courts his dream retailers, hes keeping the collection tidy and will launch exclusively online to establish a customer base.

And while it would be easy to say that Savage has a leg up on the competition thanks to some old-fashioned nepotism – certainly, dropping his stepmothers name is going to open some doors – Lepore has been completely hands off when it comes to the collection itself. If he wants to succeed in fashion, hes going to have to do it on his own.

“Its a weird world, the fashion world,” Savage admits. “Its definitely different from any other art out there; its intense. Its definitely fun.” 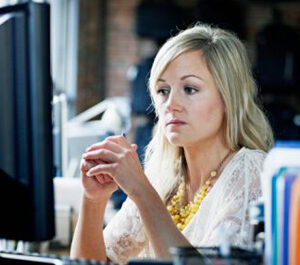