So, when augmented reality stepped up its game, allowing us to try on makeup through the safety of our smartphones, I welcomed the germ-free innovation with open arms.

If you’re anything like me, the idea of trying on a lipstick in a heaving department store gives you the heebie jeebies, namely since scientists revealed that in-store makeup testers harbours all kinds of nasty bacteria, including E.Coli, Strep and HSV-1 (herpes simplex). Even the thought of touching a tester makes my OCD go into instant overdrive.

But there was one problem – I’m not married to one makeup brand, and every app was branded, meaning I would only be able to “try on” products from that particular brand. Either I clogged up my screen with dozens of different apps, or else, it was back to the department store for swatching and cold sweats. 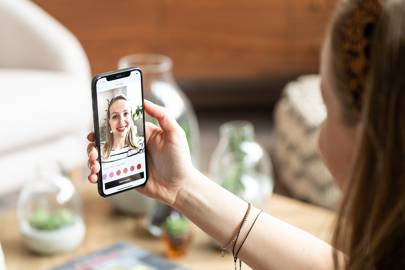 Enter John Lewis, my spiritual home and all-time favourite store (no, this isn’t a #ad, I just feel weirdly at peace there, especially in the haberdashery), who have just announced that their app will now feature an augmented reality element, that allows you to try on lipstick from all of their makeup brands – that’s more than 300 brands, including MAC, Bobbi Brown, Charlotte Tilbury, YSL, BECCA and Lancome. That’s thousands of lipsticks. 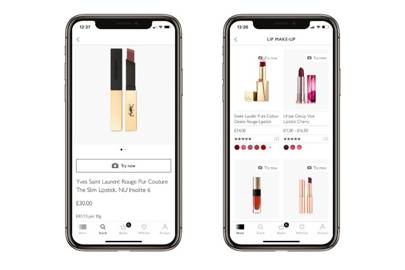 “As we look at new ways of weaving innovative technology into the services and experiences we offer our customers, I’m really excited by the possibilities of working with AR,” says Sienne Veit, Director, Digital for John Lewis Partners. “Beauty is the perfect space for us to experiment with this technology and we hope our customers have lots of fun using it.” I’m having fun at the mere thought of it, Sienne.

This ‘wonder serum’ has sold out five times and has a waiting list of 35,000 people