Kim’s never one to sit out on a trend (or money-making opportunity), but this launch also had a strong personal motivation behind it. Kardashian has long been open about her struggles with psoriasis, and that’s in part why she wanted to create her own version of body foundation.

After endless teasing on Instagram, last week Kim Kardashian dropped new KKW Beauty body foundation, shimmers, and shimmer powders. Since Rihanna brought body shimmer back from the grave last year, it’s been having somewhat of a renaissance, along with body makeup.

In an Instagram post announcing the launch, she discussed how she’s relied on body makeup for years, but has never been able to find the perfect formula. “I use this when I want to enhance my skin tone or cover my psoriasis,” she said. “I bruise easily and have veins and this has been my secret for over a decade. I’ve learned to live with and not be insecure of my psoriasis, but for days when I want to just cover it up I use this Body Makeup.” In another post, she showcased the makeup by covering her grandmother MJ’s veins.

But this is a Kardashian we’re talking about, and as swiftly as the intrigue came for her new products, so too did controversy. There’s been backlash on social media from both fans and other celebrities (most notably Jameela Jamil), who have accused Kim of promoting unrealistic beauty standards by promoting a product that covers “imperfections.” As Jamil wrote on Twitter (and has since issued an apology about): “Hard pass. God damn the work to take it all off before bed so it doesn’t destroy your sheets… I’d rather just make peace with my million stretch marks and eczema. Taking off my mascara is enough of a pain in the arse. Save money and time and give yourself a damn break.”

Others, however, pointed out that body foundation is nothing new. It’s long been a red carpet and on-camera staple. Even for so-called “everyday people,” there’s clearly a demand for it. (For example, Sally Hansen sells a million cans of its Airbrush Legs a year – the stuff is crazy popular.) Yes, legs are perfectly fine with bumps, bruises, veins, and discolouration, but if you want to cover it up, that’s 100 percent your choice.

Jamil also had a point though. No one wants to take an extra 10 minutes to slather on body makeup, only to have it drip off your legs in the sun or destroy a brand-new skirt. So we tasked three Glamour staffers to put it to the test during a hellishly muggy week in New York City. Read on to see how it held up – and if it’s really worth the $45.

Despite a few scars and the fact that I am somehow always covered in bruises, I’ve never really felt like I needed body makeup (I love a body shimmer though). However, I’m down to try anything, and actually found the KKW super user-friendly. It went on streak-free with the included brush, and although the shade light was a little too dark for me, it actually made for a realistic tan, and dried down right away. I found it easiest to apply before getting dressed, and right after moisturising.

I tested it twice, once to a full day of work plus a rooftop BBQ in 90 degree heat, and on a night out of dancing at a jam-packed club with no AC. Oddly enough, I found it didn’t budge during my night out, but after eight-plus hours of wear I was starting to look a little splotchy (luckily enough none transferred to my clothes). Kim recommends setting it with a translucent powder, so if you’re planning on all-day wear I would give that a try. Both times I washed it off before getting in bed, and it took two rounds of an oil cleanser to come off in a 3:00 AM shower – really, it doesn’t budge. Because I generally want to go right to bed, I would skip this for a night out, but if I had a formal event where I wanted to look really polished I’d definitely reach for it – especially since it’s way too expensive for it to be an everyday thing.

Let me start this off by saying, I’m a sucker for anything Kardashian. Kylie Lip Kit? Yup. Kim’s new shapewear? Let me put that on pre-order. So after a week of watching Kim tease out KKW Body all over Instagram stories I was dying to try it. I went with the medium/light shade and when I first put it on I was immediately impressed. I still wanted my skin to look natural, so I didn’t use too much product. I didn’t have the KKW brush, so I used a dense brush and made sure to bend it really well so it didn’t streak. Friends told me I looked airbrushed, in a good way. Then I put its staying power to the test. I spent all day bar hopping in the blazing hot sun and it didn’t even streak, bleed, or transfer. It almost stayed on a little too well – it took me multiple wipes, and a lot of elbow grease, to get all of it off. That being said, I think it’s totally worth it if I’m going to be wearing a short skirt or dress.

I wasn’t sure what to make of the KKW body foundation, but after watching all of Kim’s mesmerising videos on Instagram I was excited to try it. A makeup artist friend beat my face, so to complete the glam I topped the Body Foundation with the Body Shimmer and Loose Body Shimmer, and loved the shimmery bronze look. I was running all over the city on a disgustingly hot day and was shocked by how well it all stayed on. It didn’t feel sticky or melt, and amazingly didn’t transfer on my white shorts. When I looked in the mirror at the end of the day, my legs still looked airbrushed. So it definitely works, but despite the staying power I’d still worry about sitting on someone’s couch or forgetting to take it off before bed and ruining my sheets. Maybe just for events. 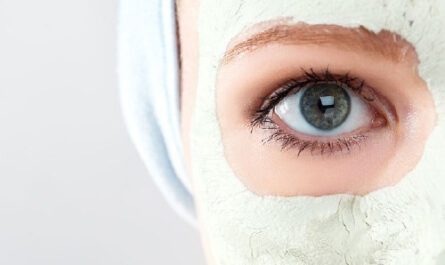 30 questions to a dermatologist about facial masks 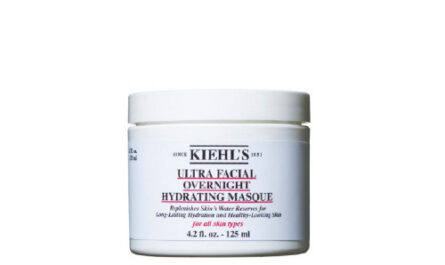 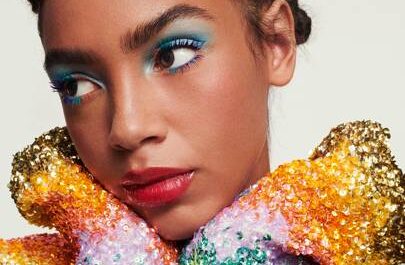