Whenever we appear to be making progress towards washing away the inequal and frankly inexcusable attitudes that have held women and other select groups of people back, an incident like this reminds us of just how far we have to go.

It should go without saying that derogatory, discriminative and inflammatory comments have no place in 2019, so to hear them from the man who represents the head of the British government is extremely disappointing. It not only suggests that gross misogyny is very much rife in the political industry – it also suggests that our Prime Minister has a severe lack of respect for women.

Boris Johnson’s latest insensitive remarks are a perfect example of the misogyny that plagues the political institution. Forget the playground connotations and look deeper into the meaning of the term ‘big girl’s blouse’, which Mr Johnson used to describe his opposition, Jeremy Corbyn, during his first PMQ. His lip-read words scathed “call an election. You’re a big girl’s blouse!”. In this, Boris Johnson is inferring that Corbyn is unable to make an important political decision – like a woman?

The term carries the insult of being considered weak or cowardly, which begs me to ask the question, is this the Prime Minister’s view of women? 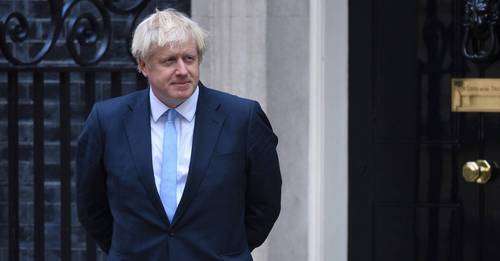 Not a single openly LGBT member of Boris’ Cabinet. Johnson has mocked gay people as ‘tank-topped bumboys’ and compared equal marriage to marrying a dog.

Today he calls the opposition leader a ‘big girls blouse’. A homophobic slur from the dispatch box. pic.fYSE0eyCCi

Unacceptable. Politics is not – and will never be – a man’s game and it’s high time people such as Boris Johnson, who is no stranger to a crazy remark about people who are from backgrounds different to his own, realised this.

It is so fundamentally important that we stand up and speak out, because there are still so many women who are being treated unequally and need our help to find their voice. When cases like this happen, we must hold those responsible to account, especially when it is from those in power.

When children say something that is wrong, we teach them not to in the hope that they will grow up to understand how their actions affect those around them, because ultimately, these attitudes will determine whether we progress or regress as a society and the way we are perceived by the rest of the world. However, when the most powerful man in the country makes sexist remarks, what example does that set?

Women are far from weak, nor are we cowardly, and labelling us as such is incredibly insulting. Women have endured prejudice and hardship in ways that Boris Johnson seemingly does not understand. After all, if this was not the case, he would not have made the comments that he did.

Women are strong and we are much more capable than insults such as those thrown around in parliament yesterday make us out to be. With the political climate being as turbulent as it is, it is more important than ever that we take action to stamp out these attitudes at all levels of our society, especially if they come from the most ‘powerful’ man in Britain.

Shame on you, Mr Prime Minister.

These are the brands making a real difference to LGBTQ+ lives