“A second marriage is a victory of hope over life experience,” asserted the English critic Samuel Johnson. “80% of repeated marriages end in divorce,” the statistics states.

Having said goodbye to her first husband, with his pleasant voice, but terribly unpleasant character, the women again marry. They marry cautiously, as they walk on the first ice, transparent, but not very durable.

And yet, deep down they hope that this time everything will be different. What mistakes are most often committed by women in their second marriage, learned the correspondent of SE. 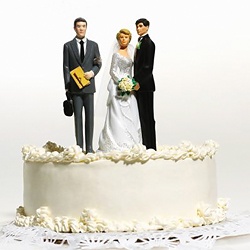 To work on the errors are taught at school, forcing to rewrite the same thing several times. However, the mistakes of an adult woman, who managed to get married and divorce, are much more serious than the scribbles of the first-graders. That is why there are much more problems with their awareness and elimination.

After parting with her husband, restless girlfriends do not allow a divorced woman to be alone with her, urging her cheer up instead of souring. The refreshment takes place not only through visits to entertainment facilities, but also by acquaintance “with a very good person”. Such casual acquaintances can have more serious consequences than the morning remorse.

According to psychologists, the most frequent mistake is the too rapid conclusion of a second marriage: when a person, having disassembled old relationships, seeks salvation in new ones. “In this case, the risk of mistaken choice of a partner is very high,” says Maxim Zagoruiko, director of the Anti-Stress Center. – A person chooses a partner for the role of a “comforter”, “a way to combat loneliness”, and not because the partner is interesting as a person. In fact, in this situation, a person needs a psychotherapist,

If you want a long relationship, then “you need to be third.” It means that between two marriages there are often relationships that help a person cope with the pain of a divorce – and they are usually short-lived. “ 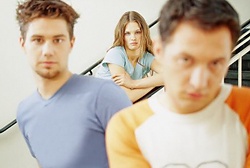 In order not to turn your life into a series of divorces, you just have to wait a while. Depending on the strength of experience, psychologists recommend “hiding” within a year or three. “During this time a woman usually manages to not only recover, but also draw the necessary conclusions,” says Alain Sagadeeva. – In addition, the most important fear – the fear of loneliness, which pushes on ill-considered decisions – weakens.

You can find that living alone is easy and pleasant, and marriage is needed only to further improve an already beautiful life. ” According to Maxim Zagoruiko, it is not necessary to wait for complete indifference, it is important that the attitude to the former husband becomes calm, the post-siege storm settled, connected with feelings of desperation, fear and guilt, and that memories of the past did not take too much time (not more than a few hours in week).

Almost everyone knows about the fact that a woman chooses men based on her relationship with her father and related memories. But then the second husband should be like two drops of water like the first? Stories from life often confirm this suspicion, when a woman again and again comes on the same rake, and each next elect becomes a clone of the previous one. The likelihood of such an outcome increases if a person could not understand the problems that caused the first marriage to fall apart. “If a person does not make all the necessary conclusions about the first marriage, the second one looks like the first one as a twin brother,” says the psychotherapist, the founder of the Institute of Counseling Alain Sagadeeva. According to her, there are three variants of the consequences of negative experience in the first marriage: a person either makes certain conclusions about what and how to do it differently,

In this regard, Maxim Zagoruiko gives examples from life: “A woman who divorced her husband-alcoholic, did not want to ponder the reasons for the dissolution of the first marriage, she did not go to the therapist, it was easier for her to think that the divorce was due to the fact that her husband was a bastard.

Six months later, she remarried, soon after the wedding, she began constantly to blame her second husband, finding fault with him. The second husband drank, as well as the first. The woman came to the conclusion that he was also a bastard. “

Other consequences await those who can understand their mistakes in the past: “A man in his first marriage had an overly custodial and imperious wife, next to whom he felt himself a dependent child, was angry and rebelled. After the divorce, he went through a course of psychotherapy, understood what was happening in their relationship. For a second marriage, he deliberately chooses a woman with whom he has a symmetrical comradely relationship. Next to her, he feels like an adult man. ”

If from the first marriage, except for the wedding ring and a pile of memories, you have a wonderful child, problems with overcoming the past with the goal of starting a new life, alas, will be more. 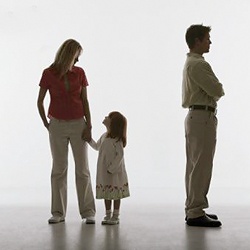 The child from the first marriage is a rather serious and complex issue, worthy of a separate article. However, with children from the first marriage, one of the most common mistakes is associated, which are so often admitted as a result of good intentions and pure motives. Forgetting that only husbands and wives can be ex-wives, women try to replace the old dad with a new one. “For example, the second husband of a woman can try to become a father to her children, force herself to love them as relatives, make them love themselves as their own, call themselves father,” gives an example from the life of Maxim Zagoruiko. – A woman can support it in every possible way.

As a result, children may have a protest, problems with behavior. ” Naturally, negative changes in the child’s behavior increase tension in the relationship of the spouses and can even lead to a divorce.

What are we waiting for?

The problem of false expectations becomes a stumbling block to many marriages, regardless of their ordinal number. In general, thanks to maturity and life experience, people who remarry do not harbor illusions. “They no longer count on eternal romantic love, they approach marriage more rationally. Remembering the pain of divorce, they value the good that gives them a second marriage. On the other hand, more mature people are less flexible, they are more difficult to change habits, they are more difficult to adapt to new relationships, “comments Maxim Zagoruiko.

According to him, the fear of repetition of negative experience, distrust of the spouse soon turn into accusations, the desire to control, which causes reciprocal irritation. Unrealistic expectations in this case quickly lead to resentment, disappointment and rupture. “It’s necessary to dream about a family together and out loud,” recommends Alain Sagadeeva, “so that both partners know and agree with each other’s expectations. And it is better to tell each other the details of what exactly everyone calls happiness. The word is one, and the meanings put into it differ very significantly. “