With the United Nations warning that global carbon emissions must be cut by 50% in the next 11 years, and the very real possibility of irreversible climate change by 2030 if temperatures go beyond the 1.5C threshold, there’s not a second to waste if we’re to safeguard our planet for the next generation.

Thanks to that David Attenborough documentary and the groundbreaking activism of one Swedish teenager by the name of Greta Thunberg, the world is finally waking up to the reality of climate change.

As youth protests ripple around the world calling for environmental justice, a new vanguard of activists are organising, campaigning, and laying the groundwork for an unstoppable climate revolution.

From eliminating plastic pollution to reducing greenhouse gas emissions, these young people are taking on the biggest threats to planet earth, and empowering us all to make the world a better place. To mark our May Digital Issue, the Activism Issue, starring Millie Bobby Brown, we’ve rounded up the 5 best to follow. 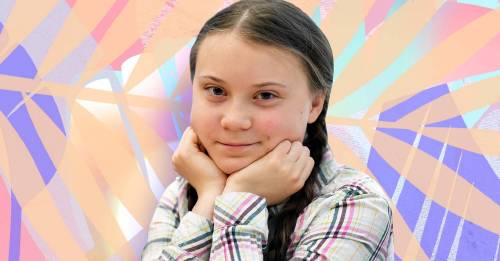 Climate activism in the US has been led by US Youth Climate Strike, the brainchild of three young women; 13-year old Alexandria Villasenor of New York, 12-year old Haven Coleman of Denver, and 16-year old Isra Hirsi of Minneapolis. Hirsi is something of a powerhouse campaigner (her Mum is Democratic Congresswoman Ilhan Omar, no less) who has attended local youth marches, coordinated a school protest to protest U.S gun violence, and worked with iMatter and another youth advocacy group, Minnesota Can’t Wait, on a proposal calling for the state to produce net-zero carbon emissions by 2030.

She’s especially passionate about intersectional climate activism, advocating for marginalised communities across the US who are adversely affected by climate change, as well as making environmental groups more inclusive for people of colour.

When Swedish teenager Greta Thunberg skipped school last September to set herself up outside the Swedish Parliament with handmade signs to protest her government’s failure to deliver on targets in the Paris Climate Agreement, she had little idea her solitary actions would spark global change. But her act of defiance sent ripples around the world, igniting the international youth movement and inspiring thousands of young people to push for climate justice with the hashtag #FridaysForFuture.

Since that day, the teenage activist has become a global phenomenon, speaking at the UN, Davos and Westminster earlier in April, where she criticised the UK’s consumption of fossil fuels and failure to cut carbon emissions. On top of that, she has an inspiring book of collected speeches, entitled No One Is Too Small to Make a Difference set to be released in June.

Colorado-based teenager Xiuhtezcatl is something of a game-changer when it comes to environmental activism. The 18-year-old, who is of indigenous descent, has spoken everywhere from the Rio+20 United Nations Summit in Rio de Janeiro, to the General Assembly at the United Nations in New York City to rally for climate justice, and has worked locally to get pesticides out of parks, coal ash contained, and moratoriums on fracking in his state. Currently, Xiuhtezcatl is the youth director of Earth Guardians, a worldwide conservation tribe of “young leaders, activists, artists and musicians from across the globe collaborating to defend the planet”.

A fierce advocate for mobilising youth to take responsibility for the earth, Xiuhtezcatl is currently one of 21 plaintiffs suing the US federal government for failing to protect future generations from the effects of climate change. If that wasn’t impressive enough, Xiuhtezcatl is also a hip-hop artist, travelling the world to perform his powerful, climate-change inspired music.

Teenage sisters Melati and Isabel Wijsen hail from the beautiful island of Bali. But after seeing the effects of plastic pollution on the natural beauty of their country, which is the world’s second biggest polluter when it comes to marine plastic, the sisters decided to take action. In 2013, the sisters, then aged 10 and 12, started their own campaign, Bye Bye Plastic Bags to encourage the people of Bali to do away with plastic bags and save the island’s environment.

From huge beach cleanups to organised petitioning and even a hunger strike, their tireless campaigning spread to 28 different countries around the world, with youth teams working to reduce the consumption of plastic bags for good.

Their work paid off, and in 2016, the Governor of Bali, I Made Mangku Pastika, implemented a ban to rid the island of plastic bags by 2018. That’s only the beginning for Bye Bye Plastic Bags though, as the sisters are continuing to mobilise young people by distributing educational booklets, raising awareness in schools, and participating in political meetings to spread the word of environmental justice.

The average 17-year-old wouldn’t spend 5-6 dedicated hours a day working to combat climate change. Not Jamie Margolin, a Seattle-based teenager who is passionate about mobilising the next generation to speak out about climate change. Inspired by the actions of Greta Thunberg and the indigenous youth who led the protest against the Dakota Access Pipeline at Standing Rock, Margolin founded Zero Hour in the summer of 2017, a youth organisation dedicated to intersectional climate activism.

She is one of 13 youth who sued the state of Washington for worsening climate change, and has spearheaded youth marches on Capitol Hill and Washington D.C to advocate for the right to a safe and livable future, and show the wider world #ThisIsZeroHour to act on climate change.