A festival is the perfect opportunity to play with makeup, even if you don’t usually dare to go bold. The easiest way to introduce colour is by switching your usual brown or black eyeliner with a colour instead. Purple looks great with green or hazel eyes, while blue and emerald tones make brown eyes pop. For blue-eyed beauties, try a gold or metallic bronze instead. You could even have fun with your liner and make it graphic by adding colourful dots under the eye. Stila has a great range of waterproof liquid eyeliners in many colours that last all day, or try Glossier Play’s new Colorslide kohl pencils.

With festival season approaching, it’s the appropriate time to add some festival fun into your makeup.

While the music and headline acts are some of the most exciting parts of the festival, we all know that our glam is just as important. If you’ve been inspired by the looks at Coachella, or you’re prepping your makeup bag for We Are FSTVL or Wireless, here are some of my favourite ways to add some fun into your looks that are easy for everyone to try, whether you want to go all out or keep it subtle.

I love glowing, dewy skin but to adapt to the festival scene, I’d switch my usual highlighter for something with a holographic tint. This adds a playful edge to your look and gives a beautiful sheen of colour in certain lights. The Kat Von D Alchemist Holographic Palette is incredibly pigmented with super-reflective colours, or try the Anastasia Beverly Hills Dream Glow Kit. I’d even apply this over the shoulders and on limbs, too.

The first thing you think about when it comes to festivals is glitter. There are many great brands out there that do eco-friendly, biodegradable glitter such as Project Glitter, BOD and Sleek. When it comes to makeup, glitter can be difficult to wear so opt for one with a fine pigment (I love the MAC ones). For those who want to keep it more subtle, my top tip is to do your makeup as normal and using your finger, press the pigment onto the centre of your lids for a pop of shimmer and extra dimension, plus keeping it to one part of the lids is less messy.

Here’s a question for you: What the hell happened during Sunday night’s episode of Game of Thrones? I’m only asking because even though I sat through all 82 minutes of “The Long Night,” I’m still not totally clear on who died and who lived through the Battle of Winterfell because of how freakin’ dark the episode was . . . OK, just kidding – here’s a full explanation if you need one. But in all seriousness, season eight’s third episode is so damn dark, it’s nearly impossible to make out a lot of what’s going on during the chaotic fight against the Night King’s army.

Take, for instance, the photo above of Jon Snow (Kit Harington) – that’s an official still HBO released in anticipation of the episode. And you can barely tell that’s even him! Why, oh why, does the network insist on keeping the show a murky blur of barely discernible movement? Apparently it’s all in the name of realism. (Yes, even in a show that prominently features dragons and ice zombies.)

“I think we’re all very much on the same page where we’re trying to be as naturalistic as possible,” cinematographer Robert McLachlan told Insider back in 2017. “[We wanted] to make these sets and locations feel as if they’re absolutely not lit by us, but only by Mother Nature or some candles so that it feels more naturalistic, albeit enhanced in some cases.”

While I can certainly understand the series wanting to accurately portray a battle set at night, and there’s definitely an argument to be made about the role the near-suffocating darkness plays in helping to disorient the audience as much as the characters they’re watching . . . at the end of the day, it’s a TV show. We need to be able to see what’s going on without turning off every light in our home and then asking everyone who lives on our street to do the same. On the bright side (pun totally intended), at least we were able to see every bit of that incredible Arya moment at the end.

Keep reading to see some of Twitter’s most hilarious reactions to Game of Thrones‘ lighting problem, and then check out what might be in store for Westeros in next week’s episode. 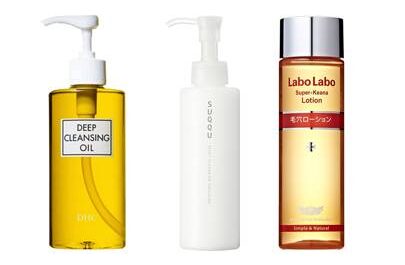