That’s right, Taylor Swift confirmed she will close Glastonbury 2020 with a headline performance on the famous Pyramid stage on Sunday night making her the first female headline performer since Adele in 2016 AND the sixth solo female singer in Glastonbury’s 50-year history.

Just when we were starting to feel totally Christmassy, news about next summer- more specifically Glastonbury 2020 – has been released and we’re suddenly abandoning feeling festive for the festival season instead.

The singer tweeted, “I’m ecstatic to tell you that I’ll be headlining Glastonbury on its 50th anniversary – See you there! ?”

In a video shared by the official Glastonbury account, founder Michael Eavis said, “I’m so pleased to announce Taylor Swift will be headlining the Sunday at Glastonbury 2020. She’s one of the biggest stars in the world and her songs are absolutely amazing. We’re so delighted.”

The Shake It Off singer, who recently celebrated her 30th birthday, will be joining Paul McCartney who is headlining on Saturday and Diana Ross, who is lined up to play the ‘legends’ slot on Sunday afternoon. 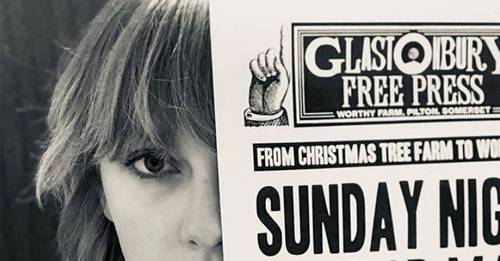 The announcement clearly excited her fans who immediately started posted messages on Twitter saying it was “amazing” and calling her “queen.’ Some wished they had known earlier and were “gutted” to miss out on tickets.

Not everyone was pleased though. One user Tweeted that the news “does not excite me.”

With another user taking to the social media platform to criticise the festival’s decision.

Another wrote, “I don’t mind Taylor Swift, I do like some of her songs, it’s just not what I want to see as a Glastonbury headliner on the 50th Anniversary,” said another.
After Swift released her seventh album Lover earlier this year, it’s been revealed that it is the only album of 2019 to sell more than 1m “pure” copies – meaning all actual physical and digital sales, not streaming.

Get to Know Todd Spiewak, Jim Parsons’s Other Half of Almost 20 Years