Nicola Adams is a force to be reckoned with. The 33-year-old boxer, who hails from Leeds, smashed records when she became the first woman to win an Olympic boxing title in 2012.

And, in 2016, she became the reigning Olympic, World, Commonwealth Games and European Games champion at flyweight.

But what lies behind Nicola’s success? We caught up the powerhouse to chat all things fitness, confidence, and being a modern woman…

“It’s all about feeling good in your own skin”

“For me, if I can do anything to inspire other women to feel confident in their own skin, then I’ll be happy. We’re constantly bombarded with pressure from social media and TV, saying ‘this is how women should look’. But really, looking after yourself – working out, eating healthily – should be something you do just for you, so you can look in the mirror and think, ‘I look and feel really good within myself’. 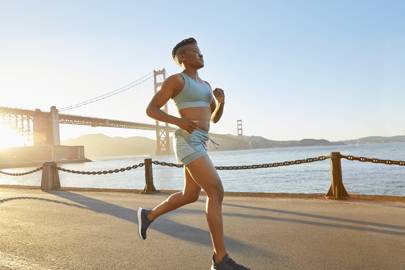 It’s one of the reasons I’ve partnered with E45, who have just launched their Straight Up Women campaign, which found that a huge 61% of us don’t like what we see when we look in the mirror. It’s time we stopped seeing our bodies through the eyes of others.”

“My regime is strict – but I love a cheat day!”

“I workout five days a week, twice a day. I’ll either go for a run – usually no more than 3 miles – or do strength training, such as bench presses, squats, dead lifts, press ups, or pull ups. In the evening, I do a boxing session. On my days off I also enjoy bikram yoga as a way to stretch my body out and mentally recharge.

I get my food delivered by Fresh Fitness Food which makes my life a lot easier, as I don’t have to worry about how many calories I’m consuming or if the protein balance is right. It’s important to have a balanced diet, but that doesn’t mean I don’t enjoy the odd cheat day – especially if there’s ice cream involved!”

“The one cream I couldn’t live without”

“I swear by using E45 cream before and after exercising – it keeps my skin soft and also soothes any irritation. Especially on my hands, as the velcro in boxing gloves can sometimes cut your skin (it feels like a paper cut!), so E45 helps with that. In terms of makeup, I don’t often wear any to workout, but otherwise I absolutely love MAC products.”

“I get hateful messages all the time”

“When you’re receiving abusive messages from online trolls on social media, it can be tough. But it’s important to not read into it too much, and just keep doing what you’re doing. There will always be someone who doesn’t like what you’re doing, and that’s OK, because for every 10 of those, there’s 50 who do like what you’re about. Always stick to your goal and don’t let anyone else’s opinions deter you from that.”

“Being healthy and feeling confident in my own skin.”

“If I could tell my younger self one thing…”

“It would be to just keep doing what you’re doing, and don’t let anyone tell you that you won’t get there. You will. You’re going to come up against obstacles, but you will get through it and you come out on top.” 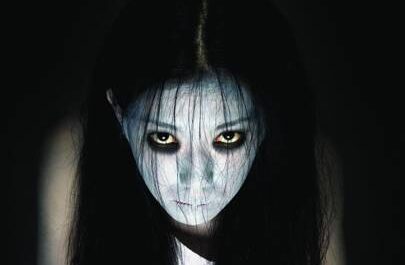