Unless you’ve been living under a rock, you’ll know that longstanding host Caroline Flack has decided to stand down as the Love Island host after she was charged with assault following a row with boyfriend Lewis Burton.
Laura Whitmore has just stepped off an 11-hour night flight, attended a photoshoot and been briefed by producers on her new role as host of TV’s most talked about show – but you’d never know it. “It’s huge!” the Irish presenter exclaims as she bounds barefoot around the new villa with glowing skin that’s more post-facial than post-flight. It’s hardly surprising that Laura’s spirits are high; she’s just scooped the biggest role in her TV career as presenter of Love Island’s winter edition.

So how is Laura feeling about taking the helm of TV’s most-watched show? (Lest we forget the summer edition’s launch night the highest rating programme at 9pm across all channels and 3.7m viewers tuning in to watch a batch of singletons battle for love, fame and fortune)…

“The whole thing just feels intimidating because it’s such a huge show, and I’m a huge fan and I know it so well,” Laura told GLAMOUR as we kicked back in the new villa’s plush lounge area.

“When I was on the plane coming over, the lovely air hostess woke me up and she said, ‘Good luck with the show!’. Then I was at the hotel and an older guy came up to me and said, ‘I love the show, good luck!’. It’s such a big show that everyone knows you’re doing it. The show itself, I’m like, ‘Oh, I can do this. I’ve worked in TV a while’, but then so many people love this show so much, I just want to do it justice and just be me, I suppose.”

After days of speculation about who would present the show, Laura got the call-up when she was at the airport flying back to Dublin for her mum’s birthday. Thankfully her mother was understanding and let her miss the party. Her mother wasn’t the only person she consulted before taking the role; Laura spoke with close friend Caroline about stepping in for her.

“It’s not a great situation at all. It’s not ideal and Caroline has been incredible,” explained Laura. “She messaged me before ITV contacted me and said that she really hoped I got the role. She said, ‘I know how much of a fan you are of the show’. I just thought that was so lovely. I’m so happy to do the show, but I just wish it was in a different situation.”

Despite it being a bittersweet new role for Laura, it helps that her boyfriend, Iain Sterling, works on Love Island as the show’s hilarious narrator.

“I also chatted to Iain about taking the role because we’ve always been very private with our relationship. I know we’ve been together a few years and we put stuff up on Instagram, but you can kind of control that, and this is obviously such a big show. He’s the best at what he does, he’s just so great. Iain is the heart of this show, his humour and what he does with it is basically what the general public are like watching the show.

“Everyone is like, ‘what is it like to work together?’, but I get to be in the villa, he’s in a V/O booth. It’s a weird situation. We’re just going to see how it goes. If we weren’t together, we’d do the show, so we don’t want that to stop us from doing the show.”

Iain is known and loved for his cheeky analysis of the islanders – and we’re assuming Laura will suffer the same fate. “I just have to pray that he’s scared enough of me not to say anything he shouldn’t,” she laughed. “All over Christmas, he was on his phone to Mark who he co-writes with and I asked what he was talking about, and he said, ‘That’s for me to know and you to find out’.”

Finding love with Iain puts Laura in a good position to offer advice to the islanders – and says her experience proves that true love can be found where you least expect it. “He would message me these messages. He text me once asking me what kind of dog I had, to which I replied a maltipoo, and that was it. That was him flirting. Nine months later, I realised. I just thought it was him being weird.”

‘The Staircase’ documentary will be your next Netflix obsession

As well as helping the islanders find love, Laura is keen to act as a big sister to them and admits she’s become really attached to the previous islanders as she’s lived vicariously through their rollercoaster experiences on the show. “I think we forget that they’re real people,” she mused. “We’re watching it as a show, but it’s not Coronation Street – these people are real and their emotions are real so I think you’d have to be very cold to not become attached or protective.”

Laura points to Amy Hart as an example. Fans of the show will remember Amy emotionally left the villa after being dumped by Curtis Pritchard. “There was that episode where she was incredible,” said Laura. “I was in Majorca visiting Ian and I was at the airport flying back and I bumped into her. I was starstruck and went up to her and said, ‘I just want to say what you did was incredible’. But I didn’t realise she hadn’t spoken to anyone since she came out or even really seen the reaction. I gave her a hug and when I saw her afterwards she told me I had no idea what that meant. She didn’t know everyone was on her side, and it was nice for her to see that. It’s impossible not to be attached.”

With her empathetic nature, inimitable energy and envy-inducing wardrobe, Laura gives us yet another reason to tune into Love Island every night for the next six weeks. Who’s joining us? 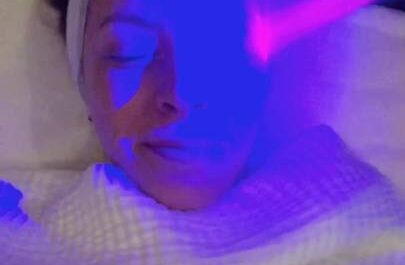 I tried “Frotox”, a skin tightening treatment using freezing temperatures, and this is what happened… 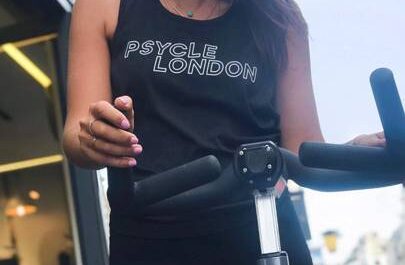 These are without a doubt the best spin classes in London