The $40 45-minute classes, which are structured like a standard yoga class but with little goats crawling around and on the participants, were set to debut in Brooklyn’s Bushwick neighborhood on Tuesday.

The planned program, called NY Goat Yoga, was set to be the city’s first offshoot of the popular goat yoga retreat in at Gilbertsville Farmhouse in South New Berlin, upstate New York.

However, after consultation with health officials, the organizers have announced that they will not be able to run the classes, since there is a city ban on direct contact with certain animals, and goats are banned from all city buildings.

Although the ban is subject to each case reviewer’s discretion, they agency ruled that this case was not justified, pulling the program just days before it was due to launch in a warehouse with eight goats driven to the city a week from South New Berlin. 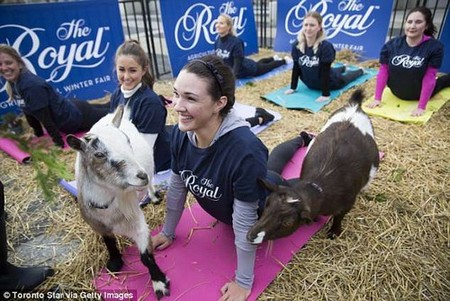 Goat yoga (pictured in Toronto last year) has become hugely popular since launching in Oregon in 2016. But trendy New York will miss out on the fad, as it is banned by health laws

‘The Health Department worked closely with the NY Goat Yoga, but because we prohibit direct contact with certain animals we were unable to process their application and issue a permit,’ a spokesman said.

The plans for New York’s goat yoga class was the subject of much hype, two years after the first known class took place in Oregon, prompting hundreds to pop up all over the country.

Participants are encouraged to take selfies with the goats.

Sharon Boustani, the organizer of NY Goat Yoga, says they are now in the process of refunding their many ticketholders.

She lamented the last-minute decision, insisting the Health Department agency workers were optimistically fighting her case.

‘Unfortunately, the laws in New York City do not allow for anything close to what a goat yoga experience should be,’ Boustani told the New York Post.

She added: ‘As far as I can see, goat yoga is not a possibility in New York City.’

Goats can transmit a number of diseases to humans, including leptospirosis (which can affect lungs and kidneys), cryptosporidia (a parasite which causes diarrhea), Q fever (like a flu), and rabies. 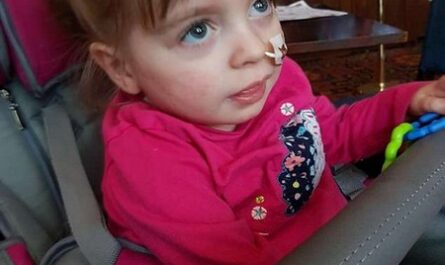 How to support your immune system for a successful pregnancy

How to support someone with suicidal thoughts