Throughout season three’s eight episodes, I quietly begged that the creators wouldn’t pull a Lost and ask more questions than they answered, and while a few finer details remain a mystery, they delivered in answering the one question every single viewer has asked: what in the freaking world is the origin of all these time loops?!

The tail end of episode seven and episode eight finally reveal to us all why the residents of Winden are stuck in never-ending cycles of time, destined to relive the same moments over and over. Keep scrolling to learn what the origin of the loops actually is (hint: it’s not what the first three quarters of season three will lead you to believe!).

Netflix’s Dark has officially come to an end, but not before absolutely turning everything we’ve ever learned about the show on its head in season three. Throughout the first two seasons, we watch as loops of events create a chain of cause and effect that spans throughout multiple decades. In season three, we learn that a second reality – the one in which Martha (with bangs!) comes from at the end of season two – exists parallel to this world, similarly experiencing endless cycles of the same events.

If this first world is Adam’s world – Adam being the creepy man Jonas supposedly becomes as he ages – this second reality is controlled by Eva, the woman that alternate Martha grows to become. 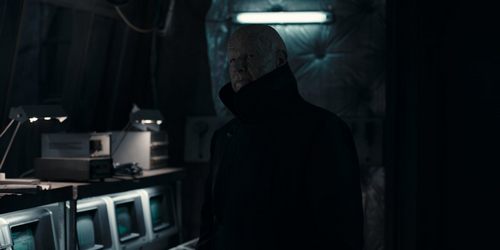 Warning: there are MAJOR spoilers of season three ahead. If you haven’t finished watching yet and don’t want the ending spoiled, bookmark this for after your head explodes during the final episode!

What Is the Origin of the Time Loops in Netflix’s Dark?

In both Adam and Eva’s worlds, the origin is hinted at all season, but it isn’t until we find out that Eva’s world Martha is pregnant with Adam’s world Jonas’s baby that we get some concrete references to what that origin is. Is the origin Martha and Jonas’s son, the young boy, man, and elder who all share the same lip scar? The writers tricked us all into believing that he was; that he was the “bridge between worlds” – represented by an infinity symbol that connects the family trees in both realities – and thus the reason for the loops.

That is, until Claudia – who by all accounts should be dead, as we all saw it happen – approaches Adam at the end of episode seven and is all, “Hey, Adam, I figured out everything that’s causing our trash existence, no worries!” 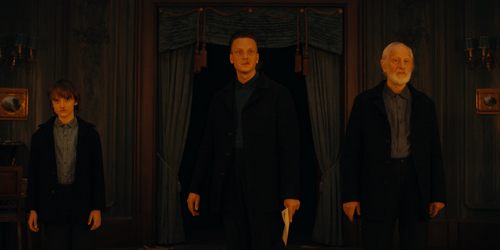 Her timing is notable, as Adam has just attempted to destroy a pregnant Martha with the dark matter in order to prevent her son’s birth, and as Martha disappears in front of his eyes, Adam assumes that he, too, will change somehow. But nothing happens, and Claudia knows why.

“Every journey has a beginning, but yours has no end. It goes on forever and ever. I’m here to finally make your journey come to an end,” Claudia tells Adam in episode eight. “You want to destroy the knot but every action you take continues its existence. Your world and Eva’s world, they both should have never had existed. You thought that the origin lies in the binding of both worlds, but in reality is outside of both worlds. Our thinking is shaped by dualities – black, white, light and shadow, your world and Eva’s world – but this is false. You need a third dimension to fulfill it all.”

Here, Adam references the triquetra, or the never-ending three-point knot displayed on the cover of the leather-bound book that passes through the hands of Claudia, Adam, Noah, and more throughout all three seasons. [Editor’s note: at this reveal I legitimately stood up and shouted, “OF COURSE, EVERYTHING COMES IN THREES.”]

Claudia continues blowing Adam’s evil mind: “The world that gave birth to this knot, where everything originates, where a single mistake was made. Tannhaus in the origin world, like you, he lost someone. And like you, he tried to bring that person back from the dead. But instead, he divided and destroyed his world and created our two worlds. But there is a way to destroy the knot – through preventing in the origin world the invention of travel through space and time in the first place.”

Earlier in the season, we learn about H.G. Tannhaus losing his son Merrick, daughter-in-law, and granddaughter in a car accident in 1971. Claudia reveals that H.G. created a time machine in the first place in the hope he could travel to before Merrick’s death in order to prevent it. Instead, his attempt splits his world into the two realities we’ve been following all series long.

Although the things happening in both worlds loop around and around an infinite number of times, this is the first time Claudia has had this conversation with Adam, as she reveals she was able to access a loophole – which is how she’s even alive after Adam had her killed (and how Martha travels to Jonas’s reality at the end of season two!). She informs him that to stop the loops once and for all and restore the origin world he must use the loophole to send Jonas on a new path.

“We’re not all part of the knot,” Claudia says. “Both worlds are an ulcer that must have grown from something else. If you remove it, you destroy everything that was born of it, but you keep everything alive that already existed in the origin world.. . I finally know how to untie the knot. I know where the loophole is that you searched for all these years. Time. During the apocalypse, time stood still for a fraction of a second at that point, and that threw everything out of balance. But when time stands still it also momentarily breaks the chain of cause and effect.”

How Do Jonas and Martha Stop the Time Loops and Restore the Origin World in Dark Season Three?

Once Adam is up to speed with how the loops actually work and what needs to be done to end them, we see a third iteration of that final scene from season two. After Adam shoots Jonas’s Martha, instead of alternate Martha coming to take Jonas to Eva’s world or Jonas taking shelter in his basement, current Adam appears thanks to the loophole and tells Jonas he needs to go with him. Why Jonas would trust his vile older self is beyond anyone, but luckily he complies, and Adam shares that there’s a way Jonas could avoid becoming him, that none of what has happened needs to.

He takes Jonas to the caves on the day of the Eva’s world apocalypse and gives him that world’s golden snitch-esque time machine, sending him on his way to intercept Martha before everything happens again as it has before an infinite number of times.

“You are two parts of the same whole, only together can you return to the origin world,” Adam says, adding dramatically, “You two are our last hope.” 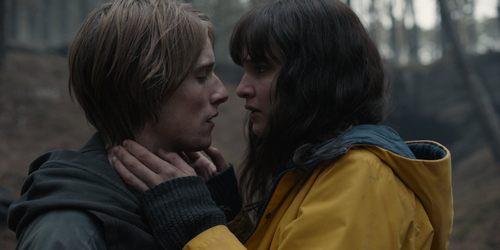 After traveling with Martha to June 21, 1986 – the day Tannhaus split his world into two – he shares his mission with her. “You and I, we’re the reason all of this happens time and time again because you can’t let go of what you want and I can’t let go of what I want. But we are the glitch, the glitch in the matrix.” Martha takes in that this means neither she nor Jonas will exist if they succeed in restoring the origin world, but together they head to the caves anyway.

Jonas and Martha sit in the cave’s tunnels, where the passage will be opened once Tannhaus triggers the destruction of his world. When it happens, there’s a bridge to all three worlds – a glitchy third dimension with three pathways that both Martha and Jonas appear trapped in for a moment. Together they take the third route, out to the origin world, then use the time machine to bring themselves to Aug. 8, 1971; the day H.G.’s son Merrick will die.

While this is happening, Adam goes to visit Eva at the Sic Mundus headquarters. She is expecting him to kill her, as he’s done time and time before, which she knows because her younger self finds her body. Instead, he tells her what her younger self and Jonas are doing and how they are going to stop the loops for good. “You will die, I will die, and everything that has grown out of us,” he says. “We are responsible for this neverending deja vu, and we’re the ones who have to end it. We are the mistake. You and I. Both of our fates are bound together in eternal damnation.”

Back in 1971, we see Merrick and H.G. arguing, when Merrick decides to leave his dad’s clock shop with his wife and baby daughter rather than staying the night. The family should go on to drive through the rain, crashing on the town’s bridge; but this time, Jonas and Martha appear in the middle of the road as Merrick is driving by, which almost causes a different accident. Jonas tells Merrick that the bridge is closed, Martha tells him that her father loves him, and Merrick, clearly wigged out by their collective presence, makes a U-turn and heads back to H.G.’s shop, avoiding his family’s would-be deaths.

A short while later, beyond the time when Merrick and his family would have been killed in the crash, Jonas and Martha begin to disappear, and Jonas repeats a series-famous line for the last time: “You and I are perfect for each other. Never believe anything else.”

A haunting rendition of “What a Wonderful World” by Soap&Skin begins to plays as a montage of an embracing Adam and Eva, and the Jonases and Marthas in each time period disintegrate, all officially ceasing to exist.

Before the final credits roll, we see adult Regina’s home in the origin world, where she’s hosting a dinner party with Katharina, Peter and Benni, and a pregnant Hannah and her partner, Torben Wöller. It’s a stormy night, and when the lights flicker they joke of an apocalypse, Hannah mentioning that she had a moment of deja vu. The night before, she dreamt that the world ended, “that it felt really good for everything to be over.

Like suddenly being free of everything. No wants, no needs, unending darkness. No yesterday, no today, no tomorrow. Nothing.” She blames hormones, the group drinks to “a world without Winden,” and Hannah’s asked what she thinks she’ll name the baby: “I always thought Jonas was a good name.”

The Physical Benefits of Pool Yoga

Here’s What I Did to Improve My Strength