Manifest will return for one more season. Following the show’s cancelation by NBC in June, Netflix has swooped in and picked up the series for a fourth and final season. Fittingly, the streamer announced the news on Aug. 28, aka 8/28, in honor of the mysterious flight 828 from the series.

The “super-sized” final season will consist of 20 episodes which will wrap up the story once and for all. A release date has not been confirmed, but it’s possible that the final season will be split in various parts.

“What started years ago as a flight of fancy deep in my imagination has evolved into the jet engine journey of a lifetime,” showrunner Jeff Rake said in a press release about the renewal. “Never in my wildest dreams could I have envisioned the worldwide outpouring of love and support for this story, its characters, and the team who work so hard to bring it all to life. That we will be able to reward the fans with the ending they deserve moves me to no end.

On behalf of the cast, the crew, the writers, directors, and producers, thank you to Netflix, to Warner Bros., and of course to the fans. You did this.” 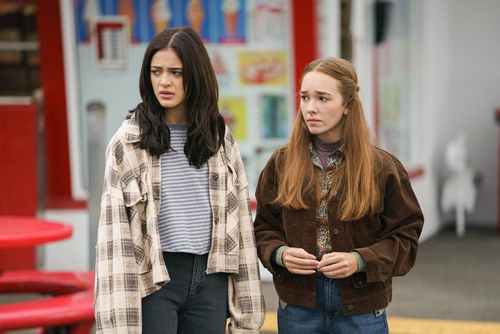 We’re certainly curious to see what journey the passengers of flight 828 will take on next as the show’s shocking season three finale on June 10 completely changed the trajectory of the show. Not only was there a big character death, but it also featured a major twist that could lead to even more answers about what really happened on flight 828. As we wait on more details, you can catch up on all three seasons on Netflix now.

Gossip Girl: Can Someone Please Explain What Roger’s Cryptic Voicemail to Aki Means?

Gossip Girl had its midseason finale on Aug. 12, and rather than tying everything up in a nice bow until the show returns in November, it left us with one major question: what the hell does Roger’s (Malcolm McDowell) voicemail to Aki (Evan Mock) mean? 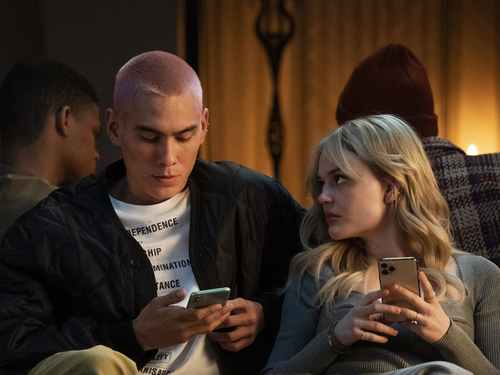 In the final scene of episode six, Roger is shown leaving a message for his son telling him to steer clear from Julien (Jordan Alexander). “There’s one thing I forgot to mention: just for a little while at least, stay away from Julien,” Roger says in the cryptic voicemail. “If you call me back, I’ll talk you through it.” But how are Roger and Julien connected in the first place? Frankly, we had no idea that Roger even knew who Julien was.

Could she maybe have something to do with the lawsuit his company is currently facing? Or, perhaps somehow Roger is tied to the protest she and Obie (Eli Brown) attended? Regardless, we need answers.

Fortunately for us, creator Joshua Safran recently shed some light on that mysterious voicemail in an interview with Teen Vogue, hinting that Monet (Savannah Lee Smith) and Luna (Zión Moreno) may be at the center of it all. “I don’t want to give too much away, but I just think that Monet and Luna have a perspective on Roger’s voicemail at the end of episode six that ends up becoming this big thing in the back half,” Safran revealed. He also noted that we’ll get to learn more about Monet and Luna in the second half of Gossip Girl, so until then, we can just continue to theorize.