While no cause of death has yet been reported, the fashion world quickly went into mourning on hearing the news on Tuesday 19 February. It is thought that the fashion icon was hospitalised on Monday and passed away on Tuesday.

Fashion icon and Chanel head honcho, Karl Lagerfeld, has tragically passed away at the age of 85.

Lagerfeld emigrated from Germany to Paris as a young teenager, working as a design assistant for Pierre Balmain. He then workd at Fendi and Chloe in the 1960s before joining Chanel when it was an ailing, dusty fashion house back in 1983. He went on to transform it into a hugely influential and lucrative powerhouse with aplomb, whilst simultaneously launching his own eponymous brand.

However, his absence from the brand’s shows in January quickly prompted health concerns. 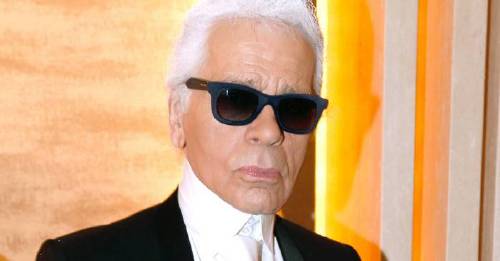 In a statement following the second show without an appearance from the German designer himself, a source said: “He’s really tired. He’s not doing well and he’s ready to stop.”

Lagerfeld told Vogue in 2012 that he would never retire, saying: “Why should I stop working?. If I do, I’ll die and it’ll all be finished.”

Karl was head of the iconic fashion house, which was established by Coco Chanel, for more than three decades. He worked tirelessly to produce up to eight collections a year – and become a hit among fashion editors, fans and collectors.

Discussing the tragic news, Alain Wertheimer, CEO of CHANEL, said: “Thanks to his creative genius, generosity and exceptional intuition, Karl Lagerfeld was ahead of his time, which widely contributed to the House of CHANEL’s success throughout the world. Today, not only have I lost a friend, but we have all lost an extraordinary creative mind to whom I gave carte blanche in the early 1980s to reinvent the brand.”

Bruno Pavlovsky, President of Fashion at CHANEL, said: “Fashion show after fashion show, collection after collection, Karl Lagerfeld left his mark on the legend of Gabrielle Chanel and the history of the House of CHANEL. He steadfastly promoted the talent and expertise of CHANEL’s ateliers and Métiers d’Art, allowing this exceptional know-how to shine throughout the world. The greatest tribute we can pay today is to continue to follow the path he traced by – to quote Karl – ‘continuing to embrace the present and invent the future’.”

Virginie Viard, Director of CHANEL’s Fashion Creation Studio and Karl Lagerfeld’s closest collaborator for more than 30 years, has been entrusted by Alain Wertheimer with the creative work for the collections, so that the legacy of Gabrielle Chanel and Karl Lagerfeld can live on.

We’ll update you when we hear more.

Karl Lagerfeld has sadly passed away at the age of 85. According to reports, the creative director of Chanel died on Tuesday after weeks of ill health, which had already sparked concern among his peers when he didn’t attend Chanel’s spring-summer haute couture show in Paris in January. According to reports, Karl was admitted to hospital in Paris on Monday night, and passed away in the morning.

The fashion icon was 85

Although there is yet to be official confirmation that the fashion icon has died, tributes have already been flooding in from social media. Lily Allen was among those to post, writing: “You made me feel like a princess. I never quite understood what you saw in me but I am forever grateful for the support that you and Chanel have given me over the last 15 years. Rest In Peace Karl, you were a true genius and will be missed, so much.”

Diane Kruger added: “Karl…..I cannot tell you how much you meant to me and how much I will miss you. I will never forget your kindness towards me, your laughs, your imagination. I came to France to see you this week and introduce you to my daughter… I’m heartbroken I was too late. Rest In Peace, I adore you.” Chanel has previously remained silent on the star’s health over the last few weeks, while a spokesperson for the Karl Lagerfeld fashion line said that the company wish him a “quick recovery from his bad cold”.

Karl was the creative director of Chanel

In memoriam: Famous faces we lost in 2019

Born Karl Otto Lagerfelt prior to World War II on September 10 1933 in Hamburg, Germany, Karl began his career in fashion as the assistant to Pierre Balmain after winning a design competition in 1955. After releasing collections with Jean Patou, Chloé and Fendi throughout his early career, Karl soon reached international fame, and collaborated with Diesel and H&M among countless others. He also designed outfits for stars including Lady Gaga, Madonna and Kylie Minogue.

The new show from the people behind Love Island sounds epic

7 simple ways, you can boost your self-care every, single day