In a heartfelt Instagram post, Justin opened up how the pressures of fame and how he struggled to cope. “It’s hard to get out of bed in the morning with the right attitude when you are overwhelmed with your life, your past, job, responsibilities, emotions, your family, finances, your relationships,” he wrote.

“You start foreseeing the day through lenses of “dread” and anticipate another bad day.”

He then reflected on the damage of overnight fame and how it led to consequent drug abuse. “My whole world was flipped on its head,” he revealed. “I started doing pretty heavy drugs at 19 and abused all my relationships. I became resentful, disrespectful to women, and angry. I became distant to everyone who loved me, and I was hiding behind, a shell of a person that I had become.”

The beliebers were out in force to support Justin, with one user writing: “Mistakes were made but the truth is that you found your way back to a better place,” while another stated she was “so proud.”

This is not the first time Justin has opened up about his mental health struggles on Instagram. He regularly documents his battle with anxiety and opens up about his time in therapy. Earlier this year, the singer posted a black and white selfie with the caption: “Getting better everyday..bouncing back…I will never ever stop fighting.”

This comes shortly after Justin cancelled the final 14 days of his 2017 Purpose World Tour in order to focus on his “mind heart and soul”.

We salute you for putting your mental health before fame, Justin! 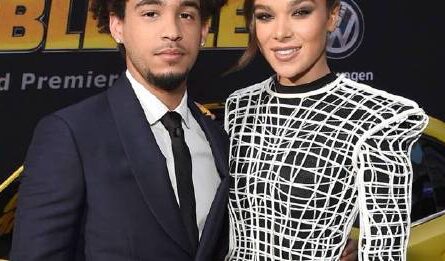 Meet Jorge Lendeborg Jr: the Hollywood star fighting for the empowerment of girls

Melissa McCarthy, says someone actually asked about her ‘tremendous size’, in an interview