Sharing a photo of her cuddling up to a mystery man on Instagram, Lady Gaga looked thrilled to introduce her new boyfriend to the world. “We had so much fun in Miami. Love to all my little monsters and fans, you’re the best!,” she captioned the loved-up snap.

Last year was a tough year for Lady Gaga following the end of her engagement to Christian Carino, but it looks like the singer has bounced back from heartbreak with a spring in her step.

Gaga’s mystery new man has been confirmed as entrepreneur Michael Polansky, a Harvard graduate who runs Facebook co-founder Sean Parker’s Institute for Cancer Immunotherapy. He is also CEO of the Parker Group, the organisation for Parker’s charitable and business initiatives.

The pair were first linked together on New Year’s Eve when they were spotted getting cosy in Las Vegas together. Shortly after, they were pictured kissing and wrapping their arms around each other on the balcony of her rented Miami mansion. 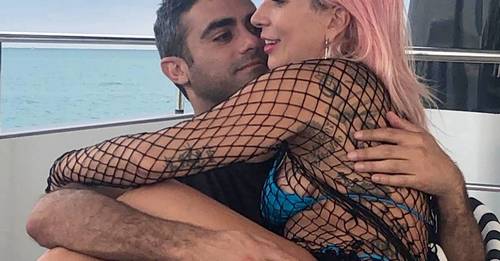 The romance is clearly heating up quick as the entrepreneur was also spotted chatting to the popstar’s mum at her AT&T TV Super Saturday Night Show at Meridian at Island Gardens.

Until now, Gaga failed to comment on the rumours but she’s finally gone IG official. Yay!

The news of her relationship with Polansky comes shortly after Gaga was linked with audio engineer Dan Horton last October. The pair formed a close relationship after working together on new music. However, the romance was short-lived and Gaga confirmed she was a “single lady” later that month. Prior to this, the singer ended her whirlwind engagement to agent Christian Carino after two years together.