It’s a six-part series set in Dundee, Scotland, and follows the story of scientific lab assistant Emma Hedges at The Scottish Institute of Forensic Science learning about forensic principles.

Whilst working there, she comes across a professor, Kathy Torrence, who looks strangely like her mother. This is where the story gets strange. Emma’s mother was murdered when she was seven years old. Eventually, Emma ends up realising the study her professor has assigned her to is eerily similar to the case of her mother’s death.

Crime dramas are capturing the nation’s attention RN and Martin Compston, aka Anti-Corruption Unit Detective Sergeant Steve Arnott in Line of Duty, is returning to our screens for the latest British drama you’ll be obsessed with.

Emma becomes intrigued with finding out more about the study and calls on a network of detectives and family friends to uncover the truth behind her mother’s death.

Whilst dealing with all of this, Emma starts to fall in love with Daniel, played by Martin Compston.

“It will be Sarah and Kathy’s exacting minds that reward Emma’s faith in the science that has fuelled her imagination, and who will ultimately bring her mother’s killer to justice,” says a synopsis of the show. 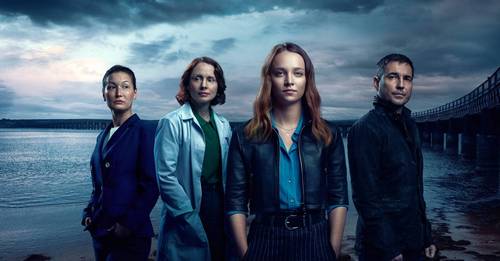 The production team is female-led, including the writer, Amelia Bulmore, but as most crime dramas are, Traces is based on an idea by crime writer and bestselling author, Val McDermaid.

Traces airs on Monday 9th December on Alibi (Sky Channel 132). We’ll update you with more details as and when they drop.