The signs were brewing for a few days; the shuffling away from Michael’s embraces, the awkward grimaces in place of ‘I like you too’. Finally, Leanne came clean and announced her ickiness to Jess and Sophie. Without need of explanation, the two girls nodded.

On this week’s Love Island, Leanne was struck down with a classic female ailment: The Ick.

Women know these things. We understand The Ick.

Here’s the thing about The Ick: it can strike without warning. It typically occurs in close proximity to a boy who is displaying one or all of the following symptoms: kindness, commitment, generosity, attention, general signs of amorous affection.

“Now everything he does annoys me…” bemoaned Leanne, “I wanted to catch feelings…”

But instead she caught The Ick. 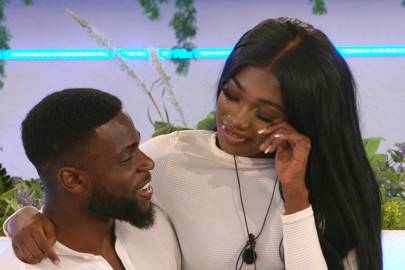 “You can’t go back once you’ve got the ick” said Sophie; correctly identifying the destabilising effect The Ick can have on the female psyche; where compliments and romance begin to trigger the gag-reflex.

The women of the Love Island understand The Ick, just as much as the women in the GLAMOUR office.

“He’s being so nice to me,” said one GLAMOUR staffer about a man she is dating; looking as though she has just smelt a fart.

“Oh dear” we say in chorus.

“He said he really likes me” said another,

“Oh dear” we say in chorus.

We can smell The Ick a mile away.

If you’re reading this and cannot fathom why a man being nice to you would generate such vomit-inducing reactions: congratulations: you’ve never had The Ick.

But an alarming number of women catch The Ick. These are typically women who gravitate towards bad boys, f**k boys, rogues, scoundrels- whatever you want to call them – men with a whiff of danger and mystery around them-infinitely more attractive because of how unattainable they are.

We see this time and again on Love Island. Look how many women flocked to Calum and Michael initially; both men who exuded a f*** boy attitude on arrival. Look how few gravitated towards Nas. It’s not a height thing. It’s a nice thing. Quite simply: the boys who look like they may do you wrong; generally get more attention. Someone like Nas looks like he may just – shock horror- treat you right.

No wonder everyone friend zoned him. 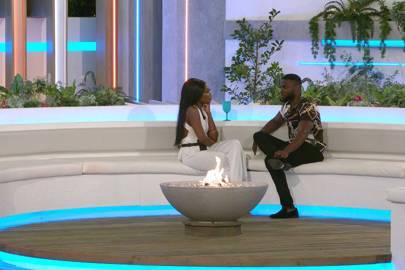 Yes, The Ick can be about an imbalance in affection- one party too keen, the other not feeling it- but this feeling disproportionately affects women. When the boys back away from women; they rarely cite The Ick. Is The Ick a women’s issue?

Perhaps so- and it’s quite worrying. What does it say about our self-esteem that the idea of a man treating us well makes us want to vomit? Do we expect bad behaviour from men so much that we have been conditioned to find it attractive?

“If a guy likes me, I often wonder what is wrong with him,” admits a friend- a sad validation of this viewpoint.

Yet maybe it is that we have grossly underestimated the value of being ‘nice.’ With such a prevalence of The Ick among women; perhaps it is time to rehabilitate ‘nice’- and replace it with ‘kind.’

Another friend did just that, and the wonderful man she was dating took on a whole new light- and became her long-term boyfriend.

Generosity and kindness may not be flashy, sexy, butterfly-inducing sensibilities, but they are prized assets in anyone. They are the stuff of long-term love, not a swiftly-burnt-up passion. We should learn to value them as much as a bad boy attitude or a mysterious air of indifference.

Yes, as Leanne would say; sometimes “it’s just not banging,” but for those women who feel unworthy of, or do not recognise the attractiveness of ‘kind’ let’s banish The Ick by coupling-up with ‘nice’.