The day before the announcement, the brand’s Instagram account teased fans with a cryptic yellow square on Instagram. Ivy Park first launched back in 2016 and despite its steep prices, quickly became a huge success.

The line, which included tops, bottoms, swimwear, bodysuits, and accessories, was initially a joint venture with fashion retailer TopShop.

However, after TopSohop’s co-founder Sir Phillip Green was accused of  sexual harassment and racial abuse in 2018, Knowles cut ties with Green and acquired full ownership of Ivy Park.

Beyoncé has yet to release new music, but she’s blessed us with a new collab to tide fans over. This week, the singer announced a new partnership with Adidas via a joint statement: As part of the relaunch of Ivy Park, the sportswear giant will be working with Bey to produce apparel and footwear, all of which is built around empowerment.

The venture is described as a “multi-layered partnership” that promises “the co-creation of exciting new products – from performance to lifestyle – and a unique purpose-driven program focused on empowering and enabling the next generation of athletes, creators and leaders.” Beyoncé is an ideal candidate for such a venture since, as Adidas executive board member Eric Liedtke says, the Grammy-winner “is an iconic creator but also a proven business leader, and together, we have the ability to inspire change and empower the next generation of creators.”

Now, the pop icon is excited to relaunch Ivy Park with this new collaboration, one in which she will retain full ownership of the brand. “This is the partnership of a lifetime for me,” Beyoncé said in the joint statement. “Adidas has had tremendous success in pushing creative boundaries. We share a philosophy that puts creativity, growth, and social responsibility at the forefront of business.” 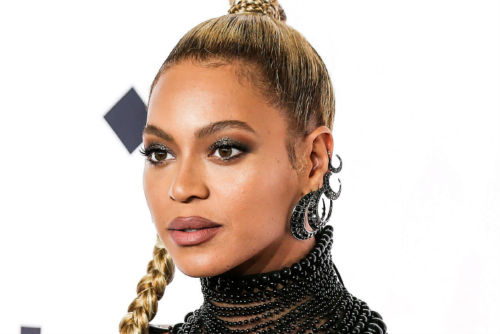 Adidas adds that the partnership “respects Beyoncé’s ownership of her company which continues her journey as one of the first black women to be the sole owner of an athleisure brand.” She joins the company’s star-studded lineup of “creative partners,” including Kanye West, Alexander Wang, Donald Glover, Kylie Jenner, Pharrell Williams, and others.

Though there’s no release date yet, fans have their credit cards ready to go for this collaboration. “You best believe I’m breaking my bank account when this comes out,” one said on Ivy Park’s Instagram page. “I got my coin ready,” says another. In the meantime, you can sign up for updates here.