This weekend, my family and I will get our Christmas tree from ye olde hallowed lots of The Home Depot and visit Saint Nick himself in the magical land of a six-story shopping mall, where my kids will present him with a wish list that, in my humble opinion as the person who actually has to buy all this crap, is total bullsh*t.

Let me do a slow clap and a major eye roll for the toy marketing companies, because they’ve done it again: convinced my kids they just have to have the hottest toys of the year, when I know they’ll lose interest in them in about two seconds flat. How do I know this? Experience. .. very expensive experience.

Two years ago, I shelled out $130 on eBay to buy the impossible-to-find Hatchimal my then-5-year-old daughter just had to have from Santa. I was actually pleased that I hadn’t had to spend more on the thing.

On Christmas morning, she opened it with excitement, proceeded to abandon it about 30 seconds after it hatched, and never touched it again. 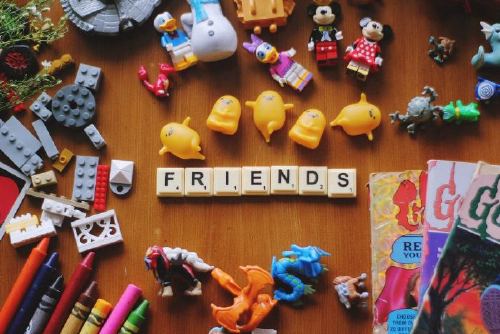 Ever the gift-giving fool, last year I fulfilled her request for a Hatchimal Surprise, list price $70, even buying one for her little brother, whom I didn’t want to miss out on the Hatchimal magic. Total time played with those four Hatchimals? Less than 10 minutes. Total money wasted? $140.

This year, I’m fighting back. When my daughter circled the Hatchimal HatchiBabies in this year’s Target toy catalog, I told her absolutely not. “But Santa will get it for me,” she replied. “Santa knows you never played with the Hatchimals you got last year and the year before that, sweetie, and he tries to give kids toys he knows they’ll actually play with,” I replied, rather cleverly, I thought.

Amazingly enough, she seemed to accept that answer without a fight. I, or should I say my bank account, was finally free of the toy that had eaten up almost $300 of my Christmas budget and delivered less than 15 minutes of child entertainment. I felt victorious.

But as I walked away, she called out to me. “Well, what about the L.O.L. Bigger Surprise?” she asked, circling it and its $90 list price before I could respond. I thought back to last year’s Christmas. She’d gotten two L.O.L. Big Surprises from both her grandparents and Santa (who knew every one had the same freaking surprises?). She’d spent at least an hour unwrapping the 50 surprises and seemed genuinely thrilled with each one. So, since I’m never as strong as I think I am when it comes to my kids, I ordered this year’s version on Amazon the next day. After all, I’m not a total Grinch, just a major sucker.

The Bachelor Doesn’t Film Nearly, as Long as You Might Think