We conducted this multicenter, randomized, noninferiority trial at 25 centers in 11 countries (Table S1 in the Supplementary Appendix, available with the full text of this article at NEJM.org). Men who provided written informed consent were randomly assigned in a 1:1 ratio to either the MRI-targeted biopsy group or the standard-biopsy group (Fig. S1 in the Supplementary Appendix). The assignment sequence used computer-generated, randomly permuted blocks of unequal size, stratified according to center. Group assignments were revealed by the Web-based system once a participant had been assessed as eligible and had provided written informed consent.

The full trial protocol, available at NEJM.org, has been published previously16 and was approved by the ethics review board at each participating institution. The trial was monitored by an independent trial steering committee and data and safety monitoring committee. The trial was designed by the Standards of Reporting for MRI-Targeted Biopsy Studies (START) working group,10 and final decisions were made by the first author and the last two authors. Data were gathered by the trial team members who are listed in Section S1 in the Supplementary Appendix. One author analyzed the data, and the analysis was independently verified by another author. The authors assume responsibility for the accuracy and completeness of the data and analyses and for the adherence of the trial to the protocol. The first draft of the manuscript was written by the first author.

No commercial entity was involved in the trial. The trial was funded by the National Institute for Health Research and the European Association of Urology Research Foundation, with trial governance from University College London. The funders had no role in the protocol development, data analysis or interpretation, or manuscript preparation.

Participants were recruited in outpatient clinics and were eligible for enrollment if they had not undergone biopsy of the prostate previously and had been referred with a clinical suspicion of prostate cancer on the basis of an elevated PSA level, an abnormal digital rectal examination, or both (Table S2 in the Supplementary Appendix). Participants were required to have a PSA level of 20 ng per milliliter or less, to have results on digital rectal examination that did not suggest extracapsular disease, and to be suitable candidates for biopsy of the prostate and for MRI.

Multiparametric MRI was performed with the use of a 1.5-T or 3.0-T scanner with a pelvic phased-array coil, with or without an endorectal coil (Table S3 in the Supplementary Appendix). T2-weighted, diffusion-weighted, and dynamic contrast-enhanced sequences were acquired according to minimum standards that have been set by consensus guidelines.8 Areas on the multiparametric MRI that were suggestive of prostate cancer were categorized by a local radiologist according to the Prostate Imaging–Reporting and Data System, version 2 (PI-RADS v2),9 on a scale from 1 to 5, with higher numbers indicating a greater likelihood of clinically significant cancer. Table S4 in the Supplementary Appendix provides details regarding the experience of the clinicians who took part in the trial.

Men who had a positive result on the multiparametric MRI – that is, in whom an area with a score of 3 (equivocal regarding the likelihood of prostate cancer), 4 (likely to be prostate cancer), or 5 (highly likely to be prostate cancer) was identified – underwent MRI-targeted biopsy with the use of real-time ultrasonographic guidance. A maximum of three areas that were suggestive of prostate cancer were permitted to be chosen for targeted biopsy, with a maximum of 4 biopsy cores obtained per area, resulting in a maximum of 12 biopsy cores obtained per participant. MRI-targeted biopsy registration (i.e., matching of the image of the target on MRI with the real-time image of the prostate during biopsy) could be performed by means of visual registration or software-assisted registration (also known as MRI–ultrasonographic fusion)10 and could be carried out through the transrectal or transperineal route, according to local expertise (Table S5 in the Supplementary Appendix). In the absence of abnormal areas on the multiparametric MRI (i.e., a negative result, with a score of 1 or 2), the participant was not offered a protocol biopsy.

Biopsy was carried out by experienced operators who used a standard transrectal technique. A total of 10 to 12 biopsy cores were obtained from the peripheral zone of the prostate at the base, mid gland, and apex.17

Participants were followed until the visit at which their treatment decisions were made or until their 30-day postintervention questionnaires were completed, whichever was later. Participants who underwent further diagnostic tests as a result of the outcome of the treatment-decision visit were additionally followed until after the results of the further investigation were made available and recorded. These participants included men who had negative test results in either the standard-biopsy group or the MRI-targeted biopsy group and underwent additional testing. Participants who had negative test results in either group at the end of the trial period returned to standard-care monitoring at each center, which typically involved surveillance of the PSA level. Participants who underwent radical prostatectomy on the basis of their treatment decision were also followed until the pathological testing results of their radical prostatectomy were available. Participants provided written informed consent for long-term follow-up as part of future studies involving additional contact from the trial center and linkage to national databases.

Uroradiologists and pathologists at the coordinating center, who were unaware of the results of the original reports, reviewed 25% of the multiparametric MRIs and 15% of the original pathological specimens. These MRIs and specimens had been chosen at random from participants at every site.

Using a noninferiority margin of 5 percentage points that was agreed on at an expert consensus group meeting10 and a one-sided alpha level of 2.5%, we calculated that the randomization of 422 men would provide the trial with 90% power to show the noninferiority of MRI, with or without targeted biopsy, to standard biopsy, assuming a detection rate of clinically significant cancer of 40% in the group that underwent MRI, with or without targeted biopsy, and 30% in the standard-biopsy group. This sample size was increased to 470 to allow for a 10% rate of withdrawal and loss to follow-up. Detailed justification of the sample size is provided in the protocol.16

The statistical analysis plan was prespecified and approved by the data and safety monitoring committee before the analysis of any data. For the primary outcome, if the lower boundary of the two-sided 95% confidence interval for the difference in the rates of detection of clinically significant cancer in the MRI-targeted biopsy group relative to the standard-biopsy group was greater than −5 percentage points, then MRI, with or without targeted biopsy, would be deemed to be noninferior. Furthermore, if the lower boundary was greater than zero, superiority would be claimed. The difference was estimated with the use of a generalized linear mixed model (with the use of an identity link function with a binomial distribution) that included trial center as a random effect.

All the participants who underwent randomization were included in the primary intention-to-treat analysis. Analyses were repeated in the modified intention-to-treat population and the per-protocol population as sensitivity analyses (Table S7A, S7B, and S7C in the Supplementary Appendix). The modified intention-to-treat analysis excluded participants who did not complete a diagnostic test strategy; this analysis was carried out to prevent unequal withdrawal in the two groups from contributing to a difference between the groups. The per-protocol analysis included only men who underwent the randomly assigned testing procedure as specified in the protocol; this analysis was carried out because this was a noninferiority trial, so a per-protocol analysis would reduce the chance of biasing the result toward the null. If, after participants had undergone the trial test procedures, further tests provided different information about the presence of cancer, no adjustment was made to the analyses of the primary and secondary outcomes. A post hoc Bonferroni correction was used to adjust for three secondary outcomes (proportion of men with clinically insignificant cancer, maximum cancer core length, and health-related quality of life), with a two-sided P value of less than 0.017 considered to indicate statistical significance. The methods of analysis of the other outcomes are described in Section S2 in the Supplementary Appendix.

Azelaic Acid, Are Skin-Care Enthusiasts Freaking Out About It 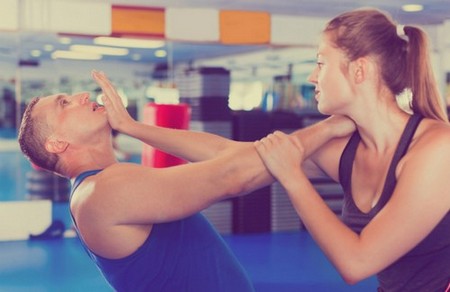